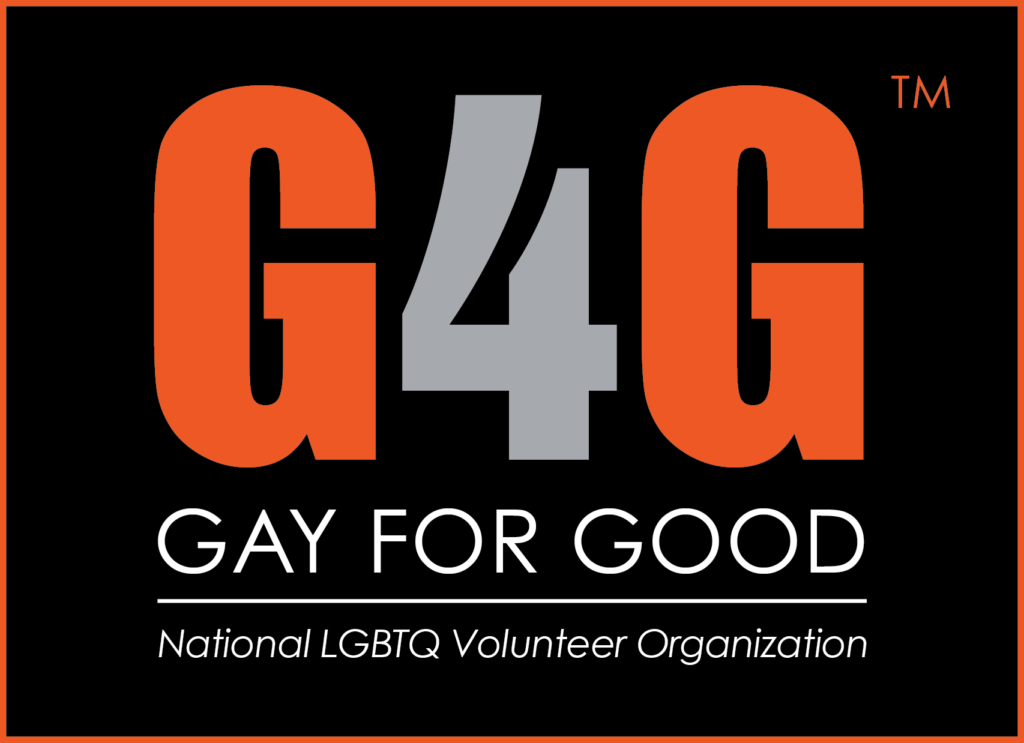 Long Beach, CA – At the core of service organization, Gay for Good is the idea that acts of kindness bring people together. Founded in California in 2008 by Steve Gratwick, Tony Biel, and Frank Roller, the now national nonprofit mobilizes LGBTQ and ally volunteers to participate in service projects in their communities. Gratwick, Biel, and Roller established the organization in response to the passage of Proposition 8, which banned same-sex marriage in California by public vote. The Gay for Good founders believed the way to change people’s hearts and minds was to build relationships in the community through service. The organization grew fast. After only two years, there were chapters in seven cities throughout five different states. Now, 13 years later, the organization has chapters in 18 cities, has served 579 nonprofits, and has executed over 1400 service projects.

Community building has always remained at the heart of Gay for Good’s mission. The organization offers a unique opportunity for volunteers to create their own chosen family with other participants while also strengthening connections to their broader community. At the helm of this work is executive director Anne Friedman, who first discovered Gay for Good while searching for a way to meet other LGBTQ people after coming out later in life. Friedman fell in love with the mission and quickly joined the leadership team. At the time, Gay for Good was completely volunteer run, but it needed a full-time leader to keep growing. So, three years ago, Friedman quit her job and made Gay for Good her life.

Queerty spoke with Friedman about the power of the organization, the communities it has served, and the relationships it has fostered.

Asked why Gay for Good grew so fast, Friedman said that the organization offered a very different way to connect and meet with other queer people. “It was outside of the bar scene, it was out in the community on hiking trails, at food banks, in animal shelters. It was really this unique and innovative way to bring people together to not only serve the community, but to meet each other and to build community within the organization. I think that really spoke to a lot of people . . . I think the other draw for people was an opportunity to get to know people and hopefully change hearts and minds through our interactions with them out in the community,” she said. “Over the course of a morning, standing side by side with a neighbor or serving a neighbor, we find that prejudice and misconceptions, those things fall away. You hope that by the end of your time together people realize we’re all just human beings, we’re all just people who have the same wants and needs. I also think we provide a unique space for LGBTQ people to come together. Oftentimes, our volunteers do lack support from their families or aren’t out at work, and for them to go out to a nonprofit and do charity work and be out and open isn’t always easy.

There’s something about the safety in numbers, safety in being around likeminded people and knowing when we show up, the nonprofits know who we are before we’ve gotten there, so there is going to be the rare eye roll or side look, but for the most part we find that we are not only welcomed, we’re invited back time and time again . . .Every single chapter is a warm, welcome space for anybody, not just the LGBTQ community, but anybody, all of our allies, our friends, and families are welcome.” On the east coast there are chapters in Washington, Philadelphia, New York City, and Boston. (Queerty – Molly Sprayregen at https://www.queerty.com/gay-good-mission-change-world-one-act-kindness-time-20211207?utm_source=Queerty+Subscribers&utm_campaign=b10ff0c8ea-20211207_Queerty_Newsletter&utm_medium=email&utm_term=0_221c27272a-b10ff0c8ea-431876119)