Famous Fire Island is a place to visit in the summer for a mini “gaycation.” It’s located off the southern shore of Long 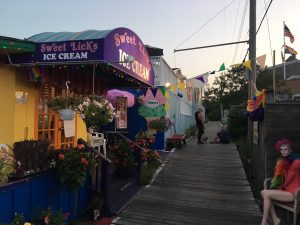 Island. The island is 31 miles long and varies between 520 and 1,300 feet wide. The drive from Baltimore to the Sayville Ferry Service is about four-and-a-half hours and the ferry ride is about 15 minutes. The two car-free communities that receive a lot of attention from the LGBT community are Cherry Grove and Fire Island Pines. Transportation is only by foot on neatly constructed boardwalks. To haul things around, you either need luggage with wheels or toy wagons. By the nature of these two communities being geographically isolated from the other parts of the island, they became and continue to be safe havens for the LGBT community. There are rainbow flags and same-sex couples holding hands everywhere.

Cherry Grove (often referred to as The Grove) is a small community with a year-round population of only 2,000. It is 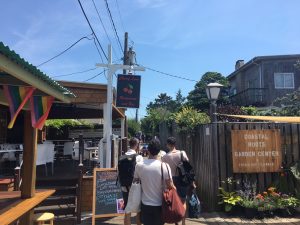 credited as being one of the first areas in the US where the LGBT community could live without facing discrimination and oppression. In the 1940s, it was a well-known place where LGBT actors and writers could escape to. The Cherry Grove Community House and Theater opened in 1948 and was recently added to the National Register of Historic Places for being the oldest continuously operating gay and lesbian theatre in the US.

“Downtown” Cherry Grove is so small that you could miss something with just a blink of an eye. It has a seasonal post office and a tiny hardware store. There are about seven small restaurants that serve everything from a slice of pizza to fancy seafood. The famous “Sweet Licks” ice cream shop is a popular place to visit after dinner. The jumping Ice Palace with its very popular underwear-only Friday nights is a great place to dance. You can also go dive into the Grove Hotel pool after 2 am. The hotel is adjacent to the Ice Palace.

While in Cherry Grove, the stunning Belvedere Guest House for Men is a must-see. It is a Venetian palace-style 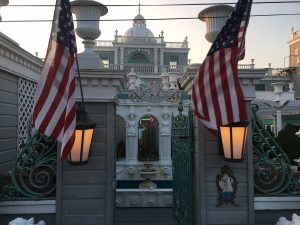 property that stands out. Each room has a theme décor ranging from baroque to naval. There is also a rooftop terrace that provides a great view of the ocean, decks for sunbathing that have the ocean in the background, and a small pool. Note that it is clothing optional so you may encounter a man in his birthday suit by the pool.

Fire Island Pines (often referred to as The Pines) is also known as being one of the first towns that accepted the LGBT community. Since the 1920s, it’s been an area with very liberal attitudes toward sexual identity. Today, the area is filled with members of the LGBT community. It is also an area that screams highfalutin. The area has some of the most expensive real estate on the island and it is not uncommon to see expensive yachts floating around or docked on the Pines Harbor pier. It has 600 houses and a large condominium complex. Its summer-seasonal population is around 3,000 and its all-year population is around 300.

The Pines has a tiny area where its nightlife is concentrated. Sip-n-Twirl is a popular gay bar with an amazing dance floor that blasts today’s hits. It also has events, such as drag shows and movie nights. The Pavilion is a dance club that offers great lighting and sound. The Blue Whale is a popular waterfront gay bar and eatery with drag brunches, dance parties, seafood, and cocktails. It is also located on the popular Harbor Walk, where many gather in the evenings to watch the sunset.

The Pines is also known for having several high-profile events during the summer. The Fire Island Dance Festival is 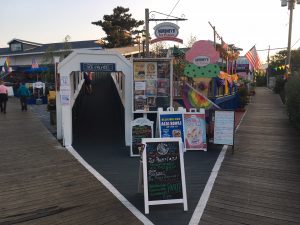 a weekend where world-class dancers perform. The diverse lineup of choreographers perform on a stunning waterfront stage. The event has raised over $5.5 million and it gets more popular each year. The Invasion of the Pines is a famous drag-queen parade that is held each year on the Fourth of July. The event starts in Cherry Grove. Drag queens parade through Cherry Grove and meet at the Ice Palace Bar. Then they get on a chartered ferry boat and sail to the Pines Harbor. Thousands of cheering fans greet the drag queens as each leaves the ferry and marches onto the dock. The original act took place in 1976.

With Fire Island being so close, the LGBT heritage so storied, and the community so welcoming, a weekend trip should definitely be planned!