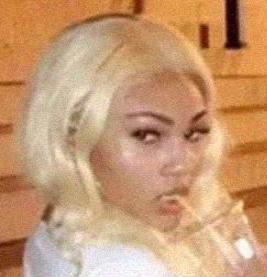 Dallas – Friends of Daniela Calderon, a trans women who was seriously injured in an attack on September 20th in Northwest Dallas, have set up a GoFundMe page to help pay her medical bills. Domingo Ramirez-Cayente, the man who has been charged with shooting Calderon multiple times in the chest, abdomen, and arms after shouting transphobic slurs at her, has been released on bail from the Dallas County Jail.

According to Stacey Renee Monroe, who established the GoFundMe page, Calderon’s injuries “required emergency surgery, in which doctors had to do a small bowel resection, repair the brachial artery in her right arm, and perform exploratory surgery where they discovered an injury to her liver.” Monroe added that Calderon is “out of critical condition, but the road to recovery will be long. With no family nearby or significant resources, Daniela is currently confined to a Dallas hospital bed with catastrophic injuries. In addition to your prayers, Daniela needs money, and she needs it fast. She needs it to pay medical expenses, rent, bills, food, and anything else she may need on her road to recovery.”

At least 20 transgender women have been murdered in the US this year. Two of those women – Muhlaysia Booker and Chynal Lindsey – were murdered in Dallas, and two more Dallas women – Calderon and another woman’s whose identity has not been released by police – have been seriously injured. Earlier this week, ABC’s Nightline aired a two-part special on the epidemic of violence against trans women. The special included interviews with Dallas Police LGBT Liaison Officer Amber Roman and several trans advocates, including award-winning blogger Monica Roberts of Houston. [Editor’s note: Bailey Reeves, a trans woman, was killed in Baltimore on Labor Day, one of at least three trans women murdered in Maryland this year.] (Dallas Voice – Tammye Nash at Dallasvoice.com/friends-raising-funds-for-injured-trans-woman)