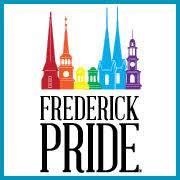 Beginning in 2014, the festival moved to its current location on Carroll Creek Linear Park in the heart of downtown Frederick, and brought out an estimated 3,000 attendees. The walkways were filled with tables and booths from other local non-profits and vendors interested in forming a connection with the LGBTQ community. In 2015 Frederick Pride took place on a rainy weekend, but the turnout was still strong in spite of the grey weather. But the sun was back in 2016, the “Five years out and proud” festival. This was the first year that Frederick Pride brought in a national name performer, in the form of RuPaul’s Drag Race alumna, Trixie Mattel. In partnership with The Lodge Show and Dance Club, Frederick Pride has continued to put on an incredible show. Bolstered with a strong lineup of incredible locally-based drag performers, the 2017 festival headlined with Manila Luzon, also a RuPaul’s Drag Race alumna.

Building of the continuing growth of Frederick Pride in its first six years, the 2018 festival is ready to raise the bar yet again. The Pride 2018 event chair, Nicole Beller, had a clear goal in mind for this year’s celebration: “I want to be sure that this year’s Frederick Pride festival shows the true diversity of the LGBTQ community. This is an event where everyone should feel welcome, and it’s my goal to make sure ‘inclusive’ is a word folks use to describe our event.” The event is organized by an entirely volunteer team of experienced planners and dedicated community members. Frederick Pride has maintained its relationship with The Lodge Show + Dance Club, and has secured another RuPaul’s Drag Race alumna as the headline drag performer. Chi Chi Devayne of Shreveport, Louisiana first became known for competing in season 8, and more recently in RuPaul’s “Drag Race All Stars,” season 3. For the first time, Frederick Pride will also have a music headliner: transgender country singer Brody Ray Runge. Brody Ray is competing in season 13 of “America’s Got Talent,” airing currently. Prior to that show, Brody Ray auditioned for “The Voice” and “American Idol.” He was also featured in an episode of TLC’s “Strange Sex”.

In another first, Frederick Pride will spread into a second city block. The festival will run between Market and East streets on the linear park. This will allow for a third acoustic performance stage, and an expanded children’s activity zone. In addition to performances throughout the day, there’s a runway walk competition teens and young adults, and a pride fashion runway for younger children. There will be two after parties for the event: an 18 & up party at Area 31, hosted by the She/They art collective, and the 21 & up official after party at The Lodge Show and Dance Club, which will include an encore performance from Chi Chi Devayne.

“I’m excited and proud to be a part of this. This is my fourth year being involved in the planning process, and we have such an amazing team of volunteers. For us, it’s not a burden; it’s a labor of love,” Beller said. “I’m just hoping that the weather holds and we have another gorgeous sunny day for our celebration.”

Frederick Pride takes place on Saturday June 23rd, from 11 am to 6 pm. Event information can be found at Thefrederickcenter.org, or at Facebook.com/FrederickMDPride.

All proceeds earned from the event help pay for The Frederick Center’s programming year round, including support groups for adults, youth, and family of transgender individuals; LGBTQ 101 training sessions, and an annual day-long conference.