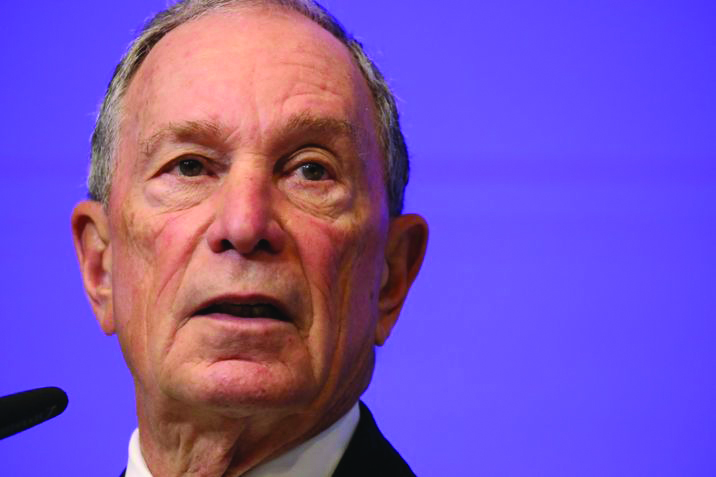 Seattle – What could the LGBT community expect from Michael Bloomberg, the billionaire former mayor of New York, if he finally decides to take the plunge and run for the Democratic presidential nomination in earnest? While all the leading Democratic candidates have already released detailed plans designed to attract LGBT voters, Bloomberg hasn’t even decided if he’s in or out of the race. All he can be judged on is his record – and that is spotty.

“Like so many things in life, where you stand on Bloomberg’s contribution to the LGBT movement depends on where you sit,” reporter Kerry Eleveld wrote in the Advocate in 2013. “Those who championed the 2011 marriage equality push consider him a hero for helping persuade state Senate Republicans to listen to their better angels. Those who work on issues of poverty and homelessness, which disproportionately affect LGBT youth, dismiss him as an impervious economic elitist who has largely turned a blind eye to New York’s record homeless population and an inadequate shelter system.” When Bloomberg was mayor of New York, in one of his first acts as mayor, he signed a 2002 transgender rights bill into law. He also donated hundreds of thousands of dollars to successful marriage equality campaigns in Maine, Maryland, Minnesota, and Washington state.

However, in a Washington Post column published November 11th, gay African-American journalist Jonathan Capehart said Bloomberg has no hope of being the Democratic nominee due to his backing of “stop and frisk,” that disproportionately targeted black and Hispanic men. “If African-Americans are the foundation of the Democratic Party and no candidate will win the nomination without their support,” Bloomberg’s defense of “stop and frisk” when he was mayor “will make his candidacy a nonstarter for them,” Capehart observed. (Seattle Gay News – Mike Andrew at Sgn.org/sgnnews47_46/page3.cfm)