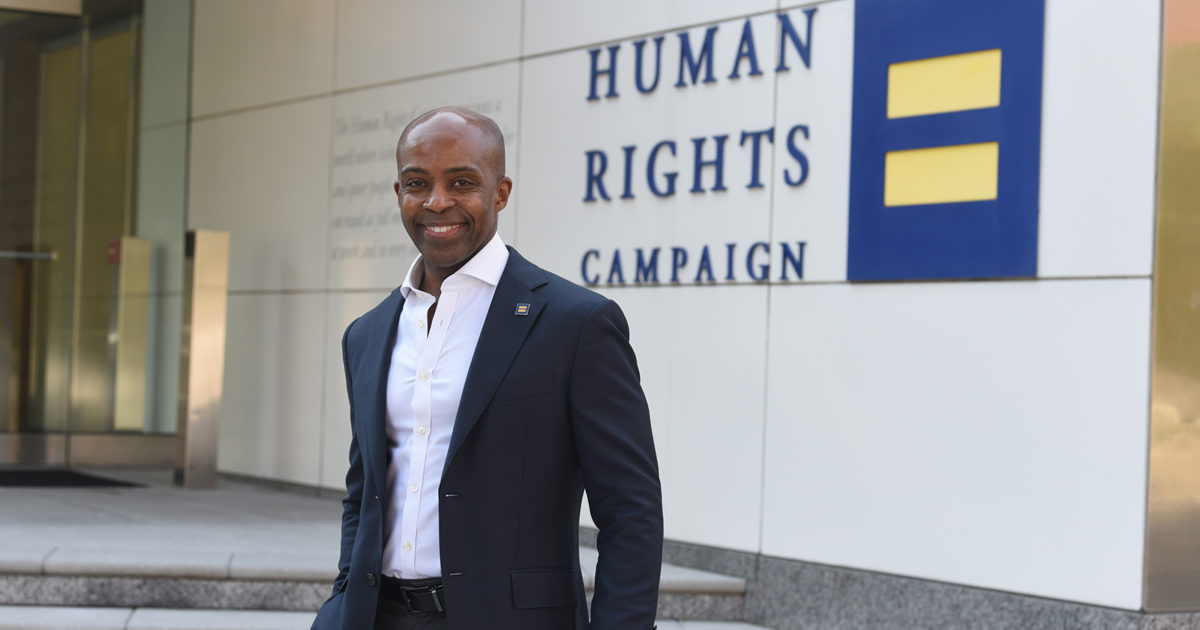 Washington, D.C. – Alex Bollinger reports for LGBTQ Nation that the Human Rights Campaign (HRC) is being sued by its past president for racial discrimination. HRC is one of the largest LGBTQ organizations in the country. It fired its president Alphonso David – the organization’s first Black leader – last September following accusations that he tried to help provide cover for New York Gov. Andrew Cuomo’s (D) alleged sexual harassment. David saying racial discrimination is “rife” at the LGBTQ organization. “HRC underpaid David, and then terminated him, because he is Black,” his complaint states. The lawsuit was filed in a federal court in New York and he’s seeking both compensatory and punitive damages.

Last year, a report filed by New York Attorney General Letitia James on her investigation into Cuomo mentioned David several times. David worked as a lawyer and an advisor for the governor before he started at HRC in 2019, and he allegedly provided documents about a woman who accused Cuomo of sexual harassment that were later used by others in the Cuomo administration to attempt to discredit the accuser. He was also accused of passing around a letter for signatures that would have undermined the accuser’s credibility.

HRC stood by David at first, but faced backlash from people. HRC launched an investigation into his actions, and a month later he was fired for a “violation of HRC’s Conflict of Interest policy and the mission of HRC” that damaged HRC’s “interests, reputation, and prospects.” Now David is suing, saying that HRC maintained a “racist, biased culture” and that he was “unjustly” fired. The lawsuit says that David heard from a board member that he was paid less at first because he is Black. Another board member told him to stop mentioning racism in public comments. He said that a senior HRC executive said that “white gay men” who donate to the organization wouldn’t like to hear him talk about racism. “I had to challenge a system and a pattern of bias that has not only affected me, but it has affected way too many Black and Brown people,” David told the Washington Post. “Discrimination and bias are rife within HRC. And I’m just the latest person to be affected . . . I’m hoping that we peel back the onion and find some sunlight. I’m hoping that we recognize that institutions that purported to represent all members of our community actually have to do just that.” HRC has not commented on the lawsuit. (LGBTQ Nation – Alex Bollinger at https://www.lgbtqnation.com/2022/02/ex-president-alphonso-david-sues-hrc-racial-discrimination/?utm_source=LGBTQ+Nation+Subscribers&utm_campaign=d79c205b3e-20220203_LGBTQ_Nation_Daily_Brief&utm_medium=email&utm_term=0_c4eab596bd-d79c205b3e-433273132)