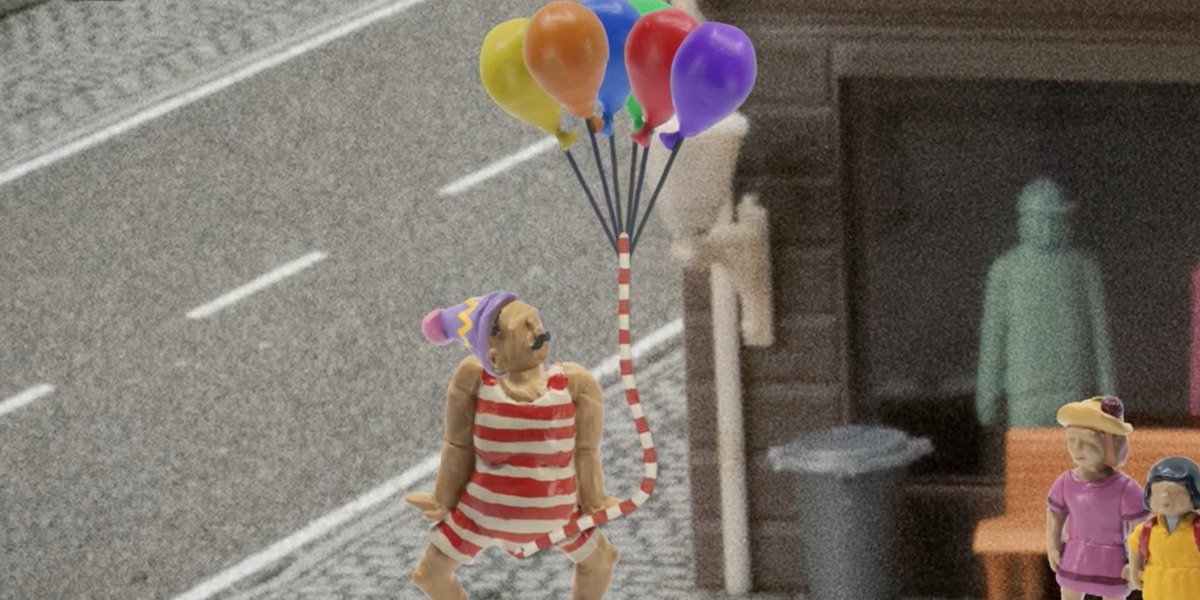 Copenhagen, Denmark – CNN reports that Denmark’s flagship broadcaster has suffered blowback over its newest children’s TV program, “John Dillermand” — an animation starring a man with a penis so massive and flexible it can save children from danger, fetch objects from a river and operate as a pogo stick. The show, whose 13 episodes are available to watch on the DR network’s website, follows its titular character as he navigates an array of unexpected scenarios caused by his inexplicably huge genitalia. DR is Denmark’s oldest and most well-known broadcaster.

In episode one, for instance, the mustached Dillermand uses his gigantic, stripey organ as a lead for his dog — but quickly finds himself inundated with requests from his neighbors to take their pets out for a walk, too. At another point in the show, he is stuck floating in mid-air after balloons are tied to his groin.

In another episode, he breaks a friend’s vase with his penis and must raise money to pay them back, and in a third, he uses it to steal an ice cream at the zoo. The show’s opening montage also shows him using his genitals to keep a lion away from a group of children.

The show was generally met with hilarity in Denmark and across the internet, with many praising it as an appropriate and light-hearted way to teach children about the human anatomy. But some took issue with the main character’s central trait. Danish politician Morten Messerschmidt, a member of the right-wing Danish People’s Party, said children should not be forced to watch a cartoon depiction of an adult man’s groin. And a handful of parents have taken to the Facebook page of DR’s children’s network, urging them to remove the program. A spokesperson for DR told CNN that most of those who criticized the program did so “without even (having) seen the show, because it wasn’t released yet.” “Now the great majority here in Denmark are … making fun of the few critics instead,” Sarah Cecilie added. “Hundreds of thousands is supporting ‘John Dillermand’ now.” “In Denmark it is now a huge success, and the children are watching it in big numbers,” she said, telling CNN that 200,000 people have viewed the first episode.

In the network’s online description of the show, they state that while Dillermand’s genitals get him into embarrassing situations, it can be used for good once he embraces that he is different. (CNN – Rob Picheta at https://www.cnn.com/2021/01/07/europe/denmark-john-dillermand-controversy-scli-intl/index.html)