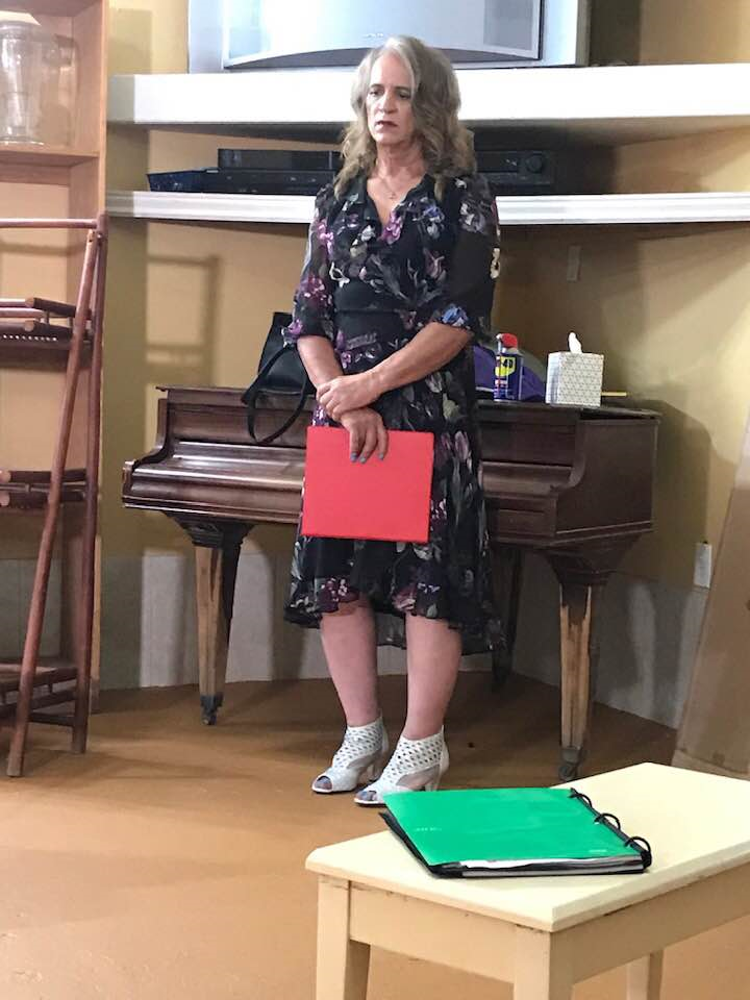 They say sometimes your passion finds you. In a spontaneous one-word outburst in rehearsal last night, I may have found mine. At the end of the play Trans Scripts that Im in currently, we are to call out names of transgender woman. Then it hit me. I yelled at the top of my lungs, Emma. My emotions flooded my senses. I could no longer hold back the last year and a half of tears Id held in. I broke down, cried. It was so intense that I had to find a quiet corner. When I reached the isolated area, I let the rest of that long trapped furry go. I slammed my fist into the wall over and over thinking how cruel life can be, just because you are rejected by your father and family.

Let me explain, I had just started to transition, when a friend asked me if I knew that a mutual friend in the film business had also recently transitioned. One thing that people do well is when the find out you are transgender and they know someone else who is transgender, they want to connect you. I have met some great people like this. And I really am happy that most people get this right.

Anyway, Blake Palmintier, who had recently transitioned to Emma, and I reconnected over the previous year and a half. Wed known each other for many years working in the film business, but we werent that close. Wed see each other at different events, even worked on several projects together. Over that last year or so we talked often and really connected on a deep level. We were both male to female transgender women.

We both shared a common issue that most transgender people struggle with, suicide. Because 46% of us attempt suicide. Let me say that again. Forty-six percent of transgender individuals attempt suicide. Not just think about it, but, actually take the jump, so to speak. Emma and I had both been driven to the edge more than once. Im finding it hard to write about this because of the emotions that connect to how this story ends are still raging a year and a half later. While I was lucky that my family tolerated / embraced me, hers did not. Her story ended at the barrel of a gun when she committed suicide in front of her family.

This tragedy reminds me of a meme that says Either you accept your LGBT child for who they are, or you can bury them because you cannot. Another says, Dont become your childs first bully. We are not trying to turn your sons and daughter into LBGT people, we are just trying to keep them from doing what Emma did  killing themselves.

I had written a script called Hummingbird, about a transgender female who struggles with suicide. Emma and I had talked about suicide on multiple occasions in connection to the script. She was excited about Hummingbird getting made as a proof of concept. She was supposed to work on the project a number of times, but something always seemed to come up. She had lots of excuses the last couple of days she was supposed to work on the project. However, she never did. I found out later that shed been spiraling out of control over her gender issues but like most transgender women wouldnt talk about it. Even to a close transgender friend.

We hide so much especially for transgender, male to female. At times we are incapable of letting people in. That was where I was. I call it the funny man syndrome  you wear the mask of a comic like Robin Williams, yet you are dying inside.

Because of this I have decided that I want to be an international spokeswoman on transgender issues. I miss you Emma  it should never be like this. Love, light, and godspeed my friend  may you truly find the peace you deserve. Sophie