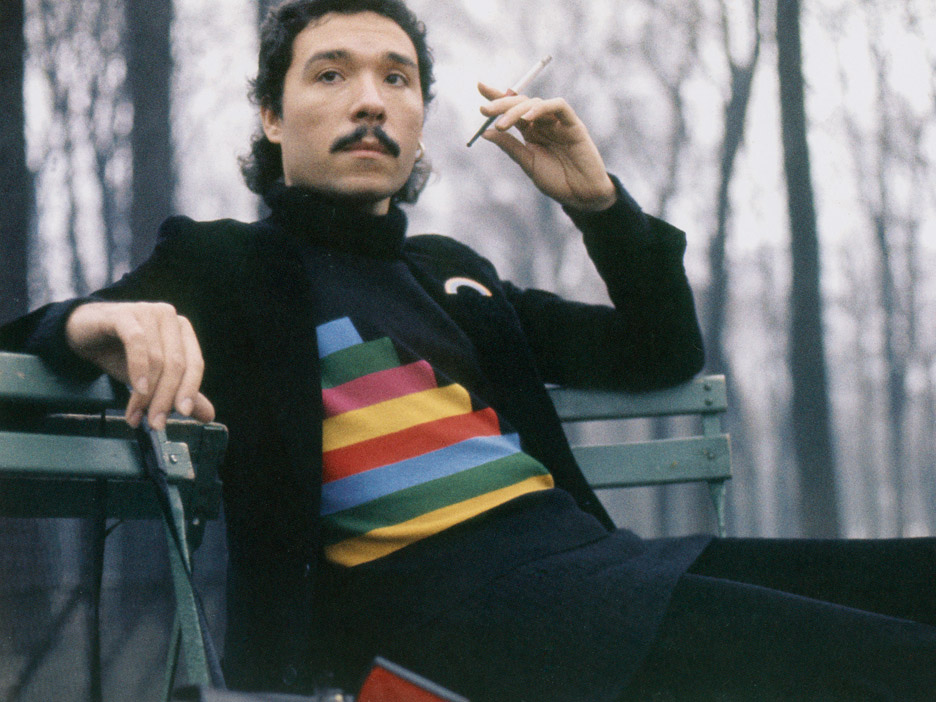 Everyone pretty much knows who Andy Warhol is. Warhol made a name for himself with his illustrations, photographs, prints, movies, his group of friends and collaborators, and just by being “Andy Warhol.” Andy Warhol’s talent and persona kept him in the spotlight until his untimely death in 1987 (and that was 19 years after he was shot by Valerie Solanas, an event that caused physical and emotional scars that many attribute his death to). There is now a museum dedicated to his work in Pittsburgh (go visit – it’s worth the trip). But Warhol wasn’t the only artist making an impact upon the world during his 1970s heyday – he was just able to ride the wave of stardom better than most.

There was another artist who burst onto the scene in 1969 who really was a rock star in the world of fashion illustration – Antonio Lopez. Neither his name, nor the name of his partner and lover Juan Ramos, may be as familiar today as Warhol’s still is but a new documentary, Antonio Lopez 1970: Sex Fashion & Disco, aims to right that wrong.

Lopez took the fashion world of New York City by storm in 1969 with his expressive line drawings that gave more of a sense of motion than fashion illustration had before. While Lopez did the illustrations, Ramos refined the work and added the vibrant colors that became their stylistic calling card, a calling card that had designers and magazines knocking down their door for more. In addition to the illustrations, Lopez was also a photographer who worked with models many would call non-traditional (and one of them even admits she would never have been hired as a model if it weren’t for Lopez) with unusual but distinctive looks that set them apart from the rest of the modeling world. Lopez and Ramos’s star rose even further when they relocated to Paris to work with Karl Lagerfeld, with their entourage of models and friends in tow, indulging in an extravagant and some might say debauched lifestyle that ultimately led to Lopez’s untimely death, also in 1987, from AIDS (while Ramos was Lopez’s long-time lover, Lopez indulged in relationships with both men and women).

The documentary is a fascinating and in-depth look at Lopez’s life as an artist during that time (as well as Ramos although he takes the back seat here much as he did in real life), examining his creative process and the demons that often kept him from creating as he had deadlines approaching. The film features input from many of the people who were there, the models/muses Pat Cleveland, Donna Jordan and Jane Forth, as well as actresses Jessica Lange (who became part of Lopez’s inner circle about the time she was cast for King Kong and after a frantic search for her after he lost her phone number) and Patti D’Arbanville, and collaborators Bill Cunningham, Paul Caranicas, Michael Chow (of Mr. Chow’s restaurant) and Grace Coddington, all of whom describe how much they all loved Lopez. It’s also touching to see some of Lopez’s friends become very emotional when confronted with memories of his death. Unfortunately, some of the bigger names associated with Lopez and Ramos – Lagerfeld, Grace Jones, and Jerry Hall (who was basically discovered and molded into “Jerry Hall” by Lopez) – are non-participants although there is a wealth of archival footage with them, including the “wedding” of Lopez and Hall.

Antonio Lopez 1970: Sex Fashion & Disco also includes some of the well-known disco music of the era as a soundtrack. Overall, the film is a fascinating look into the life of an artist (two artists, really) who aren’t that well-known outside of the fashion/advertising industry today but hopefully this film will shine a new spotlight on them. My only complaint about the movie is that at 95 minutes it’s too short (and it’s not often that I complain about a movie being short). It’s a totally fascinating look not just at the people but the whole era of the freewheeling 70s and I definitely want to see more.

The new DVD release from Film Movement also includes some archival footage (excerpts of which are seen in the movie) and extended interview clips with photographer Bill Cunningham, who sadly passed away in 2016 after suffering a stroke (he gets an on-screen dedication during the film’s credits). There’s also a short film, You Can’t Do Everything at Once, But You Can Leave Everything at Once, that attempts to create a narrative from a collection of found and archival footage … which has absolutely nothing to do with Antonio Lopez and Juan Ramos, so its inclusion here is a puzzlement. Aside from that, Antonio Lopez 1970: Sex Fashion & Disco is definitely worth adding to your collection.