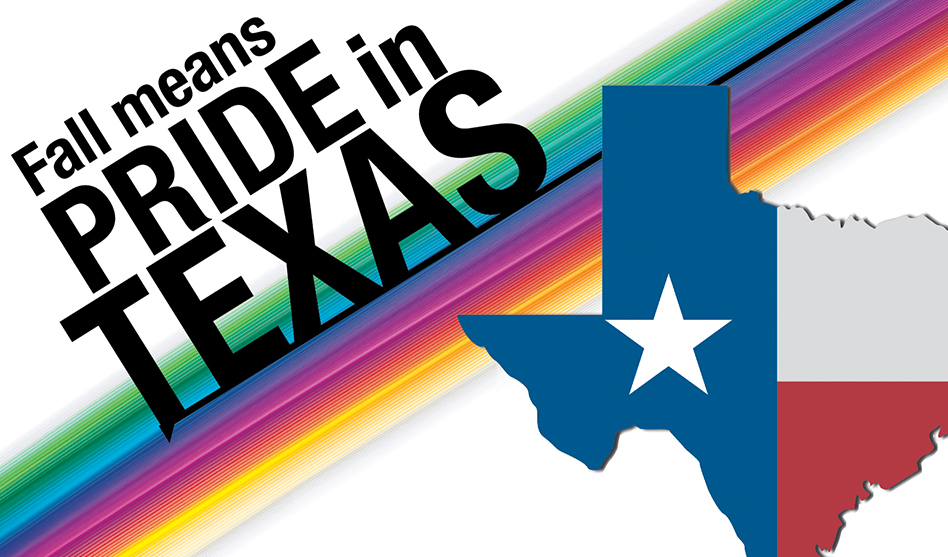 Dallas – June may be the official LGBTQ Pride month in most places but Pride broke out all over Texas this fall! First-ever Pride celebrations were held in Tyler and Wimberly, Dallas Southern Pride occurred from September 25th to 29th, Tarrant County Pride had two days’ worth of events October 5th and 6th, and Galls celebrated Texas Latino Pride on October 5th.

Both Tyler and Wimberley celebrated their official Pride events in style. Wimberly Pride was held September 20th and 21st and Included a Pre-Pride Kick-off Party on Friday, a Pride March Pre-Party on Saturday, the Pride March, and the After Party. Tyler Area Gays – TAG – has been around since 2008, explained Caroline Sanchez, the organization’s chair and volunteer coordinator, and has been staging picnics in the park for several years now. “But,” she said, “this [was] our first Pride. This [was] the first time we are actually calling it Pride.” The TAG Pride in the Park picnic took place at Southside Park. Sanchez said that TAG provided free burgers and hot dogs with all the trimmings and side dishes to share. More than 40 vendors registered to participate – everything from the Boy Scouts, wedding planners, Walmart, and HIV testing services, to puppies looking for a forever home. Sanchez commented, “We are all part of this community, so let’s work together to make it better for all of us.”