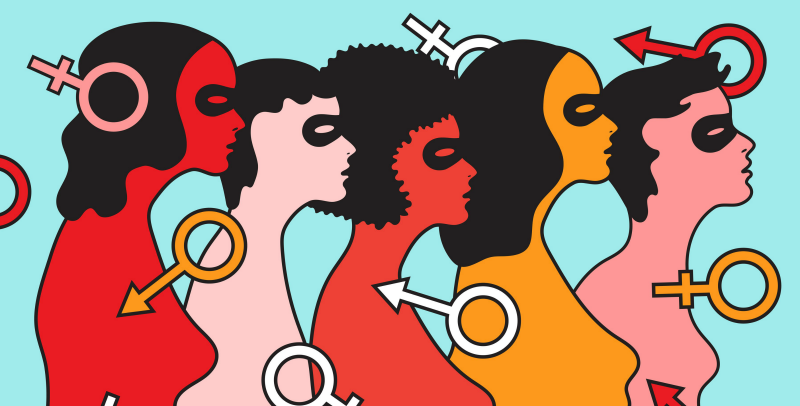 I’m a queer non-binary person in my early 30s, and I was recently approached by a woman in her early 20s who’s interested in pursuing a relationship with me. Despite the age difference she seems mature and level headed, and I’m totally attracted to her. However, she’s completely new to her queer identity, and I would be the first non-cis male she’s slept with. I’ve actually never “taken someone’s virginity” (ick), and I know that’s not exactly what’s happening here, but I do feel personally invested in making sure she’s okay. How do I do this right?

I appaud you on your concern for your potential beau! While for some LGBTQ folks their first foray into queer sex happens organically, comfortably and with little fuss, many aren’t afforded the same ease. Sometimes it’s a consent issue, sometimes it’s a substance issue, and other times it’s fraught with overwhelming anxiety (which could be the consequence of having a sex partner less sensitive to the weight that one’s first time could carry).

If I were you, I’d set aside intentional time with her to initiate a conversation specifically about beginning a sexual relationship. I recommend budgeting enough time so neither of you feel rushed, as well as scheduling the conversation outside of the bedroom (say, over a dinner at a local restaurant with relaxed ambience). Here’s my best advice for setting you and your love interest up for maximum success.

1) Reassure her that she doesn’t have to know what she wants yet. I love the advanced negotiation strategies that often define queer sex just as much as the next slut, but when you’re dealing with a novice, directly inquiring after their desires, needs, dislikes and boundaries can often feel overwhelming. Instead, ask her what she’s enjoyed when having sex with cis men as well as what she enjoys while masturbating. Does she enjoy penetration? Having her g-spot or clitoris stimulated? Her nipples played with? Etc. Then take that information and suggest activities that have overlap. Make sure you put an emphasis on exploring each other’s bodies without expectation of a particular result (cough orgasm cough) to help relieve any perceived pressure she might be feeling.

2) Go easy on the substance use for the first handful of times. Trust me, I’m not advocating for total sobriety, but when we’re nervously anticipating something we tend to turn to drugs and alcohol to act as a neurological lubricant. Unfortunately, overestimating your ability to communicate, connect with your body, and physically function while under the influence can lead to dissatisfying sexual encounters. Advise your beau of this and be responsible!

3) The queer sex learning curve is vast. Let her know that she has all the time in the world to catch up. Whether it’s a matter of communication competency, skill acquirement or memorizing all of the shorthand definitions thrown around the community (eg, “topping,” “bottoming,” “kinky,” “strapped,” etc), constantly reminding your person that every single queer person has had to “learn the ropes” will give her permission to feel less self conscious about her unfamiliarity.

4) Remember, enthusiasm is an excellent anxiety salve. When I first started sleeping with women, I wasn’t prepared for the insecurity narratives that came with it. Although I’d started sleeping with cis men seven years prior, I found myself emotionally spiraling back into all the self doubt I had the first time I ever had sex. What if my partner went down on me and didn’t like the way I smelled or tasted? What if I was bad at oral sex? Would they freak out if I brought my vibrator into the bedroom? Did they even find me attractive? Fortunately for me, all of my early queer sex partners were super into fucking me. Their unabashed enthusiasm – whether giving or receiving pleasure – was typically enough to calm my nerves and get me out of my head. Make sure you’re [authentically!] communicating your enthusiasm, both verbally and non-verbally, when interacting with your partner’s body, and encourage her to do the same!

5) Emphasize that queer sex gets better. Let your person know that when the day comes that they feel confident in their skills, they’ll be grateful for all the messy early attempts that low key taught them how to get better.

Best of luck to you both!