The Queer Queens of Qomedy 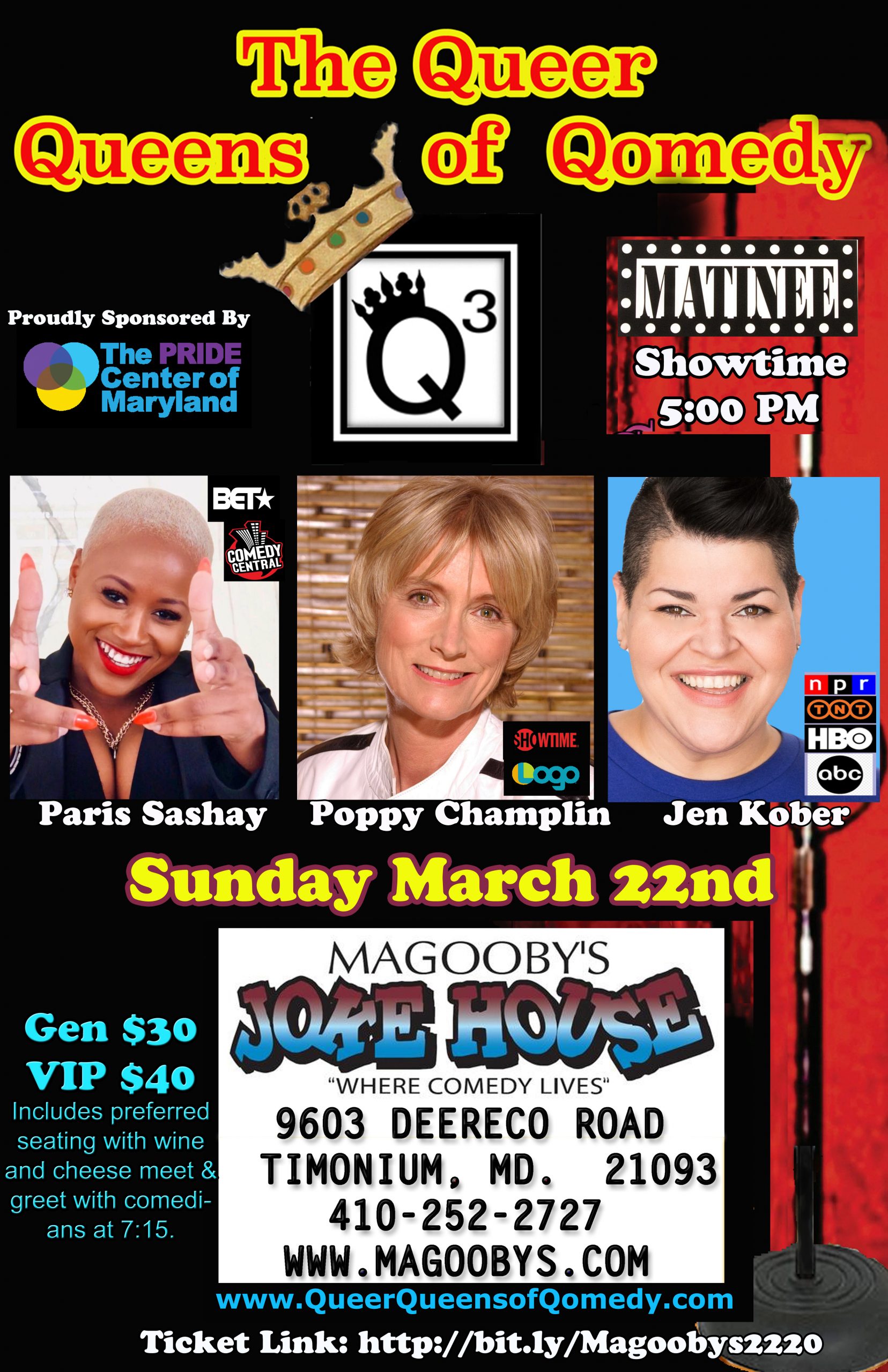 The Queer Queens are making a return visit to Baltimore. This high octane, high caliber show returns with a lesbian triple threat.   Paris Sashay is one of the funniest rising comediennes today with an infectious laugh, wit, and style. She has performed in ‘New Faces’ at Just For Laughs Festival in Montreal, worked with Wanda Sykes to shoot a special for her show  ‘Unprotected Sets’, was on Comedy Central, BET, FUSE and FOX.

Jen Kober another headliner nationally is bringing crowds to their feet.  From her award winning performances on NPR’s Snap Judgment to her performances on NETFLIX as a cast member of the new sitcom with Ru Paul AJ and The Queen.  Jen Kober is working this country over. She masterfully uses an assorted blend of stand-up, story telling and rock and roll improv. Jen is a tour de force.

Poppy Champlin the producer and host of the show has appeared on Showtime, HBO, Oprah and was also crowned America’s Funniest Real Woman on The Joan Rivers Show.   The Queens always keep the comedy coming, and boy do we need it. All Hail the Queens. Some proceeds are going to the Pride Center of Maryland. With Sapphire Books Publishing “The Gem in Lesbian Publishing as our proud sponsor.

Tickets are $30.00 for Gen and $40.00 for VIP which includes preferred seating and a meet and greet with the comedians after the show with wine and cheese.