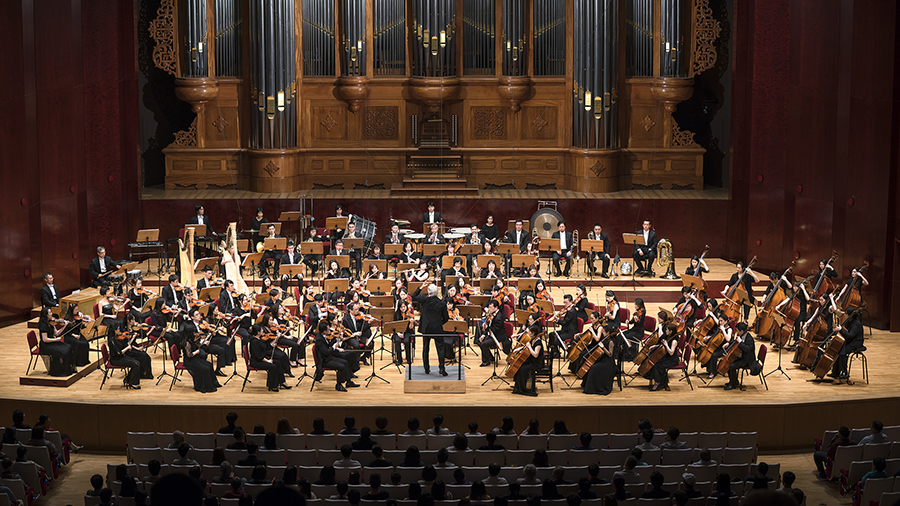 “The clarity, agility, and expressiveness of the TSO are awe–inspiring, an orchestra destined to take its place as one of the world’s top symphony orchestras.” – Saarbrücker Zeitung

Celebrating its 50th anniversary this season, the Taipei Symphony has grown from an ensemble of modest scale to a forceful musical presence known for its breadth of programming, extensive international appearances, and commitment to cultural diplomacy. The program’s centerpiece, Gordon Shi-Wen Chin’s poetic Double Concerto, features the prodigious talent of two Taiwan-born, U.S.-based virtuosi: Paul Huang, a winner of the prestigious Avery Fisher Career Grant and a cherished presence on the Washington Performing Arts season; and Felix Fan, the relentlessly creative, collaborative cross-disciplinary cellist and member of the Flux Quartet for whom this concerto was written. On the podium is Jahja Ling, widely credited as an orchestra-builder, who led the now-thriving San Diego Symphony to great renown as its music director.

This performance is made possible in part through the generous support of Susan S. Angell.