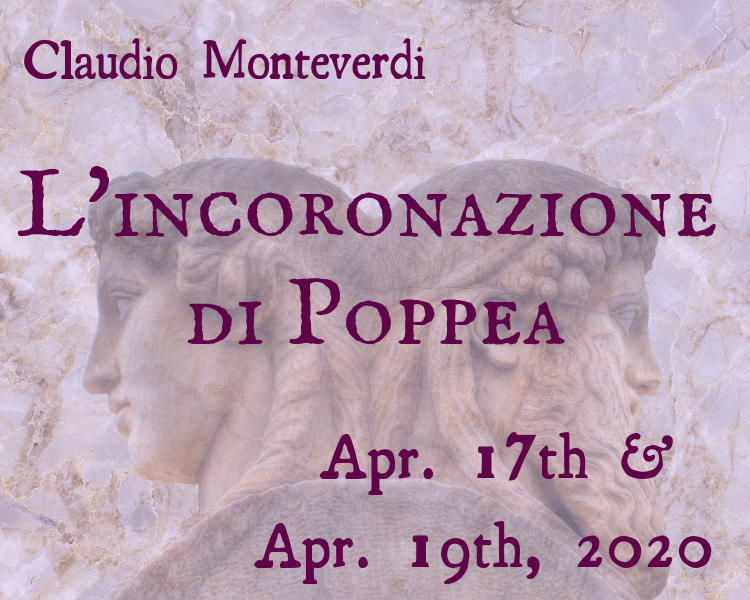 BCO ventures farther back in time than ever before to close our 11th season, with Claudio Monteverdi’s 1643 dramatic opera about love and death in ancient Rome, as the gods of Fortune, Virtue, and Love struggle for influence over mortals.  Emperor Nero has chosen the beautiful Poppea over his wife Ottavia, sparking multiple conspiracies among his inner circle. Ottavia convinces Ottone, who loves Poppea himself, to murder Poppea, and the kind-hearted Drusilla, who loves Ottone, helps him and then takes the fall for the crime.  The ill-fated attempt ends badly for all involved except for Poppea, who is crowned Empress at the end of opera. (That’s not a spoiler, it’s in the title.) This baroque masterpiece is a stylistic departure for BCO and a perfect way to end its season of operatic tragedies.

Join us for a free pre-performance lecture 30 minutes before each performance.