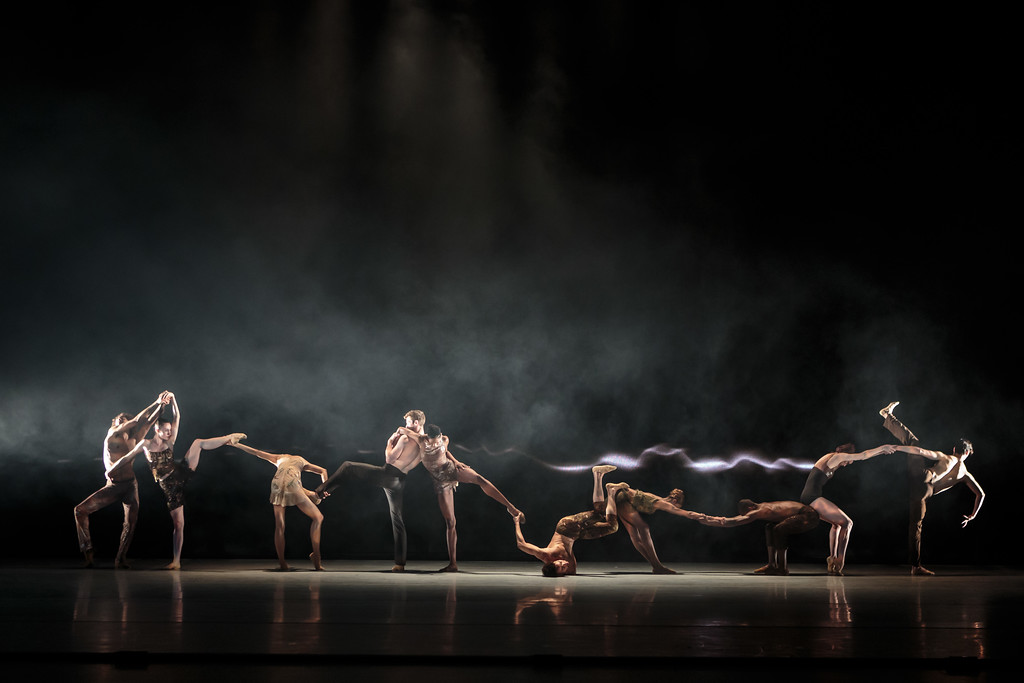 Since 1982, visionary choreographer Alonzo King has been redefining contemporary ballet by creating daring new works that marry the science of artistic movement with the beauty of other art forms. In his latest collaboration, Figures of Speech, King addresses the fact that languages of the world are vanishing at an alarming rate, and draws on the research of poet and activist Bob Holman, pioneer in the slam poetry movement and co-founder of the Endangered Language Alliance. His expressive choreography takes inspiration from a soundtrack of poetry recited by native speakers of languages nearing extinction and music played on traditional instruments. The movement interprets this soundscape, created by composer and sound designer Alexander MacSween, which is ethereal, alien, primal, and elegant. The San Francisco Chronicle proclaimed, “The finale, an unbreakable chain of 10 bodies, strong and sculptural, is a stunner.”