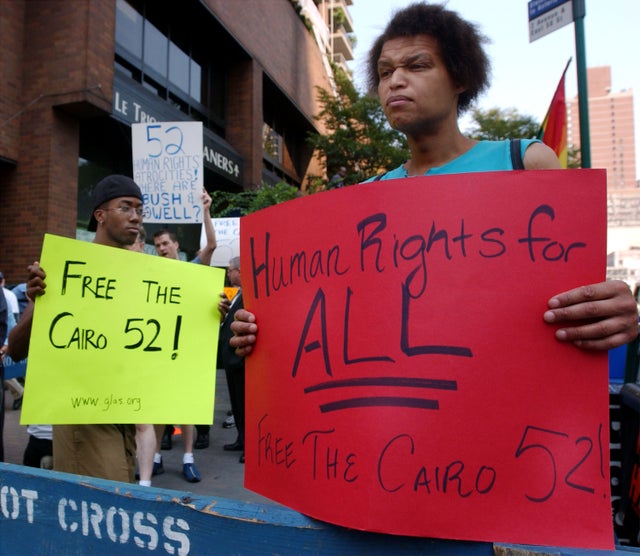 Cairo, Egypt – The independent reports that in a brutal effort to “clear the streets” of the LGBT+ community, security forces are entrapping Egyptians using dating apps, throwing them into jail, and subjecting them to systematic torture and abuse, a new report has found. Using social media and apps such as Grindr, Egyptian police are creating fake profiles that they use to meet gay, lesbian, bi and trans people, at which point they are picked up off the street and arbitrarily arrested, Human Rights Watch said on Thursday. Police then unlawfully search through the content of their phones to justify keeping them in detention and bring charges against them.

The attacks come amid a fierce anti-LGBT crackdown in the country following the 2017 Mashrou’ Leila concert, when a picture of Sarah Hegazy raising a rainbow flag among the crowd was widely circulated. She was quickly detained by police, who tortured her for months and incited fellow detainees to beat and sexually assault her. Hegazy killed herself three years later, sending waves of shock and solidarity worldwide. Rights groups say that since the concert authorities have stepped up arrests and prosecutions against LGBT+ people using vague discriminatory “debauchery” and “prostitution” laws. “Egyptian authorities seem to be competing for the worst record on rights violations against LGBT+ people in the region, while the international silence is appalling,” said Rasha Younes, HRW’s LGBT+ rights researcher for the Middle East and North Africa. (The Independent via The Peter Tatchell Foundation – Gemma Fox at https://www.independent.co.uk/news/world/middle-east/egypt-lgbt-gay-facebook-grindr-jail-torture-police-hrw-b742231.html)