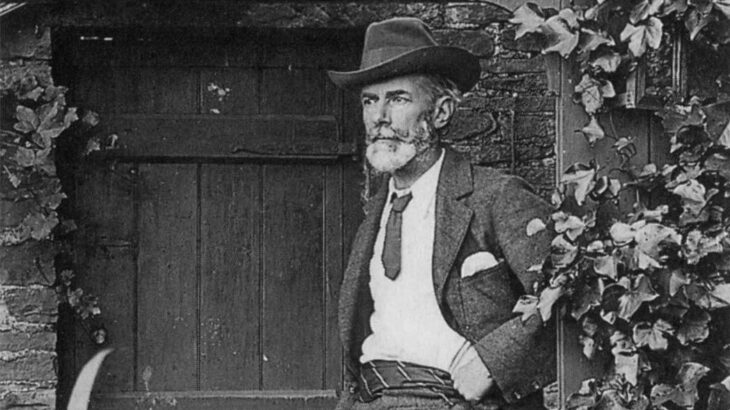 London, UK – Peter Tatchell writes in The Peter Tatchell Foundation Newsletter about Edward Carpenter. Tatchell states that Carpenter was a truly prophetic gay English author, poet, philosopher and humanitarian – a remarkable, trail-blazing nineteenth century thinker, with a huge breadth of ideas, from which we can still learn today. Arguably the true pioneer of the LGBT+ rights movement in England, and a gay political theorist of worldwide significance, he lived openly and defiantly with his long-time partner George Merrill from the 1890s onwards. This was incredibly brave, given that homosexuality was a crime in those days, punishable by up to life imprisonment.

In the late 1800s and early 1900s, Carpenter wrote some the earliest essays and pamphlets advocating homosexual law reform, such as Homogenic Love and Its Place in a Free Society (1894). He followed this up with a further volume that set out the case for the naturalness and acceptance of same-sex love – his ground-breaking 1908 book, The Intermediate Sex. In a bid to challenge homophobic prejudice and ignorance, he did, however, somewhat over-romanticize LGBT+ people and espoused the now-discredited idea that we are a third sex that combines the best of male and female. He proposed that this mix of masculine and feminine gave LGBTs unique insights and a capacity to help lead humanity to a more enlightened and humane state of being. He also spoke out enthusiastically for women’s rights; notably in his 1896 book, Love’s Coming of Age, which asserted that a just society must include the sexual and economic freedom of women.

Decades ahead of his time on many social issues, Carpenter advocated green socialism, women’s suffrage, contraception, curbs on pollution, sex education in schools, pacifism, animal rights, recycling, prison reform, worker’s control, self-sufficiency, vegetarianism, homosexual equality, naturism and free love. Several of his books anticipated the sexual revolution of the 1960s and the later green and animal liberation movements. Carpenter was undoubtedly a fount of progressive ideas across a vast range of issues and was decades ahead of his time. Bravo! Recommended reading: Edward Carpenter – A life of liberty and love. By Sheila Rowbotham. Published by Verso Books. (The Peter Tatchell Foundation – Peter Tatchell at https://www.petertatchellfoundation.org/edward-carpenter-socialist-lgbt-rights-pioneer-1844-1929/)