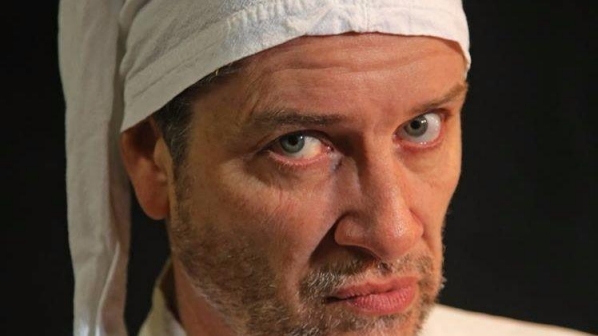 AS WE WRITE THIS, DOUG JONES has defeated Roy Moore in a special senate election in Alabama and Time magazine has named “The Silence Breakers,” the women who have brought to glaring light work[pace sexual harassment, especially by men with power. Both of these events could be a harbinger of a long overdue social and political awakening. However, given our society’s difficulty with rational discussions about sex, we fear there a moral panic may be the outcome. As Masha Gessen recently wrote in the New Yorker, citing the work of pioneering feminist scholar Gayle Rubin, we seem to be in a period of renegotiating sexual norms that tend to lead to “ever more restrictive regimes of closely regulating sexuality.”

Roy Moore was totally incompetent and would have been a disgrace in the US Senate long before allegations of his sexual predilections became public. He has a long history of bigotry, homophobia, and defiance of the federal courts. In a 2011 interview, he called for repeal of all of the amendments to the US constitution after the 10th amendment – that includes the ones that banned slavery and granted women the right to vote!. He is a man who was twice elected and twice removed as the chief judge of the Alabama Supreme Court. Unfortunately, his defeat may have more to do with his alleged “pedophilia,” although none of his accusers say they were prepubescent at the time.  This is not to say that the allegations made by his accusers are insignificant. They raise serious concerns about his judgment and behavior and certainly some of what is alleged would be a crime if true. However, that is not the point we’re trying to make here. Rather, we are concerned about our society’s continued ability to become hysterical on all matters related to sexual behavior. Certainly the conduct of Harvey Weinstein, Kevin Spacey, Matt Lauer, and Charlie Rose, to mention a few, was at best rude, and possibly criminal. What concerns us is the bandwagon on which the whole country seems to be jumping. Minnesota Senator Al Franken is forced out for poor behavior that certainly did not warrant the end to his career. And in the case of Kevin Spacey, there is the added gay component.

The power differentials between men and women and the acculturation of men and women in this society make sexual harassment, sexual assault, and sexual miscues very predictable. That is not the case as much in male same-sex relationships. At least in the past, men were taught consciously and unconsciously to be in control of their sexual desires. Again, Mr. Spacey clearly acted inappropriately and given his high profile within the Hollywood community perhaps his celebrity status created an inequity similar to that of men over women. Nonetheless, these behaviors should not be the defining characteristics of an artist or anyone else.  And, we fear that there is a strong undercurrent of homophobia in the reaction to his clearly tasteless conduct.

That brings us to our other major concern: this country’s anti-sex obsession is amplified to near hysteria when a minor is a part of the story. The Sun reported that the Fells Point Corner Theatre has cancelled its production of A Christmas Carol because the lead in the play is on the sex offender registry for propositioning someone he thought was a 14-year-old boy in 2002. The “victim” turned out to be a law enforcement agent and the actor served prison time. Initially, the theatre company supported the actor and agreed to go forward with the production. Unfortunately, according to The Sun, the Fells Point Corner Theatre cancelled the production after receiving some threats of a boycott or picketing of the show. There is no evidence that this actor has committed any crimes since the 2002 incident. Further, because the “victim” was an adult police officer, there is no apparent underage victim at all. How long will this man have to wear a scarlet letter? Surly, members of the arts community should be aware of the extreme irony here. There is now strong and growing evidence of the horrible inequities of the sex offender registries. And we now have the added horror of a federal law that requires all sex offenders, regardless of the nature of their offense, to have this fact stamped on their passports beginning next year.

We are not condemning #MeToo. Women have been mistreated in the workplace for eons. Despite the decades-long efforts to stamp out workplace sexual harassment, it persists to an alarming degree. Unfortunately, these recent events confirm our society’s obsession with sex, and total inability to address these issues in a rational way. The accused men simply vanish.

As a newspaper for sexual minority communities, we must always be vigilant when the government and mainstream media become engaged in a campaign surrounding sexual behaviors. Invariably, they get it wrong by fanning hysteria. We need to be able to address truly inappropriate conduct but do so in a way that does not make everything into the crime of the century. In short, we need calmer heads and some perspective. Those of us of a certain age who are gay can remember how we were often the victims of sex panics and hysteria. The bigger the mob, the louder the outcry, the greater the chance that a sex panic has obliterated rational thought.  We must always be vigilant.