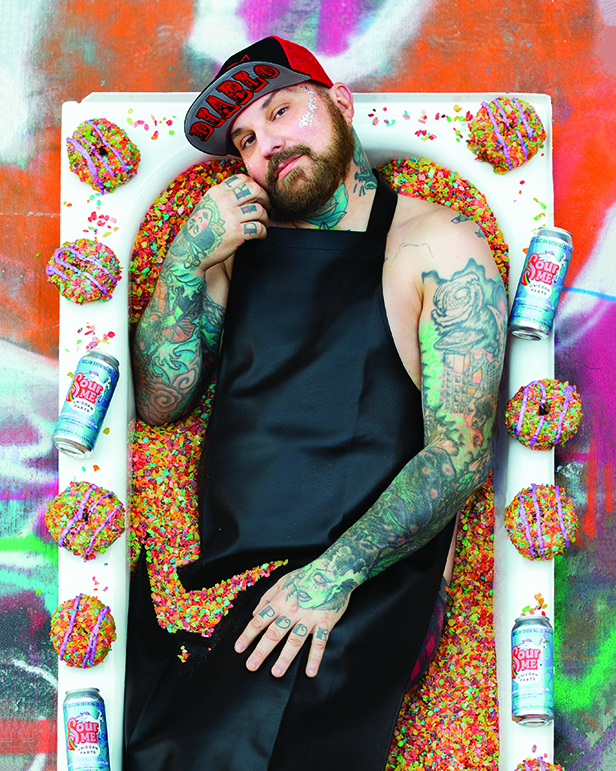 The American Marketing Association Baltimore Chapter (AMA Baltimore) announced the winners of its 2020 MX Awards on Thursday, June 25th at a virtual event attended by over 130 people. DuClaw Brewing took home the honor of winning the top Grand MX Award. Their “Sour Me Unicorn Farts” beer was the official beer of the 2019 inaugural Annapolis Pride, and DuClaw had an amazing photo shoot with the owner of Diablo doughnuts as part of the campaign. He was lying in a bathtub full of Fruity Pebbles inspired by Lizzo’s photo in a bathtub full of Skittles.

“DuClaw has gone through huge changes in the past two years,” began Madeline Caldwell, the firm’s marketing director. “This campaign was coming out of a full rebrand and we were really changing both our brewing processes and our campaign approach. This win made us very proud of the work we had done.” For 35 years, the MX Awards have celebrated local organizations that demonstrate outstanding creativity, implementation, and results in their marketing campaigns. Awards are presented for outstanding overall campaigns as well as the best campaigns in specific channels or elements.

“The campaign also allowed us to elevate two local businesses or organizations along the way,” Caldwell continued. First, we collaborated with Diablo Doughnuts, a local donut shop in Federal Hill. They are really cool people and they make funky, different-flavored doughnuts. They had the OG Unicorn Farts doughnut – a doughnut with vanilla frosting and Fruity Pebbles. So, we took that back and tried to mimic the flavor profiles in a beer. Then someone said, ‘How about adding some edible glitter?’ So, we then added edible glitter to the beer.”

Caldwell explained, “We were able to elevate the Annapolis Pride, as well. After we created the beer, we found that there were some obvious synergies to tie Pride into it. We found Annapolis Pride, and found they were just starting the organization. They were super down to partner with us!” Now in their second year, albeit virtual, Annapolis Pride was celebrated on June 27th. Caldwell continued, “Elevating [Annapolis Pride] as part of this campaign was also really fun and meaningful.”

“Annapolis Pride was thrilled to partner with DuClaw, and grateful for the support of our inaugural parade and festival,” explained Jeremy Browning, founder and board chair of Annapolis Pride. “DuClaw is not afraid to take risks in their beer and their support of the LGBTQ community. We love the fun, fruity, glittery Sour Me Unicorn Farts beer and proud to see the AMA Baltimore recognize DuClaw for their creative and inclusive campaign.”

“The beer just really took off in its first year,” added Caldwell. “We wanted to try and continue the momentum in some way and that’s when we planned the Lizzo-inspired photo shoot to garner more interest in Annapolis Pride and Sour Me Unicorn Farts beer.”

“There are almost a hundred craft breweries in Maryland, and there is so much beer in the market.” Caldwell concluded. “What is unique is if some of these beers break through all of that chatter. Something like Sour Me Unicorn Farts is perhaps a slightly more approachable beer and one that might have more mass appeal than an IPA or double IPA. To make a glitter beer with Fruity Pebbles is something the craft beer market in Maryland and industry as a whole needed. One of our values at DuClaw is we want to get more people into craft beer. This was one way that we were able to do that.”