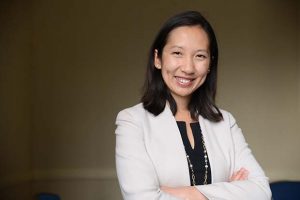 “In one hospital, a man is denied surgery for a broken arm because he’s transgender. A woman is told she can’t get birth control because she’s unmarried. A child won’t be given vaccinations because he has same-sex parents. You might be wondering what barbaric society could allow laws that permit such blatant discrimination. That society is ours, and the laws are already in place.” –Dr. Leana Wen

THIS IS LEANA WEN’S recent description of the Trump administration’s creation of a Conscience and Religious Freedom Division within the Department of Health & Human Services, thus expanding the right of health care workers to opt out of procedures to which they have a religious objection. Incredibly, all of the above scenarios can be justified based on the provider’s religious beliefs. “By giving legal cover for discrimination, providers can claim religion as a blanket protection for their own misogyny, racism, and homophobia,” Dr. Wen stated. “This will worsen the problem of health care access for those who already face many barriers to care. Women, minorities and LGBT individuals, particularly those living in areas with few providers, will suffer the most. Many will be forced to forgo care altogether.”

Dr. Leana Wen spent her last day on the job as the Health Commissioner of Baltimore this month. It was a difficult day for many of us. During her four years in Baltimore, Dr. Wen was a tireless advocate of the health rights of the LGBT community and the other marginalized communities. She had our back, and she was a fighter – always polite, but nevertheless fierce and insistently just.

One cold February night last winter, David Simon hosted an evening at a synagogue on the West side to support Baltimore’s immigrants. When Dr. Wen stood up to speak her voice trembled, as she began to tell the story of her own family’s immigration to this country, when she was eight years old. She was not used to speaking so publicly about her private side, but one her mottos is that one must consciously “choose to do what is hard.” She spoke about being born in Shanghai and her politically dissident parents – a father who was in jail throughout most of her childhood. After the Tiananmen Square massacre the family managed to leave China, arriving in a small town in the Utah mountains, where her parents worked tirelessly – her mother cleaning hotel rooms and working in a video store, her father delivering newspapers and washing dishes in a restaurant. She described how difficult life was, looking so different from everyone else, speaking a strange language, and practicing a foreign religion. But neighbors invited them in for meals, and the local church provided coats and blankets for the harsh Utah winter. Each month the family struggled to make rent; twice in one year they were evicted. The first time, they ended up in a shelter. But the second time, a stranger offered the family her home – a single mother with several children of her own who did not even know their names. She told the Wens that it was her duty to help those who needed help. “This is America, she told us. My home is your home.”

I can’t help but think what an indelible mark those words made on the young Leana Wen. That sense of the pure and natural duty to help others, that infinitely generous definition of America. It has certainly shaped her entire life, and it is the driving force for her to leave Baltimore and a position in which she has made such an impact and become the president of Planned Parenthood.

No one has been in a better position to see the threat to public health for the underrepresented than Dr. Wen. No one has been more vocal to the truth that health and human rights are inextricably linked. No one has been more steadfast in her conscious duty to serve the most vulnerable – those who face the circumstance and stigma of poverty, discrimination, incarceration, and mental illness. And no one has been more brutally honest in the drive to make all of US be honest with ourselves about the institutional racism and discrimination which underlie the disparity in the health of so many marginalized communities. As much as she led the battle against opioid addiction, Dr. Wen routinely challenged mostly white audiences in this city to ponder: why are we now calling this drug addiction a disease? Why now? This with her assertion that when it was crack addictions ravaging African-American neighborhoods and when it was gay people dying of AIDS, the situations were framed as lifestyle choices, as the “moral failings” of the patient population. Dr. Wen tirelessly used her position to urge us to face this hypocrisy: “This is the history we all have and we have to bear it openly, and be honest with ourselves,” she often stated. She strived to change the narrative, to use health as the lens through which to frame all conversations and to make clear that the underlying goal must be to fight the causes of the poverty and inequity which dooms the health of so many.

It is not difficult to understand that after two full years of the Trump Administration, Leana Wen feels acutely the danger to this country, feels it threefold: as a woman, as an immigrant, and as a medical doctor. As huge as the loss is for Baltimore, this is simply Leana Wen answering the call of that anonymous single mother who offered her family shelter so long ago – the duty to help those who need it. “This is our country,” she said that night in West Baltimore, “and everything that is happening is personal, deeply personal to all of us. This is our call to speak up … this is our time to say loud and clear, this is America and my home is your home, so I stand with you to fight against intolerance, division, and injustice.”

To the national stage she goes.