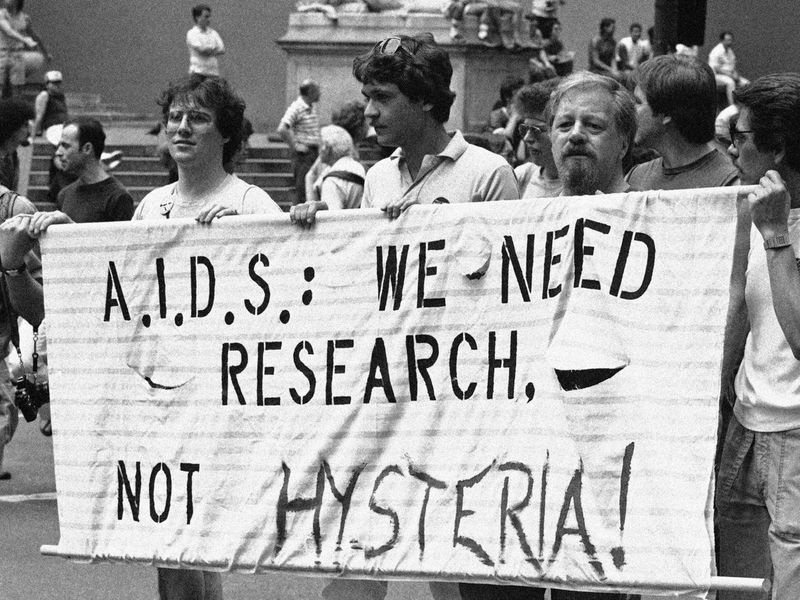 London – Tom Crewe writes in the London Book Review that “AIDS starts with the deaths. With the dying. At first there was only confusion, incomprehension. Bodies that quickly became unintelligible to themselves. Night sweats, shingles, thrush, diarrhea, sores that crowded into mouths and made it impossible to eat. A fantastically rare form of pneumonia. Dementia in men of 20: brains that shrank and withered…. Men dying in the time it takes to catch and throw off a cold. Later, there were tests. A virus detectable in the blood. You were ill, but you might not feel it yet. Might not know it yet, except you did.

How should we write the story of AIDS? Where should we start? David France and Richard McKay’s 2017 books, How to Survive a Plague: The Story of How Activists and Scientists Tamed AIDS by France and Patient Zero and the Making of the AIDS Epidemic by McKay are both in dialogue with Randy Shilts’s bestselling And the Band Played On, published in 1987, when an end to the story was impossible to imagine. France is closer to Shilts in his ambition to provide something resembling a total history of the crisis … they are both written from inside the gay movement by gay men, and tell the story year by year as an unfolding drama, … [but France] writing from the end of the crisis, is able to tell a more optimistic (‘happier’ would be the wrong word) story, focusing on the significance of AIDS activism. Shilts was convinced that the enthroning of sex in gay life in the 1970s had created the conditions for the epidemic, which it had, in a strict sense – but did that really mean gay men had been ‘playing on the freeway’?

“AIDS became entangled with gay sex, but is not inherent to it: it cannot be allowed to determine its meaning, not even retrospectively. And yet one of its effects has been to make gay sex invisible, as a condition of its respectability, its permissibility. Television and cinema still withdraw at the final moment [before the sex act] …. For many of us it is still a life defined on a fundamental level through sex, by the fact of having sex with someone of your sex …. The notion that sex can be about naked need, naked want, that sex can be without consequences, existing on the surface of things, has always been a cause for anxiety and restraint. It still needs a vanguard.” (The London Review of Books – om Crewe at https://www.lrb.co.uk/v40/n18/tom-crewe/here-was-a-plague)

Read the other stories in Beyond the Beltway