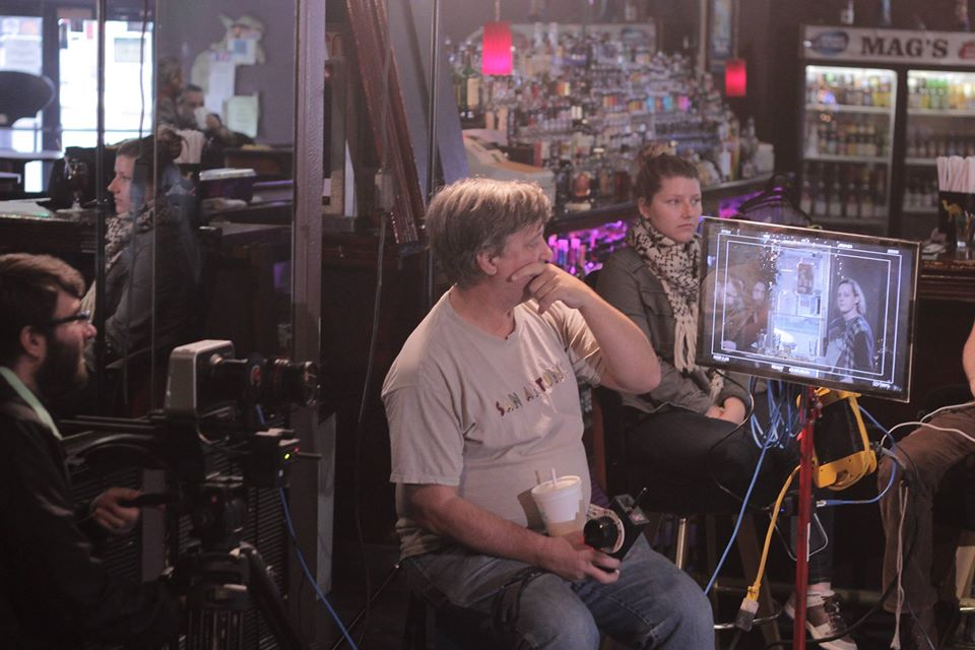 This was a very hard and yet very fulfilling day for me. In this picture I helped my oldest son (not pictured) on a movie project of his. The movie was a transgender story called, “I Am A Girl.” One of my sons’ best friends was transgender. They wrote a transgender story about coming out. The picture above is me doing what is called focus pulling. My job is to keep the picture in focus. This shoot was very hard on me in many ways, yet it was so rewarding in others.

As you can see here, I was presenting as male and I wasn’t out yet to anybody. Also, I was wearing a binder because I had breast in this picture. But it was a rewarding day because my oldest was making a film about a transgender issue without any input from me and without knowing I was transgender. Because of this I hoped he had a level of acceptance if or when I would actually come out. Remember, I wasn’t ever planning on coming out ever.

Actually, both of my sons have made several transgender films at different times and they didn’t know I was trans. In one way it was very rewarding and in other ways it was really hard because I wanted to tell them and the rest of the crew. I really understood what they were capturing. At times I just wanted to tell everyone but felt I just couldn’t do it. I thought my life would crash around me if I did.

Even on a couple of films I had people tell me I didn’t understand transgender issues when I tried to give input. Now, I find that amusing but at the time it was frustrating.  Most of the time I just did my job but never said a word of how I was feeling. Even once cried in silence because the scene was what I was going through. A year after this, I came out to both of my son and I started to embrace who I am.

I guess the fact that my kids were trans friendly made it easier to tell them my secret. Well not really, I was really worried about what would they think of me. Would they act like others that I knew where their families disowned them? I have been amazed that all my kids have supported me. I hid from everyone and even from myself for a while. Thank god those days are over.

Or are they? What a question. Do questions like that ever go away? What is full acceptance? Can they really be okay with me being trans? What happens when they bring their significant others home to meet the parents. Should I worry how I might affect their lives? What happens when my daughter walks down the aisle? Do I suddenly go back to being male or do I be me? Will that take away from her day? There are so many questions and only time will determine how I answer them.

Do the questions change as I change or does clarity become more straight forward the further, I go? My transition has taken a lot of the pressure off but sometimes I think the pressure is still building. Will I ever really be able to be who I see myself as. I think the answer is no, because somewhere along the way I’ve gotten old and still see myself as a twenty old goddess.

And on that note, I bid you adieu. As always love, light, and peace. Sophie