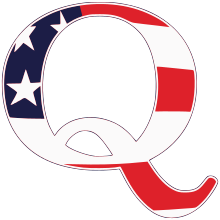 Florence, AZ – Michael Jackson, Prince, Whitney Houston, Janis Joplin, Tupac, and John Lennon will be the featured entertainment at Donald Trump’s Florence, Arizona, mass rally on January 15. Yes, they are all dead, but no, that’s not a typo. That’s the apparently sincere claim of QAnon boss Michael Brian Protzman.

The idea that dead entertainers would be resurrected to perform “live” is not a new one for Protzman. In November he claimed that the Rolling Stones were replaced by Jackson, Prince, and JFK Jr., at their Dallas concert, with Aaliyah providing backup vocals. Protzman was also the source of the widespread belief — among QAnon believers at least — that JFK and his son, John Jr., would make an appearance at Dealey Plaza in Dallas, on the anniversary of JFK’s assassination in 1963. Hundreds of QAnon believers camped out in the plaza, hoping to see the Kennedys arrive and restore Donald Trump to the presidency — with JFK Jr. as his vice president, no less. When that failed to occur, scores still remained camped on the plaza’s grass, and some reportedly remain there to this day.

Protzman’s obsessions don’t end with the Kennedys. In an audio chat on January 11, with over a thousand people listening, Protzman claimed that President Joe Biden was never inaugurated and hasn’t been living and working in the White House, but is actually part of a movie being filmed on a set in Culver City, California. While these QAnon beliefs seem quaint, even bizarre, believers are expected to pack the Trump rally and at least one of the QAnon faithful will be invited to address the crowd. Mark Finchem, a GOP Arizona state representative whose campaign for Arizona secretary of state — in which capacity he would be in charge of vote-counting in Arizona — is billed as a “special guest speaker” at the rally in Florence. Finchem is an ardent Trump supporter who was present at the January 6 insurrection and was one of the loudest voices supporting the bogus election “audit” in Maricopa County. Trump is calling the rally “a continuation” of his “unprecedented effort to advance the MAGA agenda by energizing voters and highlighting America First candidates and causes.” (Seattle Gay News – Mike Andrew at https://www.sgn.org/story.php?ch=national&sc=&id=312163)