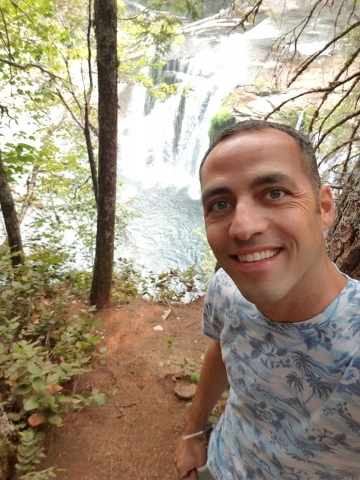 Muhmmad Ali once said, “True giving happens when we give from our heart.” In today’s world, where narcissism and selfishness run rampant, it’s refreshing to find people in our neighborhood who give from the heart because it’s the right thing to do. For David Perruzza, the manager of JR’s Bar in Washington, DC, helping others has become part of his everyday norm.

“I’ve always been a proponent that LGBTQ money should go back to the LGBTQ community,” Perruzza told me. “Our responsibility at JR’s, as we are one of the major gay bars in the DC community, is to think about what charities would our people want us to work with. Trying to find a type of charity that deals with LGBTQ people. It’s always been a goal of mine.”

For Perruzza, a Mahopac, New York, native, his path to JR’s zig-zagged across the country. “At 17, I joined the early enlistment program for the Navy and was stationed in Pearl Harbor, Hawaii,” he says. Perruzza spent four years working as a radioman for the Navy. “It’s there where I met my best friend, Dave. He moved to Washington, DC, and when I would visit my family in New York I would come and visit him in DC. That’s how DC became part of my life.” Perruzza added, “When I came to DC, I fell in love with JR’s so much. This month I’ll have been here for 20 years, but I’ve been the main manager for about 16 years.”

Perruzza explained that JR’s is very much a home for many within the DC community. “I think it’s sort of like a ‘family away from my family.’ You can come here and everyone knows you,” Perruzza laughed. “They always call it the ‘Cheers of DC.’ Whenever there’s a tragedy, people come here. When something good happens, this is where people come. When gay marriage was passed, everyone came here. When 9/11 occurred, I came in to open the bar. There were people waiting to get in because they didn’t want to be alone. Many people, especially in DC, don’t have family around. They come to JR’s where they know people will be with them, regardless if something good or bad happens.”

Supporting the gay community is something very important to Perruzza. “Whoever supports the gay community, is who I support. That’s very important to me,” Perruzza added. “This year, I became involved with Casa Ruby.” Casa Ruby is a multicultural LGBT group offering services to some of those most in need. Their “Drop Inn” community center offers hot meals, clothing exchange, support groups, emergency housing referrals, legal services counseling, and case management.

“It was something I wasn’t really aware of before,” Perruzza explained. “Two years ago, my dad passed away and I became more empathetic. I think about people more than I did, so now I’m more into my ‘helping phase’ of my life. I’ve never said ‘no’ to anyone, but at the same time, I never actively sought out anyone to help. Now I’m seeking out and doing things on my own to help others.”

Perruzza went on to explain that he and his staff at JR’s had talked back in January that they should do more outreach, and that he was unaware of Casa Ruby even though it had been around for years. “I work so much, and I’m always in my ‘work bubble’ that I didn’t even know this organization existed. So, I went to check it out, and I noticed there were cots for those in need to sleep on. I noticed the cots had a bar that went across these poor people’s backs – it had to be uncomfortable. So, I went home and talked to my husband, Richard, and we went and bought them all mattress pads. Then I asked, ‘What else do you need?’ and then a week later someone tried to break their door down and assault one of the transgendered people who were there. So, we started a ‘Go Fund Me’ page and raised $18,000,” Perruzza added. “Now, we’ve all become friends. They just opened another location that will house 50 LGBTQ people, and add 50 beds to Casa Ruby. They’re a wonderful organization.”

Perruzza added that JR’s is doing a coat drive for Casa Ruby and the Wanda Alston House, two organizations that both serve member ofthe LGBTQ community in need. “We’re splitting all the coats up for both homeless shelters, and I hope to work more with the Wanda Alston House in the future, as well.”