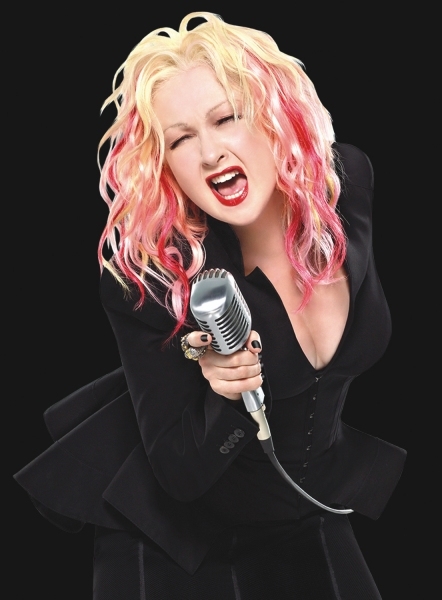 An interview with the diva great

Known for putting her money where her mouth is, versatile Grammy and Tony Award-winning diva Cyndi Lauper is an outspoken supporter of the LGBT community. But it was her singing voice and distinctive fashion sense that initially caught our eye. After forays into pop, dance music, standards, and the blues, Lauper lends her remarkable vocal range to a set of country numbers on Detour (Sire). Joined by country legends Willie Nelson and Emmylou Harris, Lauper leaves her “unusual” mark on mid-20th century country classics, including Wanda Jackson’s “Funnel of Love,” Patsy Cline’s “Walking after Midnight,” and “I Fall to Pieces.” She knows when to use country’s trademark catch-in-the-throat on heartbreakers “Misty Blue” and “Begging to You.” Duets with a yodeling Jewel (“I Want to be a Cowboy’s Sweetheart”) and Alison Krauss (“Hard Candy Christmas”) are also standouts. I spoke with Lauper, who is embarking on a concert tour with Rod Stewart in June 2017.

Gregg Shapiro: You are about to embark on a multi-city concert tour with Rod Stewart. How did this pairing come about?

Cyndi Lauper: Rod and I shared a stage once in the 1980s, then again last year when we did this private event together and it was great. Sir Rod came to me and said, “We should do that again” and then my agent, Marsha Vlasic, called me a bit later and told me that the tour was coming together. I’m very much looking forward to it.

In 2016, you released the country music album Detour and in 2015 Rod released a country album Another Country. What do you think is the attraction to country music for artists such as you and Rod?

For me, old country music was very popular as a young girl growing up in New York. No one called it country music or even put a label to it. It was just good old pop music and “mainstream.” These were the songs that were hits all across the country, in rural and urban areas. Country artists played right along “pop” artists and we knew that it was just good hit music on the radio at the time. So that golden age of country music was the soundtrack of my very early childhood.

If you were to do a follow-up to Detour, would you ever consider doing an album of songs by contemporary female country songwriters such as out lesbians Brandy Clark and Brandi Carlile, as well as straight women including Neko Case, Kacey Musgraves, and Gillian Welch?

Why not? Country music has a lot of amazing new talent. I think it’s a really interesting time in music. The country scene is amazing. My next CD is going to be new songs that I write; a new studio album and not a covers project.

2016 was the 30th anniversary of your True Colors album. Did you ever expect the title song to become an anthem the way that it did?

Tom Kelly wrote the song and it’s an important song. Before I recorded “True Colors,” a friend of mine named Gregory was very sick. We didn’t know it at the time but he would later be diagnosed with HIV/AIDS. He asked me to write a song about him, so he would not be forgotten. So, I wrote a song called “Boy Blue.” A little later, I heard Tom’s “True Colors” and I knew that was the healing song. When I recorded it, I was singing to my friend who I had lost. Because he grew up completely rejected by his family and struggled with self-acceptance his whole life. He was just a wonderful guy, perfect just the way he was and he just couldn’t see that. So, I sang it for Gregory and all the Gregorys of the world who felt crushed by life. And the song lifts you up and makes you feel hopeful and that’s why it resonated. Tom Kelly should be very proud of how he has helped people thru his words.

You are halfway to the coveted EGOT (Emmy, Grammy, Oscar, Tony) status with Grammy and Tony Awards to your name, as well as an Emmy nomination. Do you have a special place of honor for your Grammy and Tony statuettes?

I have them in my office at my apartment.  I try to make my home my home, ya know [laughs]! Not that I am not proud of winning those awards and I really want that EGOT. But I try and keep my home for family and not anything career-related.

Are there any upcoming projects that could potentially lead to an Emmy or an Oscar? Say a movie version of Kinky Boots perhaps?

Yes, we are working on the movie version of our musical now. I have a few other film projects I am working on so you never know [laughs]!

Over the years, you have also become respected and known for your generosity when it comes to your charity work. Can you please say something about the importance of giving back?

I am friends and family of the community. Back in the 1970s and 80s I witnessed a lot of discrimination and had to speak out. You can’t sit by while your friends and family are being treated like second-class citizens. And then when I became famous I had a lot of fans that were LGBT, too, and since you guys supported me, of course I have to support you, too. I think that maybe because I was an outsider looking in most of my life, I could relate. I don’t care about backlash.

Finally, on June 11th, 2016, I attended your concert in Boca Raton where you talked about the tragedy of the Christina Grimmie murder. Little did we know that just a few hours later, another tragedy in Orlando – the Pulse Nightclub attack – would also be making headlines. Please share your thoughts about that tragic event.

Like all of us, I was and still am devastated by what happened at the Pulse nightclub last year. Now, today, I am hearing about another mindless shooting of five innocent people in Orlando. We must stay vigilant and engaged in the conversation, not only on combating terrorism, but also in changing the gun laws in this country. We, as a community, need to continually resist and push back on this current administration to ensure that our LGBTQ rights are not stripped away and that, like all of our citizens, we are protected under the constitution.

Cyndi is performing on July 12th in Camden, New Jersey at BB&T Pavilion.