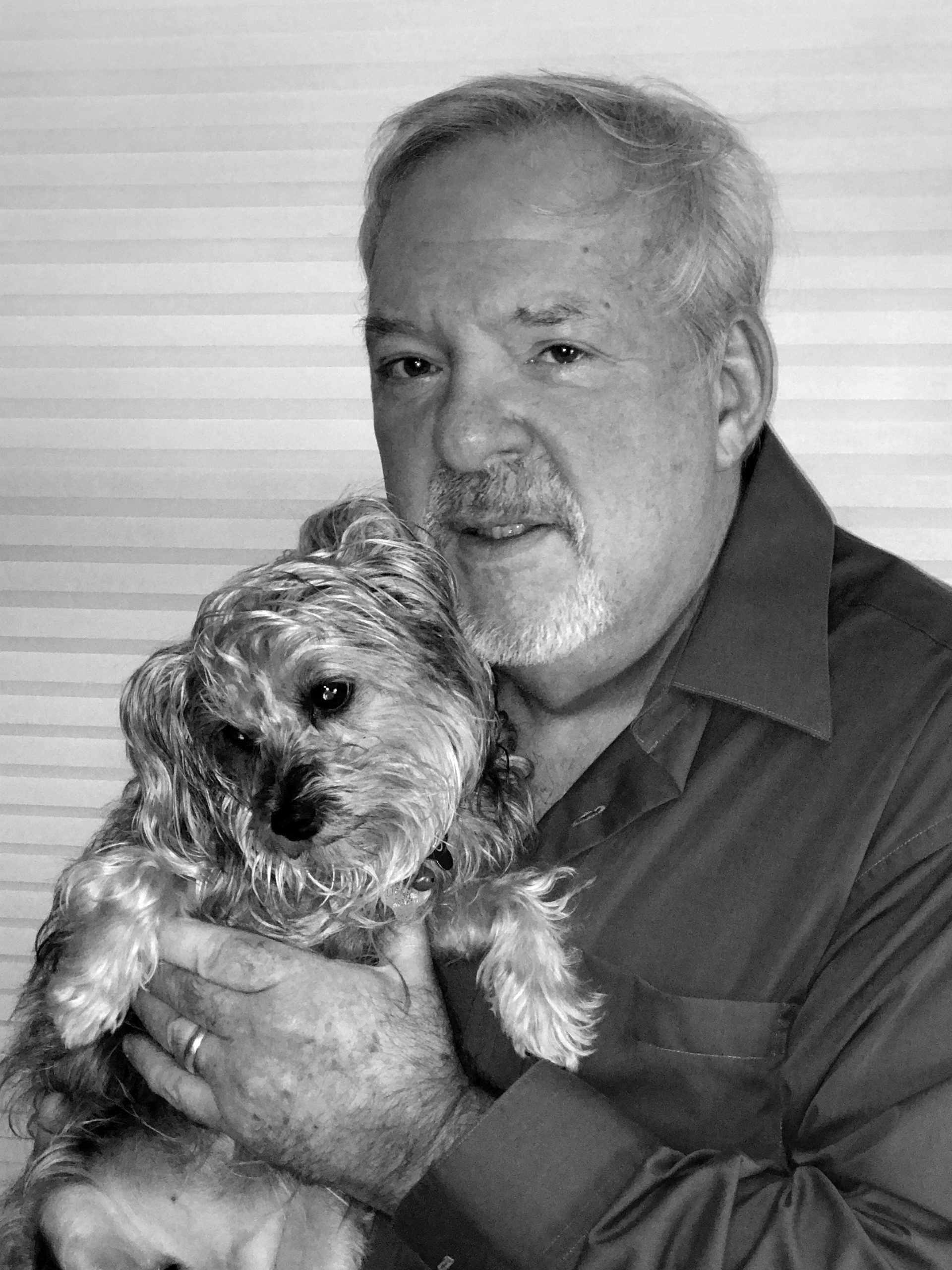 In the interest of full disclosure, dear reader, it’s best that you know that Rick Karlin, author of the memoir Paper Cuts: My Life in Chicago’s Volatile LGBTQ Press (Rattling Good Yarns, 2019) is my husband. We are in our 28th year as a couple and have been officially married since 2014 (the 5,100th same-gender couple married in Illinois to do so). 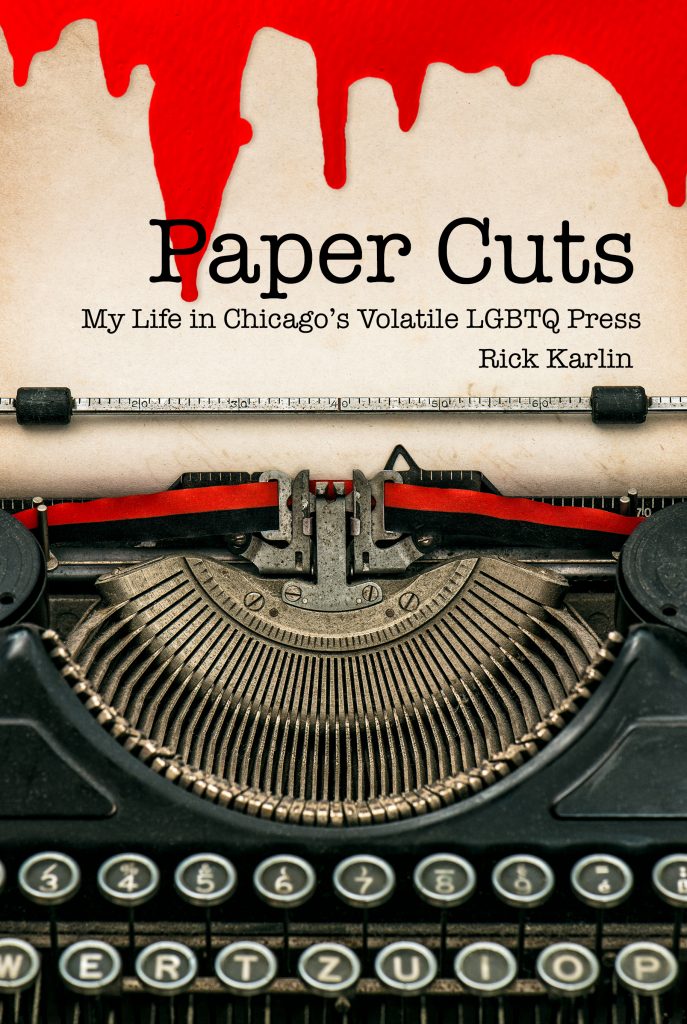 That said, even after all these years together, it doesn’t make it any easier to read a book in which you are one of the main characters. To his credit, Rick writes about us in the most respectful way. The same can be said for the folks, living and dead, about whom he writes in the book. Many names mentioned will be familiar to anyone who ever picked up any of the multitude of Chicago-based LGBTQ publications that were published from the late 1970s to the present day. Rick, who is busily at work on his next book project, as well as writing his weekly restaurant review column for South Florida Gay News, was generous enough to answer a few questions about Paper Cuts.

Gregg Shapiro: Rick, why was now the right time to write your memoir, Paper Cuts?

Rick Karlin: Because I can still remember most of what happened [laughs]! I am also one of the few left from the early days of the LGBT press that’s still around. The only other one is Tracy Baim, who has moved on to publishing a mainstream weekly (The Chicago Reader), although she still maintains ownership of Windy City Times. I started (writing) Paper Cuts while I was still living in Chicago and was still editing a publication there (Boimagazine). During that time a lot of the original LGBT press people passed on; Bill Kelley, Marie Kuda, Paul Varnell, and Ralph Paul Gernhardt, to name just a few.

The early days of Chicago’s LGBT press was an exciting time and the stories needed to be told. I was lucky enough to stumble into it and had a front row seat for all the machinations.

Had you ever considered fictionalizing your experiences in the LGBTQ press for a novel?

Originally, I started writing it as a novel, but then someone suggested I try it as a memoir. It took a lot more fact-checking, but in the end it was worth it.

The title of the book, Paper Cuts, is truly inspired. How did It come to be?

Since the early days of the LGBT press were such a cut-throat business, it seemed appropriate. People would mutiny and leave a publication in the middle of the night and start their own papers and then a year or two later, the same thing would happen to them. Folks were always under-cutting each other.

Were there other titles under consideration?

It just seemed a natural title, I never considered anything else.

What are the challenges of being an elder statesman of the LGBTQ press?

To quote Bette Davis, “Getting old ain’t for sissies” [laughs]. It’s also hard to see your contemporaries pass away, folks with so much to contribute. Marie Kuda, for one, always had such an interesting take on things. I didn’t always agree with her, but I respected her opinion. The other part is convincing folks that you have a fresh and relevant take on topics of the day, that you’re not just a repository of memories.

What are the rewards of being an elder statesman of the LGBTQ press?

I guess that you are a repository of memories, that you bring a perspective that’s been polished and honed over the years.

Was there one part of the book that was more difficult to write about than the others?

It was hard to write about personal aspects. Things I hadn’t revealed to family, knowing they would be reading it, was a little scary. Secrets you’ve kept your whole life are out there for everyone to read. It was also hard for me to train myself to write less like a reporter, to avoid a “just the facts” approach, to open up and give my perspective. As a reporter you’re trained to do the opposite.

Did writing a memoir help you in any way to come to terms with something specific in your life?

To overcome the shame I’ve had for years about my bi-polar disorder. I’ve always been hesitant to let people know until I feel close to them. Part of that is self-protection; if folks know that you’re bi-polar any time you have a disagreement they blame it on that. Never considering the fact that they may be acting like an asshole and that’s why I’m mad at them. In emoji-speak, that would be a smiley winky [laughs].

I apologize for using an Oprah-ism, but did you have an “aha! moment” while writing the book, and if so, when did that occur?

My sudden firing from Gay Chicago after 16 years. I’d always felt so betrayed and, in a way, I was, but I also realized I contributed to that myself by being a bit full of myself. When people keep telling you how wonderful you are and how lucky a publication is to have you, you start to think those things yourself.

In Paper Cuts you write about your experiences as a playwright. Do you have any theater pieces in the works?

I have two pieces. One is a pair of one-act comedies that I’ve workshopped here in South Florida, where I live now, and has had great feedback. I’m also attempting my first serious piece. While there are comedic aspects to it, it’s a much darker subject than I’ve ever tackled before.

Have you started working on or thinking about your next book project?

I will be editing a collection of celebrity interviews in certain genres; one is tentatively titled Dishing with Divas and will feature great female performers such as Cyndi Lauper, Jennifer Hudson, Carly Simon, Linda Ronstadt, and many others. Another will focus on LGBT comedians. If those do well, there will be others in the series. We’re looking at the next year or so for those.