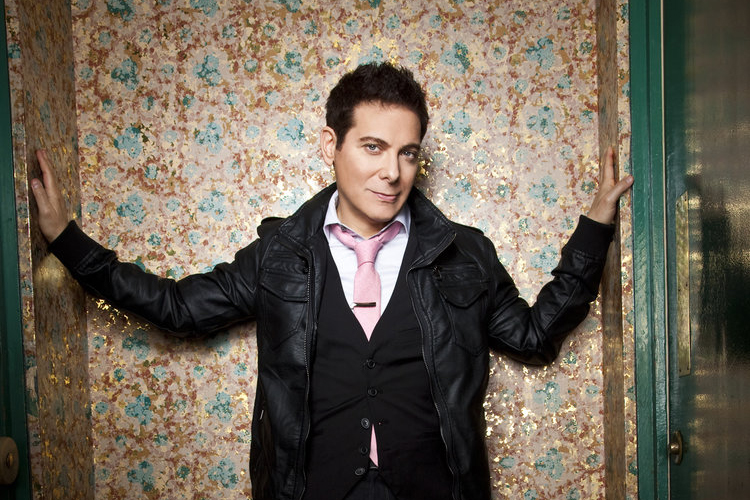 When Michael Feinstein moved to California at the age of 20, he went to a psychic to receive some life’s direction. A waiter at a piano bar where he was playing had made the suggestion.

The psychic told him that, in the future, he’d be singing music and be known as much for the way he “set up” songs as for how he sang them. And that’s exactly what Feinstein is doing today.

Feinstein’s breakthrough performance came in spring 1985 when, by default, he was offered a gig at San Francisco’s Plush Room, a venue for jazz and cabaret artists.

“Someone fell out and they needed someone to do a show,” Feinstein recalls.  This was the first time he performed at a venue where audiences focused on listening, a contrast from performing at piano bars, where crowds enjoy drinking and talking.

At the Plush Room that night, Feinstein started talking about the songs he performed as he sang them. “Everything clicked,” he recalls. The show received rave reviews in the San Francisco Chronicle. “Things really started to shift.  It was an amazing feeling because it was completely unexpected.”

Ira Gershwin, who Feinstein worked for as an assistant for six years, had died two years earlier in August 1983. “I was just playing piano and trying to figure out what to do next, and suddenly I had a bona fide career as an entertainer.  I loved to be able to play music for a living – I felt lucky.”

In addition to performing, Feinstein is the founder of the Great American Songbook Foundation, dedicated to celebrating the art form and preserving it through educational programs, master classes, and the High School Songbook Academy.

The idea for the Great American Songbook Foundation came to Feinstein one day when he was sitting in the basement of his home thinking, “What am I going to do to preserve and propagate this musical form? I started thinking in terms of a physical place for artifacts, of ways to educate young people, to keep the music going, to keep it fresh and alive. It was a conflagration of ideas that came together ten years ago.”

From recordings that have earned him five Grammy Award nominations to his Emmy nominated PBS TV specials, his acclaimed NPR series, and concerts at iconic venues including the White House, Buckingham Palace, Hollywood Bowl, and Carnegie Hall, Feinstein’s work as an educator and archivist has defined him as one of the most important musical forces of our time.

Today, Feinstein feels most happy about finding a certain level of peace in life, of not feeling the “dogs nipping at my heels like I haven’t done enough.”

Of the many accolades and awards he has garnered over the years, he says, “Awards are wonderful in the moment, but it is the quality of life that’s most important.”

“I think that the experience of relaxing more in life has improved my art. To be able to breathe and let things unfold without trying to push things. My ability to interpret music has grown by not trying so hard and allowing inspiration to come through in a natural way.”

He continues, “I want to continue to find ways to help people to have a better life. Music is a means of connecting with people, connecting with the soul to hopefully bring people together. The inherent power of music is inestimable in what it can bring to our society.”

Because there is so much turmoil and conflict, Feinstein says he would like to continue to find ways to help people be happy “in a time when everything seems like it’s falling apart.”

“For me, my inner path, finding a spiritual center, has given me desire to, through my art, to help people to find that in whatever that means to them.”

Join the J Monday, April 8th for J Live at the Gordon with Michael Feinstein.

Feinstein is looking forward to it, the “live-in-the-moment connection with the audience,” he relishes, the “combined energy that creates something fresh and mysterious.”

“It’s an evolution, and I feel like I am still evolving musically. The live experience is how that happens for me – the evolution of a shared experience.”

Feinstein performs Monday, April 8th at the Gordon Center for the Performing Arts at the Rosenbloom Owing Mills JCC (3506 Gwynnbrook Avenue, Owings Mills). For tickets and more info, call 410-559-3500 or visit Jcc.org/jlive. At 7:30 pm there’s a pre-show dessert reception, open bar, and live auction, with the performance starting at 8:30 pm.