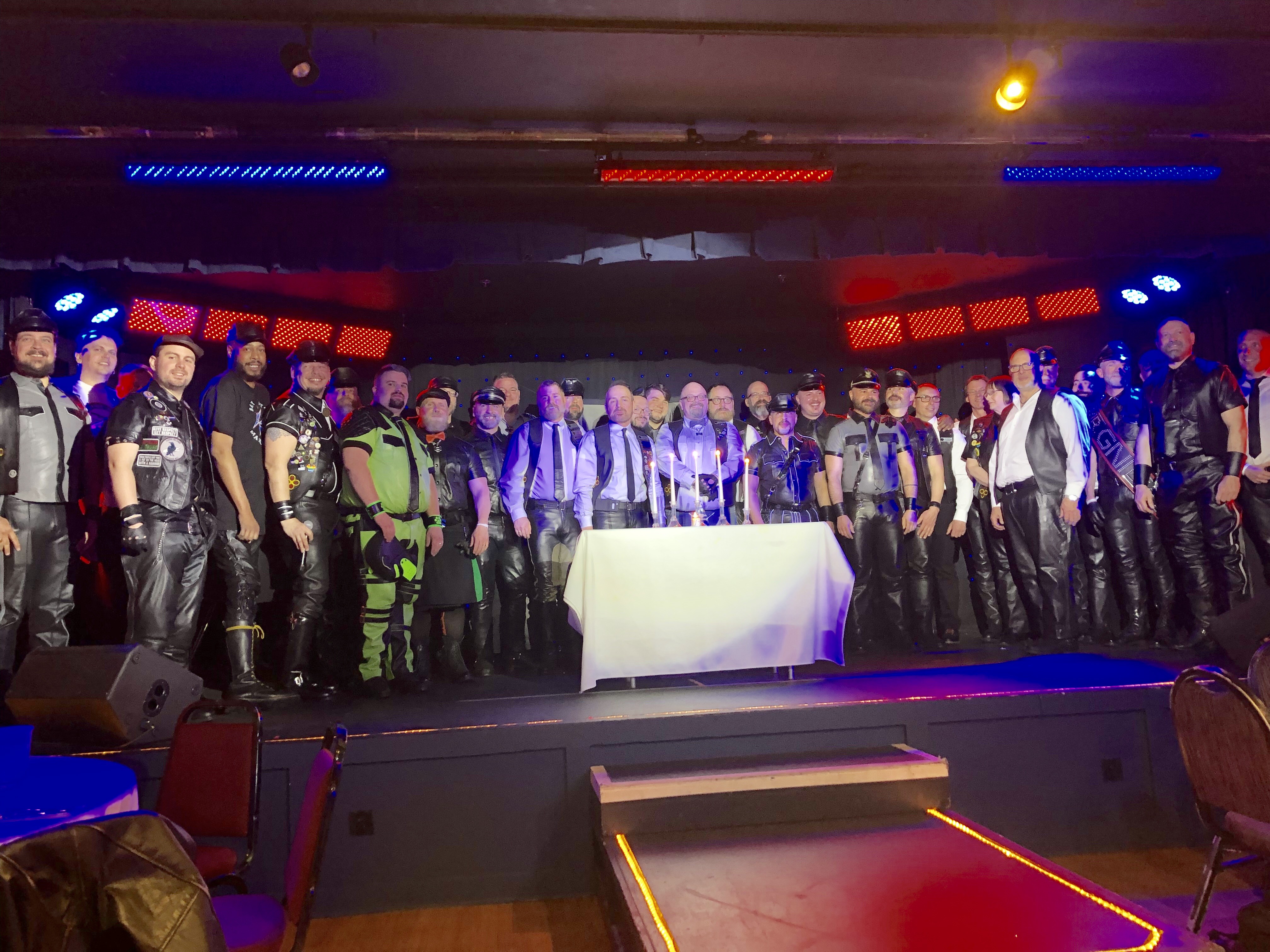 There are a few places that every LGBT person simply must visit at least once. San Francisco always comes to mind first. Others include Fire Island, Palm Springs, Key West, and Provincetown. These locations are not just iconic LGBT vacation spots, they are important pieces of the fabric of LBGT history.

When I heard that the Bay State Marauders, a leather club based in the Brighton neighborhood of Boston, were hosting their sweet 16 anniversary weekend in Provincetown, Massachusetts, along with a meeting of the Atlantic Motorcycle Coordinating Council (AMCC), I really wanted to go. Plus, even though the Pilgrims landed in Provincetown in 1620, after all my years in the LGBT community I hadn’t been there yet. It was on my gay bucket list. Even better since this was a weekend leather event the $145 run fee included two dinners, two breakfasts, one lunch, and lots of cocktail parties and dances. I was even able to get a room in one of the host hotels for $62 a night. Talk about an inexpensive way to at last see Provincetown!

I saved even more by driving up from Baltimore with my ShipMate Club brother Jahleel and arrived at the Watership Inn on Friday, March 29th just in time to enjoy a dinner buffet displayed in one of the rooms near the entrance. At registration attendees were give a wristband for admission to the weekend’s events and were asked if they wanted a white wristband, which would mean it is okay to take my picture or a red wristband signaling that I do not want my picture taken at this event. (I loved this idea! In the age of cell phones and social media, this has always been a big pet peeve of mine. I’ve even seen videos and pictures of jockstrap parties and dungeon play spaces posted on social media. Some people livestream leather contests to Facebook! Not cool at all without permission of everyone in the pictures. People can still lose their jobs, etc.) After we got settled into our rooms, we walked a few blocks over to the Crown & Anchor Hotel, which features seven LGBT bars and clubs. From 10 pm to 1 am there was a dance party held in one large space, complete with a go-go boy and a puppy mosh hosted by Wicked PAH (a pups and handlers club based in the Boston / Providence area). The evening ended with a cocktail party hosted by the Harbor Masters of Maine in the hotel’s hospitality suite. They had a full bar, snacks, and a punch. I’m not sure what was in the punch but not only was it tasty, but after only one cup I was very relaxed for the rest of the evening.

On Saturday morning Excelsior MC of New York took over the hospitality suite for the eye openers cocktail party, complete with fuzzy navels and a performance by a very camp Shelley Winters doing “The Morning After.” Next it was time for breakfast at a nearby cafe called The Canteen. (My breakfast sandwich on ciabatta bread was huge and amazing. Not only was everyone given a coupon for breakfast, I was even presented with a cash refund because my order was under the amount covered by the coupon.) In the afternoon the AMCC meeting was held. AMCC is an umbrella organization made up of many of the East Coast leather clubs. Lunch was held at the Watership Inn followed by a jockstrap party in the very dark Vault bar back at the Crown & Anchor. It felt like San Francisco in the old days to step out of the sun into a dark bar and having to wait for one’s eyes to adjust before you could see a bar packed with men in jockstraps.

Saturday evening brought pre-dinner cocktails hosted by the Long Island Ravens, followed by the Bay State Marauders 16th anniversary formal leather dinner which included a parade of colors featuring representatives form the various leather clubs in attendance and the announcement of the new executive board for the Bay State Marauders. The club, which was started on March 1st, 2003 in Quincy, Massachusetts by six charter members has grown to over 39 members with many associate members. Immediately after dinner a jockstrap auction was held with the jocks modeled by leather club members. The auction was emceed by the fabulous Corvette, who also performed.

There is so much to see in Provincetown. On the way back from dinner, I stopped in the Atlantic House or A-bar. This LGBT bar opened in 1798 as a tavern and stagecoach stop and is thought to be the oldest LGBT bar in the US. It was a favorite drinking spot of Tennessee Williams and Eugene O’Neil. There is a large photograph in the bar of a nude Tennessee Williams strolling the beach. It was a chilly evening when I was there, and I enjoyed the roaring fire and $3 beers! A little time was also spent enjoying the many shops on Commercial Street. I especially liked Full Kit Gear (FK). I had visited the flagship location of this popular leather, rubber, and gear business in Chicago. The Provincetown store is their original location. Nearby is another fun store called Toys of Eros which not only features all kinds of toys and lubes but houses a small sex museum.

Saturday’s late-night cocktail party was hosted by Baltimore’s own COMMAND MC. The weekend ended with Sunday morning eye openers hosted by the Pennsmen of Harrisburg and a Sunday brunch. Congratulations to the Bay State Marauders for 16 years of brotherhood and to their sponsor the New England Leather Alliance for a great event. You can learn more about this friendly club at BayStateMarauders.org. I must say I fell in love with old Cape Cod. Fort Lauderdale may be “where the boys are” but the men are in Provincetown! It is a magical place that every LGBT person should visit.