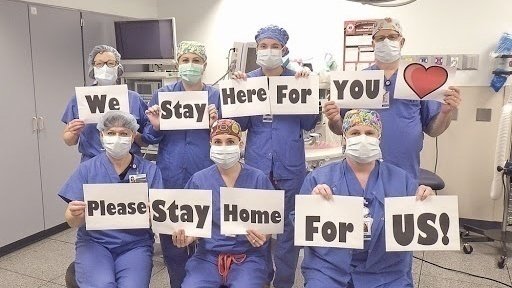 While we are all dealing with isolation, social distancing, face coverings, not hugging or shaking hands and all the unusual things we are living with, I try to look if there can be some sort of a positive end result from this. Not for those whom we have lost, but for all those who live through this crisis, and survive to talk about it. Negativity exacerbates the stress of coping with daily life; if we cannot find some hope, some green shoot somewhere, it becomes a drudge to get through any challenging period.

So the virus does not discriminate as to gender, race, sexual orientation, physical condition or looks. It does seem to be more effective or better put, more contagious, in crowded places that are not ventilated well. Which then “predisposes” communities where people live in close quarters, and where seeking healthcare may come later on in the infection out of an absence of insurance, decreasing a good outcome.

We are seeing much appreciation of first-line workers, nurses, doctors, delivery people, postal workers, grocery store people and all others where acknowledging the humanity, that we are all in this together, seems to be spreading. High time, I say. Those who are steeped in their prejudices, their unrecognized need to protect their fragile egos may not be in that group. That aside, could we all emerge from this disaster with a better perception of anyone who is different from us? Despite the gains in marriage equality, in the attitudes towards sexual orientation, will we make further blurring of the boundaries between the LGBTQ community and the straight folks?

The interaction between cultural norms, changing times, evolving knowledge and personal needs is complex. Why do some people resist any change to the point of irrationality? There are personality theories that sort through this. In the end, as a human being, if one is unable to take a good look at one’s self and be anchored enough to accept what is there with its warts, it becomes a flailing in the dark. Nobody is perfect. We all have our Achilles’ heel. We are not obliged to approve of another person’s behavior, but surely we can appreciate their humanity and ours? Accept we might be wrong at times, own it and make amends. So I am hoping that after the social distancing, there will be greater understanding that we are indeed our brothers’ and sisters’ keeper. That the nurse who tended to me or to my loved ones did not discriminate looking at the patient’s orientation or race, and it didn’t matter to the patient what the nurse believed in either. 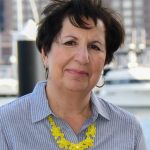