On January 18th, 2019 the Baltimore Sun reported that a psychotherapist and ex-gay activist Christopher Doyle formally challenged Maryland’s conversion therapy ban on minors through a federal lawsuit against the state. Doyle, who lives in Virginia and practices there and in Maryland, argues that the conversion therapy ban prevented his clients with unwanted same-sex attractions from seeking therapy that would supposedly diminish those attractions. While Doyle acknowledged that draconian practices such as electroshock therapy are ineffective and inhumane, he also argued that banning conversion therapy undermined the efficacy of faith-based counseling for persons with unwanted same-sex attractions. In September, a federal judge dismissed the lawsuit, which prompted the psychotherapist and his attorneys to file an appeal with the fourth circuit appeals court. There has been no word on the outcome of that appeal.

While this psychotherapist’s views on LGBTQ issues might appear out of touch on the surface, the clever tactics he employs to promulgate the belief that homosexuality and transgenderism are inherently immoral allow him to remain a licensed practitioner while covertly “counseling” clients out of homosexuality. This particular psychotherapist has made a concerted effort to re-brand himself as “open and affirming.” On his group’s website, he claims to specialize in sexual identity affirming therapy, while also providing services for clients with unwanted same-sex attractions. These services encompass parent teleconferencing classes in which the root causes of same-sex attraction and gender-identity confusion are explained. The organization also espouses a therapeutic approach based on Judeo-Christian principles while claiming to be non-sectarian. If one scrutinizes the website, the term conversion therapy is nowhere to be found. By appearing supportive of clients who identify as LGBTQ and removing conversion therapy from their rhetoric, organizations such this here can practice conversion therapy under the guise of faith-based counseling.

OutRight Action International further reported that there is a stigma around the term conversion therapy, citing how a Christian UK-based group accused gay activists of inventing the term in order to denounce any and every form of therapy whose outcome resulted in diminished same-sex attractions and behavior. OutRight also reported on another organization which has decided to call conversion therapy by another name, “reintegrative therapy.” Succinctly put, “reintegrative therapy” addresses and resolves trauma and addiction using evidence-based practices. The primary goal of “reintegrative therapy” is not to change clients’ sexual orientation, but to resolve their past traumas and addictions, which, according to its proponents, will result in the client’s sexuality being changed. Practitioners who support “reintegrative therapy” acknowledge that converting a client to heterosexuality is not their ultimate goal. One can postulate that practitioners who reject the label of conversion therapy by calling it by another name or claiming to provide holistic treatment for all persons subvert their true intentions of encouraging clients to view the LGBTQ identity as incongruous with leading a happy, healthy life. While this viewpoint is often steeped in deeply held religious beliefs, it implicitly allows the marginalization of LGBTQ people to flourish in today’s society.

Many people today associate conversion therapy with the aforementioned electroshock therapy and “pray-away-the-gay” camps, and agree that these approaches are abusive and ineffective. However, a licensed mental health practitioner promising that clients will see a diminishing of their same-sex attractions is unfortunately palatable to the general public despite having the potential to do just as much harm as electroshock therapy. Dr. Robert Spitzer’s controversial 2001 study: “Can Some Gay Men and Lesbians Change Their Sexual Orientation?” quantified change as renouncing the LGBTQ label and eliminating homosexual behavior, noting that same-sex attractions did not diminish. Spitzer also noted that 93% of the participants in his study sought to change their sexual orientation because of religious beliefs. Armed with this information, one must continue to scrutinize the current methods many licensed practitioners use to promote the belief that a person’s sexual orientation can be changed. 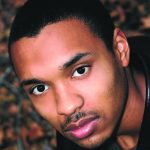 Jared Dixon
Jared Dixon is a native of Prince George’s County Maryland, and currently resides in Timonium, MD. He received a full academic scholarship to Norfolk State University, graduating Summa Cum Laude with a bachelor’s degree in Optical Engineering in 2011. He received his master’s degree in Electrical Engineering from the University of MD, Baltimore County in 2014. A gifted musician for over 20 years, he currently serves as the pianist for St. Charles of Brazil Independent Catholic parish in Linthicum Heights, Maryland. Jared’s past experience with conversion therapy has fueled his passion for writing about the pervasiveness of this issue in society today. His debut novel, “Corrupted: The Truth Shall Be The Nail In Your Coffin,” delves into the world of conversion therapy. He is on Facebook at www.facebook.com/dijared13 and enjoys reading and practicing yoga in his spare time.