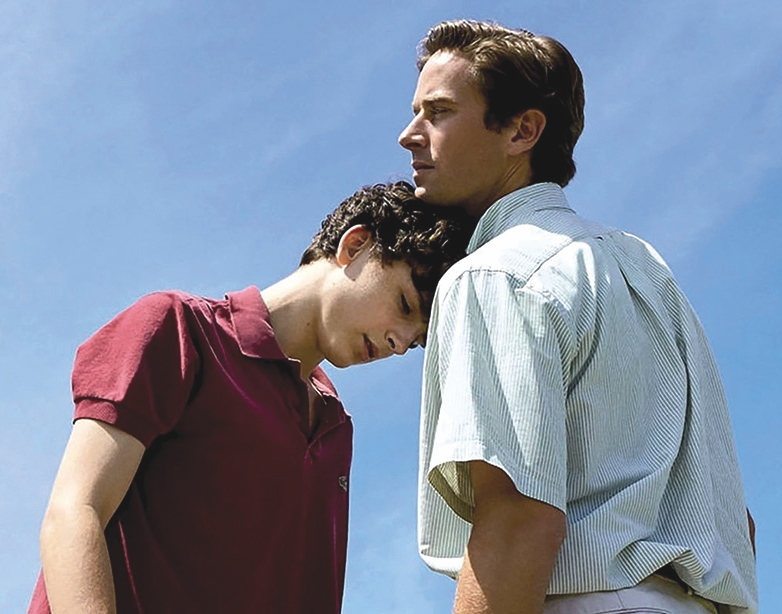 Claims of sexual harassment fill the airwaves and are sending famous heads tumbling every day. So what should be an operative definition of consent? A simple “no” won’t do: so many sexual encounters begin with a “no” and turn into a consensual situation. That’s the nature of seduction, and women like seduction. It’s very on-point that the acclaimed new gay film Call Me By Your Name comes out in the midst of this and even women think it’s beautiful. The characters don’t turn to each other and say “Is it okay if I touch your penis?” No romantic movie ever went that way, and no one would watch them if they did.

Consent has also to do with surroundings and circumstances. If I’m in a gay club with loud music, it’s assumed that at least some guys are there hoping to get intimate with someone, even if ostensibly people are there nominally to drink and dance to music.

I once spotted a very beautiful 20-year-old on a very crowded dance floor. He ended up right in front of me, and I looked into his eyes until he noticed me looking at him. He didn’t look away, so I poked him gently in the belly and waited for his reaction. We danced closer and closer, then I put my hand on his shoulder, and then my other hand on his other shoulder, and soon we were kissing. Then after this, he had given me all he wanted to give, and he smiled at me and pushed me away gently and went away. Almost no words were spoken. By a woman’s yardstick, if he had been a she and she had been drunk and regretted it afterward, and if she “looked up to” me, she might say it was nonconsensual.

So, it behooves us to include expectations in our operative definition of consent. Do the parties have an expectation that something might happen?

It’s even that way with two people at random on a street. Consider two cases. In one case, two men make eye contact, thinking each other must be gay (based on the way they dress) and flirt with each other with eye contact alone, and end up having sex with only the briefest of conversation which goes something like “how about coming to my place? (wink wink)”. In another case, a woman is randomly mugged by a masked man, who ties her up and has sex with her while she is tied up. In both cases, the initiator has the intent to have sex with the other person. In the first case, body cues tell the initiator that there is some interest. In the second case, there are no body cues – the initiator is raping the other person, by force, and the force is not previously agreed to. In neither case are many words spoken. There isn’t a question posed– no “yes” or “no.” The distinction is that in the first case, visual body cues gave the initiator the expectation that their interest was reciprocated. But in between these two cases there are the cases where the lines are blurred. The man thought the woman was interested, but she was merely going along with it, and then felt violated afterwards. There was an absence of “yes” and often not a “no,” in many cases (and in Louis CK’s case, there were “yes’s”). So all we have to go off of was the circumstances: and we must note that the society has constructed a false expectation that females want sexual contact the same way males do.

In the case of Brock Turner – the Stanford swimmer who is fighting to get himself delisted from Ohio’s sex-offender registry after serving a prison sentence for what was prosecuted as rape – the girl got blind drunk at a frathouse party, threw herself all over a frat guy, and went home with him. Of course, he thought they were going to have sex. It’s not that she claims she had no idea she was in for that, but only that she couldn’t consent because she was drunk. However, all the guys at gay dance clubs are drunk, too. How many young men I have known who had sex when drunk and woke up next to someone they don’t recognize? In worst cases the other guy was not attractive, and they just introduced themselves the next morning. If the guy was good looking, they might try to have brunch with him.

One must take responsibility for the messages one gives, given the importance of circumstances. Demanding a transactional “yes” or “no,” signing on the dotted line of a contract, is simply an idea which stacks the deck against men in a way that’s unfair – like a big sting operation.

Clearly the solution is to raise the expectation that females, as a blanket rule, do not want sex the same way males do, and can’t walk away from sex as easily as males do. The second part of that is just as important as the first: males do not react as negatively as females do to being cajoled into sexual contact they don’t want. They don’t consider it as much of a violation. It’st my hope that society will move on from the present orgy of accusation and retribution– which puts any male in the firing line to lose job, career, and family on the basis of essentially unprovable accusations– and undertakes a nuanced discussion about consent in all its shades of gray.