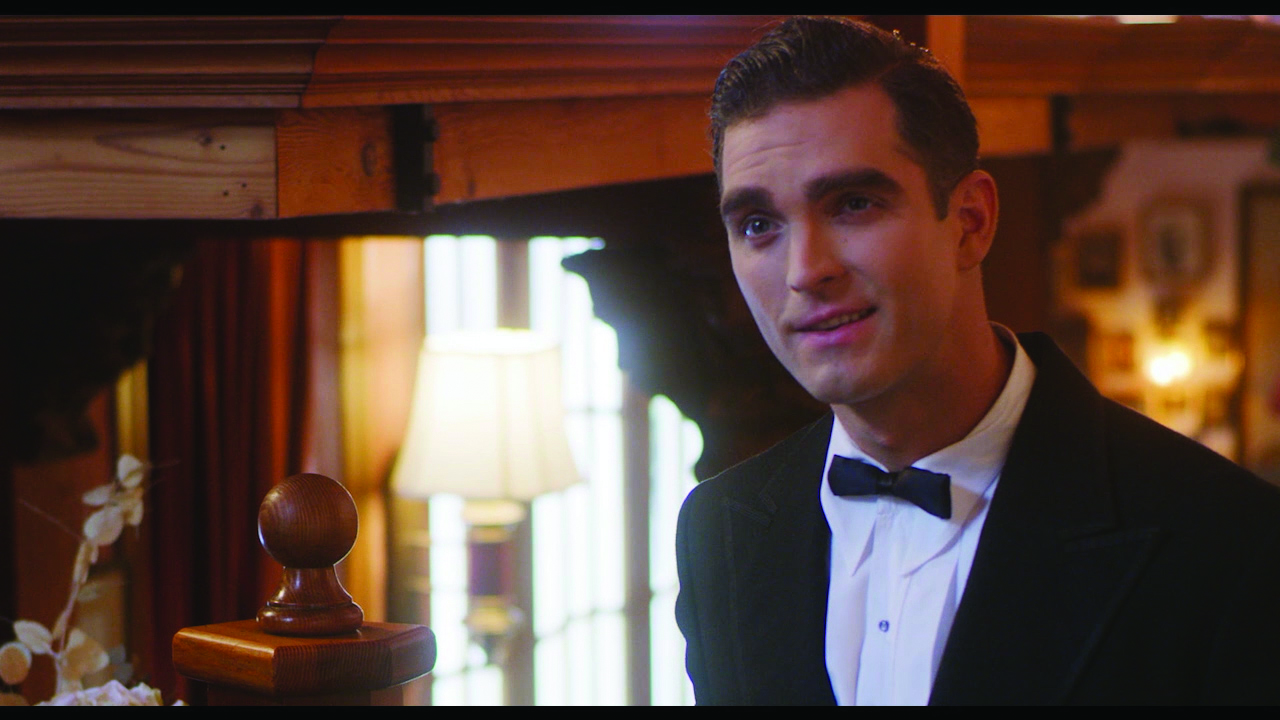 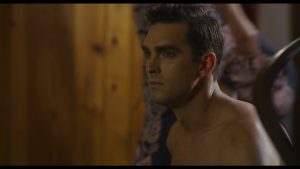 of the movie that would catapult his film career, once said, “I watched myself in Red River (1948) and knew I was going to be famous, so I decided I would get drunk anonymously one last time.”

Substance abuse would be one of the causes leading to the actor’s ultimate demise, but Clift’s prediction of fame was accurate. In Bruce Reisman’s As Long as I’m Famous (2019), Montgomery Clift is portrayed by the beguilingly talented actor Gavin Adams. Adams, who has local ties to Maryland, recently chatted with Baltimore OUTloud over lunch regarding his upcoming role, his ties to Maryland, and the one role that Montgomery Clift was unable to play.

The postwar 1940s were the American entertainment industry’s “Golden Age,” Adams notes, and provokes intense nostalgia today, even in people born much later. Set in 1948 New York City, As Long As I’m Famous goes behind the curtain to explore the private lives of entertainment industry friends and lovers. Told through the eyes of the then-unknown writer-director-actor Sidney Lumet, the story highlights many relationships, including Sid’s romantic chemistry with then-screen star Clift.

“The film, to me, is about the hardest decision a man has to make in his life,” Adams continued. “Whether he decides to pursue love or his passion. And that’s why the title, As Long as I’m Famous, is about deciding ‘This is what I have to do to be famous.’ We all have loves throughout our life, but maybe we only get one true love. And I think that writing and directing was that for Sid. Unfortunately, Monty was a casualty of that.”

For Adams, the road to playing Clift began in his native Philadelphia. While attending St. Joseph’s University and majoring in marketing with a minor in pharmaceuticals, acting seemed like the furthest thing at the time for Adams. “I had always been drawn to theatre, and coincidentally, my marketing classes kind of reminded me of that. I was always raised where the mentality was, ‘Follow your dreams but always have a backup plan.’ Eventually, your backup plan becomes your full-time plan and you put your dreams on the back burner. But, I never let go of theatre and always held on to it.”

After graduating college, the 2008 economic crash left Adams with difficulty starting his marketing career. “I was then presented with an opportunity to go to Milan where I worked briefly in fashion.” While in Italy, Adams modeled for Beatrice International Models Agency. “They also had the actors academy – a small acting school that offered free admission if you were modelling. The acting classes helped so much and gave me such a stronger foundation. Eventually, though, I found that I didn’t have as much success in modelling, and I came back home and continued to bartend.” It was during this time that Adams lived in Ocean City, Maryland, where he worked in the food service industry. “My mom had purchased a vacation house in Ocean City when I was younger, and I spent many of my summers there.” Throughout his time working in Ocean City, Adams worked at notable locales such as Fager’s Island, Shenanigans, and the Rip Tide Pool Bar. He added, “It’s such a great community there.”

Adams then left Ocean City for California in spring 2012. A chance meeting with Reisman led to Adams working behind the scenes on Reisman’s play Blank where he assumed stage manager duties and read with the actors. Eventually landing the role of Clift in As Long as I’m Famous, Adams thoroughly researched the screen legend in preparation for the role.

“In one of his first films, Red River, Clift played this very macho, defiant rebel. Around the same time, in post-production, Clift had also done The Search which earned him his first Academy Award-nomination. In that film, he plays an officer in the military and it was a completely different demeanor from this rugged character he played in Red River. So, I think, the critics really enjoyed seeing that range and that presentation as an actor. He was already such a fine actor from his time on Broadway. He was established by the age of 20. Clift did not want to go into film, but Hollywood offered him a substantial amount of money, and he did.” Adams adds, “As his career grew, Clift remained selective in what films he chose. He gave up roles in movies like Sunset Boulevard and A Street Car Named Desire for other projects that he believed in artistically.”

Adams believed that this film will allow audiences to explore a different era where taboo relationships weren’t capitalized in the media. “I think audiences are going to take away that there once was a time-period where everything wasn’t publicized, and everything wasn’t shared. There was a time when things were private, and relationships happened, and decisions were made not with other people’s intentions taken into consideration.”

Adams’s electrifying performance in the role of Clift is set to captivate audiences of the film. On preparing this role, the actor added, “Though I initially had some insecurities about playing a character with Montgomery Clift’s preferences and how he lived his life, I was inspired by the way he acted, because he often had to portray something that was foreign or perhaps uncomfortable for him. And he did it so well – with such vigor, passion, and reverence that it was inspirational to me. I was honored to play him. Many of the studios tried to cover up the off-set lives of these actors by creating these forced matches and couplings, such as pairing Elizabeth Taylor with Monty. It was really a shame that for many performers their only safe place was in their work. That constant tightrope that Clift had to walk must have been exhausting. The tragedy of it all is that Clift could play just about any role, but ultimately the one role he was unable to play was that of himself.”

For more info on the upcoming film, visit Broadwoodmedia.com or Instagram @broadwood_media.