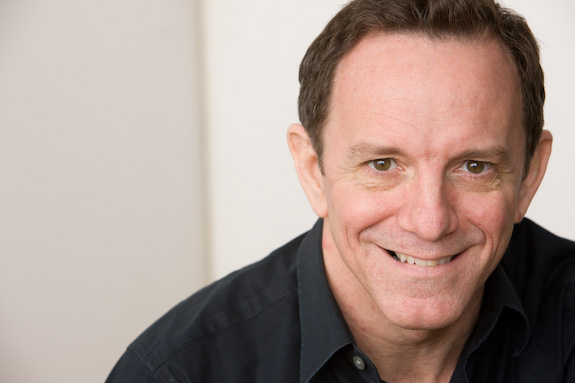 On 9/11, the world stopped. On 9/12, their stories moved us all. The musical Come from Away will run at the Hippodrome from April 23rd to 28th. Come from Away takes audiences into the heart of the remarkable true story of 7,000 stranded passengers and the small town in Newfoundland that welcomed them. Cultures clashed and nerves ran high, but uneasiness turned into trust, music soared into the night, and gratitude grew into enduring friendships. Baltimore OUTloud recently chatted with actor Michael Brian Dunn (Standby) who performs in the production.

Frankie Kujawa: What can audiences expect from this play?

Michael Brian Dunn: It’s a piece that embraces the humanity of our community. After the 9/11 terrorist attacks, all planes were grounded, and 38 of those planes unexpectedly landed in Gander, Newfoundland. All the planes that were coming across from Europe were grounded immediately. There were like 7,000 people that were on the ground with nowhere to go in the middle of nowhere. Gander is very remote. The community came to action immediately and decided where to house them and feed them. The community came together and formed emergency locations and bringing in cots where people could sleep. Even the fire houses were converted into shelters with no one knowing how long the guests would be there. What we would like to say is it’s not a story about 9/11, but a story about 9/12 and how a community gave of itself. It’s a beautiful story of how people can come together under extreme conditions, the relationships that develop, and how they endure.

Audiences will hear incredible music. The music pulls a lot from the Gaelic sound. It’s an ensemble piece. We are an ensemble of six men and five women. We have limited sets; just chairs and tables. It moves so rapidly. It’s entertaining and people are surprised that they leave with a full heart. There are huge amusing laughs that occur through the whole piece, and as well as some real heartwarming and sad reminders of what the time was.

Could you describe your character?

Hell! (laughing) I say that only half-jokingly. There are six men and I stand for five of them. I have to know five parts and be ready to go on at any moment. Once it starts you rarely even leave the stage. These chairs move in an instant to form an airplane, a seating area, to form a bus, to form a legion hall. It goes in and out of these scenes in split seconds. So, each chair has to hit their mark exactly. It’s this huge jigsaw puzzle that we have to figure out and be ready to go on at a moment’s notice. We don’t have any divas on stage.

What has been the reaction from audiences after seeing this performance?

Leaping to their feet! In today’s theatre, it feels that every finale is built for a standing ovation. This piece isn’t built like that, but people leap to their feet. I had the same reaction when I saw this piece on Broadway. I never thought at the time I would ever be part of the production, but here I am. It’s such a heartwarming, electrifying feeling on stage. It’s a fast-moving train with a great reward at the end.

Prior to this performance, had you ever been to Baltimore? Yes. Ironically enough, I was actually in Baltimore when 9/11 happened. It was the first day of rehearsal at CenterStage for The Pajama Game. I’ve actually done a couple of shows in Baltimore and I love being there. I’m really looking forward to it!