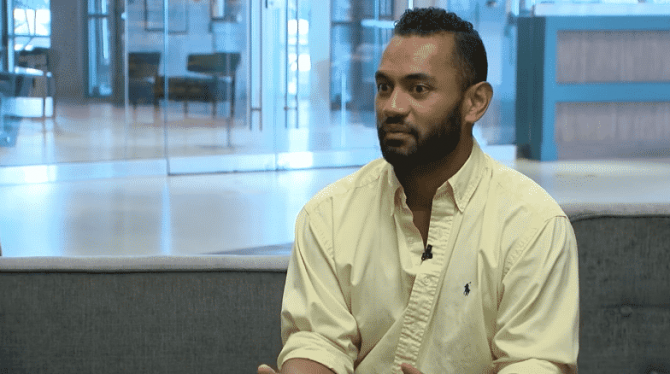 Highlands Ranch, – David Reddish reports in Queerty that a Colorado high school erupted in student protests the week of August 29 after the resignation of a popular volleyball coach. The coach in question has publicly claimed he was forced to resign because he’s gay. Inoke Tonga claimed administrators at Valor Christian High in Highlands Ranch, Colorado, pressured him into resigning after learning about his sexual orientation. Tonga has said in the press that the school warned him if he continued to live as an openly gay man, he could not live as a “child of God” and would therefore have to see a different employer.

In an odd move, Valor Christian appeared to corroborate Tonga’s account, writing in a statement: “In connection with his employment, Coach Inoke signed a statement affirming his alignment with Valor’s beliefs and community standards. Last week, Valor became aware of a Facebook posting by Coach Inoke that suggested he may not support Valor’s beliefs pertaining to sexuality and marriage . . .  [Following discussions] Coach Inoke provided a statement to Valor in which he concluded that he does not support Valor’s beliefs, and he requested a separation from Valor. Based on this conclusion, Valor agrees that a separation is appropriate.

Fox affiliate KVDR reports that students at Valor High have staged a walk-out in support of Inoke.

“When Coach Inoke and Coach Benner’s [another coach, allegedly pressured to resign for being gay] stories came out in the past three days, my heart broke for both of them and it broke for every queer teen at this school,” Valor High junior Lucy Sarkissian told reporters. “This is about an end to all of those discriminatory policies because we have the light on us right now because you guys are here, alumni are here, we’re all here. The whole community is watching right now. And we’re in a rare instance where we can truly make a change to their policies,” she added.  “Discrimination against the LGBT community is not something that’s new for Valor, it’s something that’s baked into the foundation when the school was opened,” said Valor graduate Cole Watson. Inoke, meanwhile, has said he would return to the position if offered, so long as the school accepts him as both a gay man and a Christian. (Queerty – David Reddish at https://www.queerty.com/high-school-explodes-student-protests-ouster-gay-coach-20210828?utm_source=Queerty+Subscribers&utm_campaign=eb50065f78-20210828_Queerty_Newsletter&utm_medium=email&utm_term=0_221c27272a-eb50065f78-431876119)