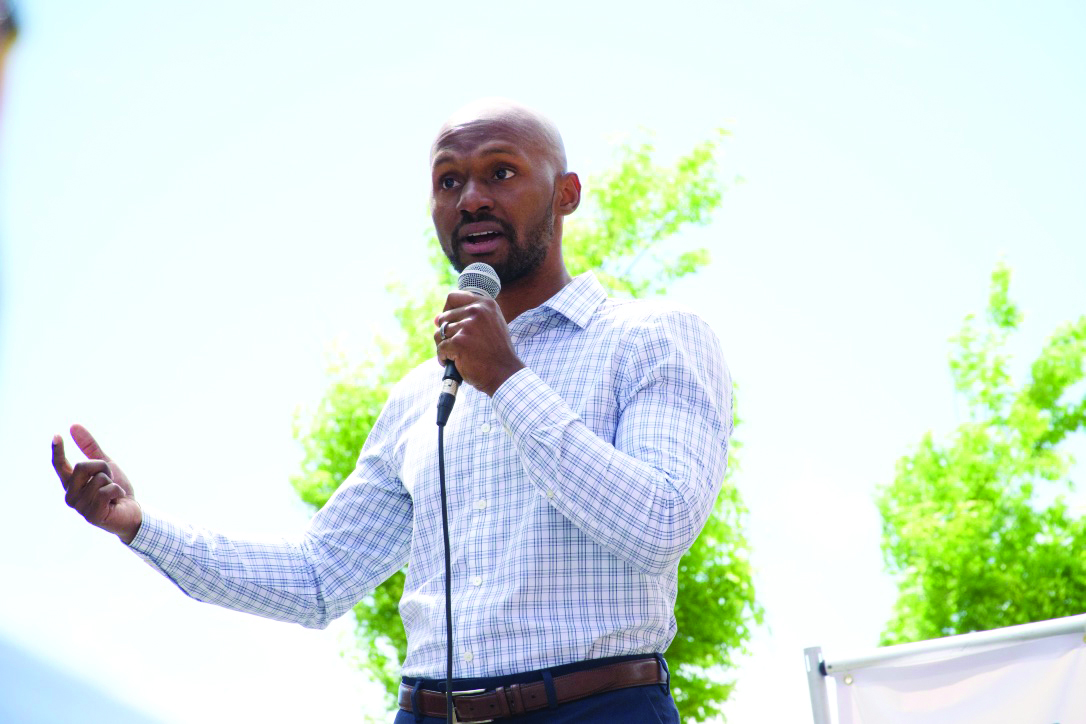 Can you believe, in this day and age, that Baltimore has no openly LGBTQ representation in city government?

Representation is power. When elected leaders from our community are in the room, they humanize our lives, impact policy and legislative debates, and influence other colleagues to vote in favor of equality. LGBTQ elected officials are our best defense against anti-LGBTQ efforts at all levels of government and are best positioned to advance equality for our community.

This letter is my own “coming out” as a politician, just in time for Baltimore Pride! This is the time of year when Baltimore gets a little gayer, a little more outwardly LGBTQ friendly. Politicians will march in the Pride parade, parties celebrating the progress of the community will be had, and advocates that work every day for the advancement the community will do their best to raise awareness of the ongoing fight for equality.

I am coming out as a politician, specifically an openly LGBTQ politictian in a city that has never elected one to serve in city hall. I would be the only councilperson who openly identifies as part of the LGBTQ community. I would be making history here in Baltimore. But this is not about me. I deeply believe that Baltimore deserves elected officials that mirror its population and who understand their experiences.

I am running to represent the people living in Baltimore City Council’s 12th district. The district includes Charles Village and Remington in the north and Jonestown in the South, Mount Vernon and Station North in the central west. The district is home to the soon-to-close Grand Central, the newly reopened Baltimore Eagle, and is the longstanding home of the Baltimore Pride block party and parade.

Baltimore City politics has not been kind to LGBTQ people running for public office. In 2016, a LGBTQ candidate had a political opponent released an illegal and homophobic flyer relating to criminal charges he faced. He lost the race. The flyer itself was illegal because the group responsible for its distribution failed to place their name on it, as required by Maryland law.

I am choosing to run on my record of public service and as an openly gay man.

Currently, I provide free legal assistance to city residents in the areas of landlord and tenant laws, debt collection, and criminal expungement. While I find this work extremely rewarding, I am running to expand this community-focused work on a larger scale. The focus of the campaign is on increasing protections for our youth and trans community, housing equality, addressing needs of senior citizens, the growth of local businesses, and transparency.

I am coming out to the community because I will need your help and your support. I believe, based on my background of service to our community and to Baltimore City that I am the right person for this important job.

I’m out, proud, and ready to serve!