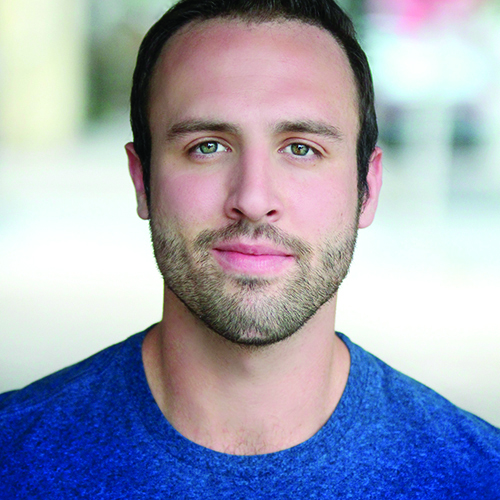 Andrew Lloyd Webber’s classic, Cats, claws its way to the Hippodrome Theatre this January. Baltimore OUTloud recently chatted with performer Giovanni DiGabrielle who plays the role of Skimbleshanks in the performance. The Philadelphia-native began his academic career in the arts by performing in school musicals and community plays, before eventually launching his professional dance training when he was 19 years-old. Now in his fourth national tour, DiGabrielle shares with readers his belief as to why Cats has such an enduring legacy for audiences of all ages.

Frankie Kujawa: What can audiences expect from this upcoming performance of Cats?

Giovanni DiGabrielle: They can expect a fantastic show! I had never really seen Cats until I was offered this role. I researched by watching the 90s film, and it was great to watch. I think that people can expect a lot of the original choreography, but also a fresh new look at the choreography, too. It’s a fusion of the original version and the newer version that opened on Broadway in 2016. Audiences can expect all the cats that they love, but maybe with some fresh new takes on them. It’s very cool that we’ll be in Baltimore around the same time as the recent movie.

Can you describe the role of Skimbleshanks?

He is the cat of the railway train. He’s an adult cat and is really caring and very organized. He’s very defensive of his tribe and his younger kittens. He just brings joy, and that’s my interpretation of the character. He has great moments, and I’m lucky enough to do a song in the show that tells you more about him, as well. He likes things in order, and I can definitely identify with that because I’m a perfectionist. It’s definitely the right role for me. I can’t see myself as any other cat than him at this point.

What is it about Cats that allows it to have such an enduring legacy for generation of audiences?

I think people identify with the show in different ways. As a dancer, I appreciate the dancing. The story is absolutely fantastic, as well. Whether it’s the plot, or the famous song “Memory,” everyone loves this musical for many different reasons. I think there’s so much in the show that you can bring an appreciation of lots of different aspects. Whether it’s choreography or music; even if you’re not into the arts you find an appreciation of it.