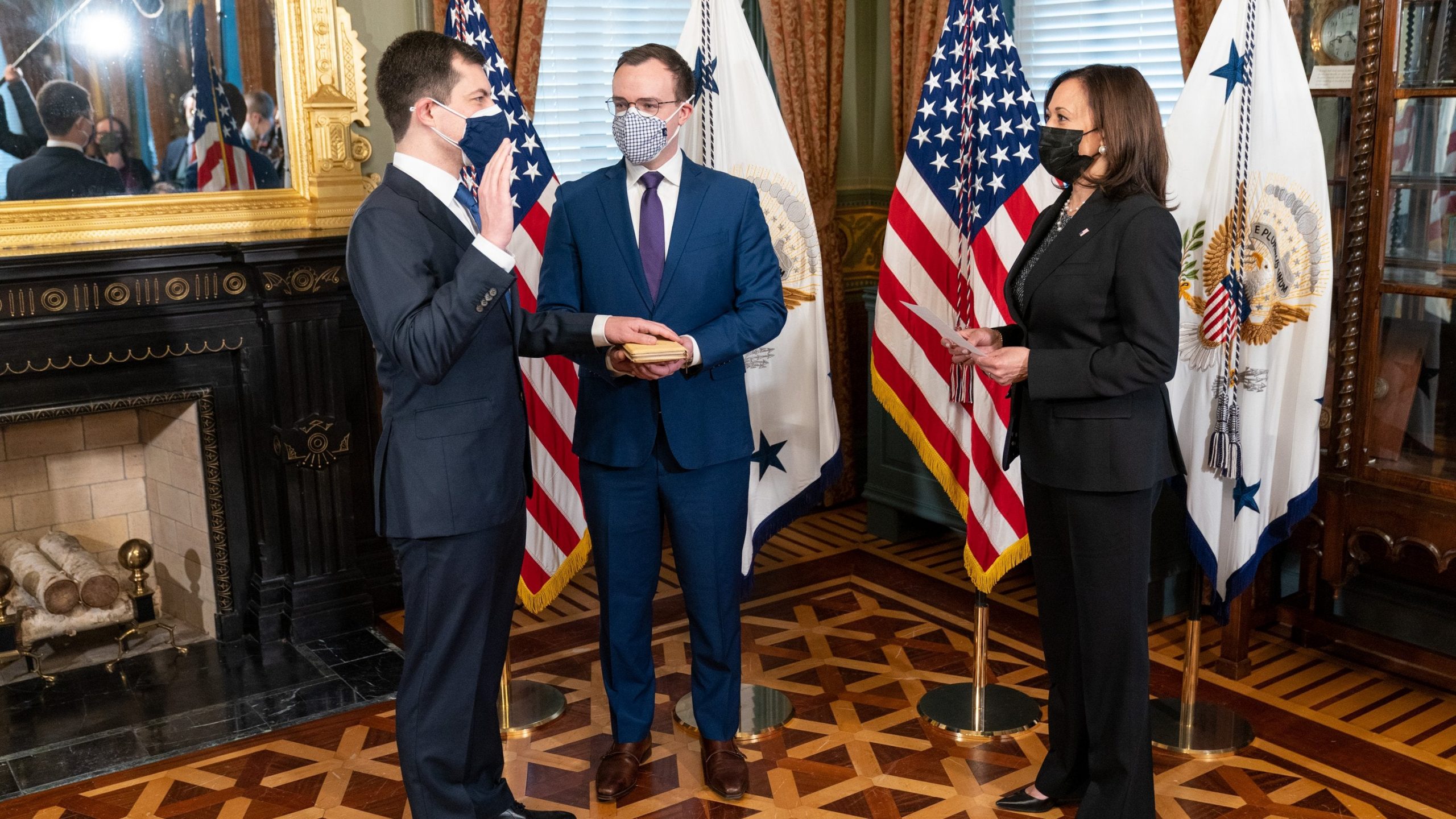 Washington, D.C. – Former South Bend, Indiana, Mayor Pete Buttigieg made history on February 2 by becoming the first openly gay man to win Senate confirmation to a Cabinet position. Buttigieg was confirmed in an overwhelming bipartisan vote of 86-13 as Secretary of Transportation. He is the first openly LGBTQ, Senate-confirmed person to lead a department and hold a Cabinet-level position. After his confirmation, Buttigieg tweeted “I’m honored and humbled by today’s vote in the Senate — and ready to get to work @USDOT.”

The day after his confirmation, President Biden himself swore in Buttigieg. Biden has often said that Buttigieg reminds him of his late son, Beau, who was Attorney General of Delaware. Biden said of Buttigieg that he is “a new voice with new ideas,” and referencing Buttigieg’s service as a Naval intelligence officer said, “I’m honored he’s answered the call to serve his country once again.” Having turned 39 in January, Buttigieg is the youngest Cabinet member in decades and the only millennial in the Biden Cabinet. A staunch environmentalist, his appointment was applauded by environmental organization. Gina Coplon-Newfield, director of Sierra Club’s Clean Transportation for All campaign, said, “Confirmation of Pete Buttigieg as Secretary of Transportation is a big step forward towards addressing the climate and health impacts of our polluting and inequitable transportation status quo.” “The Sierra Club looks forward to working with the new secretary and the Department of Transportation to clean up transportation pollution and make our transportation systems accessible for all,” Coplon-Newfield added.