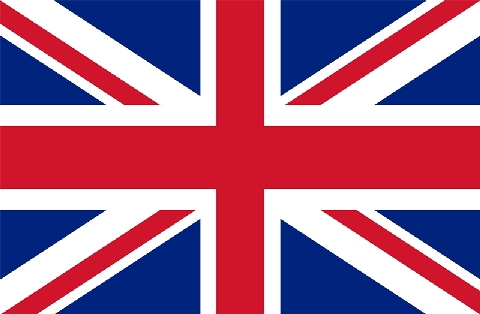 Galloping in a couple of years after Oxford’s Foals’ breakthrough disc Holy Fire, What Went Down (WB) does a remarkable job of sounding alternately massive and intimate, sometimes even in the same song. The riveting title track sets the tone. “Birch Tree” is an irresistibly funky workout that could find club success with the right remix. In fact, listeners should have no trouble shaking their asses to “Albatross,” “Night Swimmers,” and “Snake Oil.”

The 1975 is kind of a misnomer for the Manchester band The 1975 because they sound an awful lot like 1985 on their second album I Like It When You Sleep, For You Are So Beautiful Yet So Unaware of It (Interscope). The 1975 do such a stellar job of taking listeners back 30 or more years ago on tunes such as the retro funky “Love Me,” the Princely “Ugh!” the dance-floor-friendly “She’s American,” the Tears For Fears-like “Somebody Else,” and “The Sound,” which sounds like the best song Madonna never recorded. Instrumentals such as the title cut and “Please Be Naked” are added bonuses.

Oxfordshire’s Glass Animals return with a second album, How to be a Human Being (Harvest). Full of fascinating observations and enticing beats, there’s never a dull moment here. Expanding on the distinctive sounds of 2013’s Zaba, Glass Animals pour a frothy mug full of tasty funk on “Pork Soda,” pound out exotic rhythms on “Life Itself,” sample the Carpenters on the gorgeous “Mama’s Gun,” do unexpected things to your spine on “Cane Shuga,” and redefine modern blue-eyed soul on “The Other Side of Paradise.”

Almost 30 years since The Proclaimers, harmonically-oriented Scottish identical twins Craig and Charlie Reid, topped the charts with the irresistible hit single “I’m Gonna Be (500 Miles),” the duo is back with its tenth studio album Let’s Hear It for the Dogs (Compass). Dogs rule in songs “What School?” and “Through Him,” while humans fare less well in songs “Then Again,” “Moral Compass,” and the propulsive “The Other Side.” The Proclaimers still sound good after all these years and haven’t lost their love of retro rock.

It’s been ten years since Dublin’s Bell X1 first caught our attention with their Flock album. On Arms (Belly Up), Bell X1 make creative use of samples and soulful choir on the appealing opener “Fail Again, Fail Better.” Equally alluring are “Bring Me a Fireking” (featuring an unexpected sax solo), the sexy “I Go Where You Go,” the 80s retro rhythms of “Sons and Daughters,” and the unforgettable beat of “Fake Memory.”

For a trio, Glasgow’s Biffy Clyro make a lot of noise on Ellipsis (WB / 14th Floor). Prog-rock / semi-metal guitars crunch on “Animal Style,” “Wolves of Winter,” and “Flammable.” The band displays a softer side on “Small Wishes” and “Re-Arrange,” a good example of versatility.

Ullages (Partisan / Knitting Factory) by Leeds’s Eagulls draws on 80s Brit influences including The Cure and Echo and the Bunnymen. If imitation is the sincerest form of flattery, then those bands should be flattered by songs “Euphoria,” “Velvet,” “Skipping,” and “Blume.”