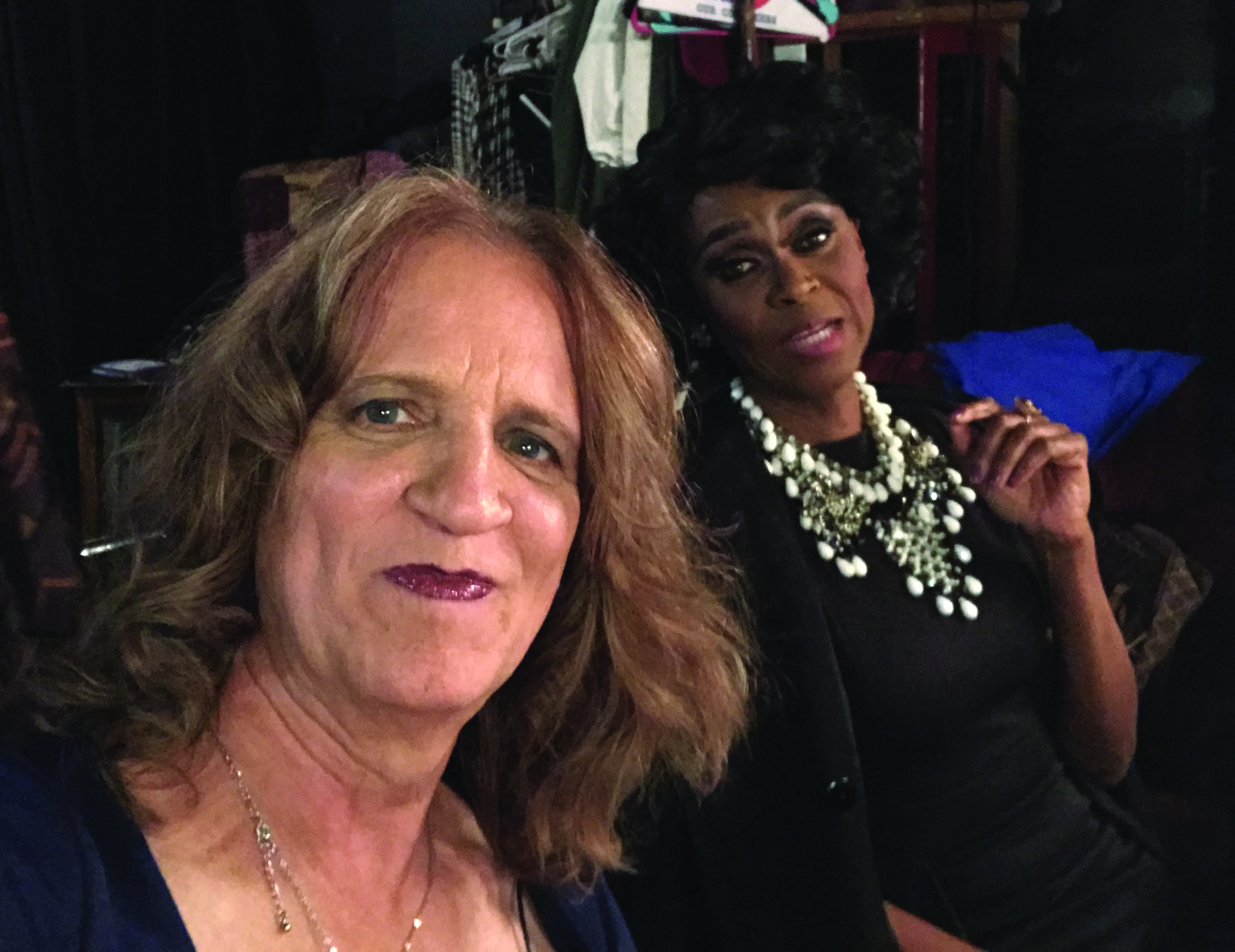 Our world is in chaos. Currently we have rioting and civil unrest in the streets. There is a narrative that has fractured our communities and our nation. This has given the rise to a movement called Black Lives Matter. Since I cannot do justice to this community I reached out to a friend for help. She wants to help both our community and the Black Lives Matter community. I also felt it would be appropriate that she speak on this because she is a black transgender woman.

Let me tell you a little about Teryl Lynn Foxx. We met this past fall when we were cast in a play called Trans Scripts. Over the next two months we became friends. We marched together on a couple of occasions. She transitioned in 1982. We are a lot alike. We both keep to ourselves. And now want to make up for times we didn’t speak out for our community. The following was been written by Teryl Lynn Fox:

DURING THE CIVIL RIGHTS movement, there were two great leaders; Martin Luther King and Malcolm X. The movement was a decade(s) struggle to end racial discrimination and segregation. Each leader had a different approach, but yet their mission was the same. The protesting, the boycotting, the riots brought change. Change that became laws. Laws that looked good on writings and sound good to the Negroes’ ears. But there was still no equality.

Depending on the perspective, some believe the movement was a failure, while others believe there were substantial gains fast forward 2013. A movement was organized to eradicate white supremacy and build local powers to intervene in violence inflicted on black communities by state and local vigilantes. Black Lives Matters became vocal and visible after the killings of young black men. The movement peacefully marched when the police or vigilantes were found not guilty or some law that protected the white offenders.

In 2016 Colin Kaepernick took a knee during the national anthem to bring attention to the social injustices, the oppression and the death of African American men and women by the hands of officers while in custody. The killing of innocent people of color just for being black.

It was not until 2017 that I became aware of the number of trans women that were murdered. It was the death of China Doll Dupre that shook me to my core. I didn’t know her personally, but her death changed my life forever. The media reported the crime. The things people said that didn’t know her, like “She must have been out there tricking and fooling men.” I was so angry. Then I realized, that could have been me. And I ain’t turned a trick since 1985.

I lived a stealth life for many years. I didn’t concern myself with the issues my sisters were facing. I lived the privileged life. The fight to use the ladies’ restroom was not a concern. The fight to gain employment, housing, and medical assistance was not my fight. I realized that I could no longer watch my sisters fight and lose their lives for a meaningful and purposeful space in society.

Today I stand in solidarity with my trans sister across the world. We will fight to live on. Never compromising our mission. With the wisdom from our ancestors and our elders and with the fortitude and resilience of the new generations that can and will be a progressive change. #BlackLivesMatter #TransLivesMatter