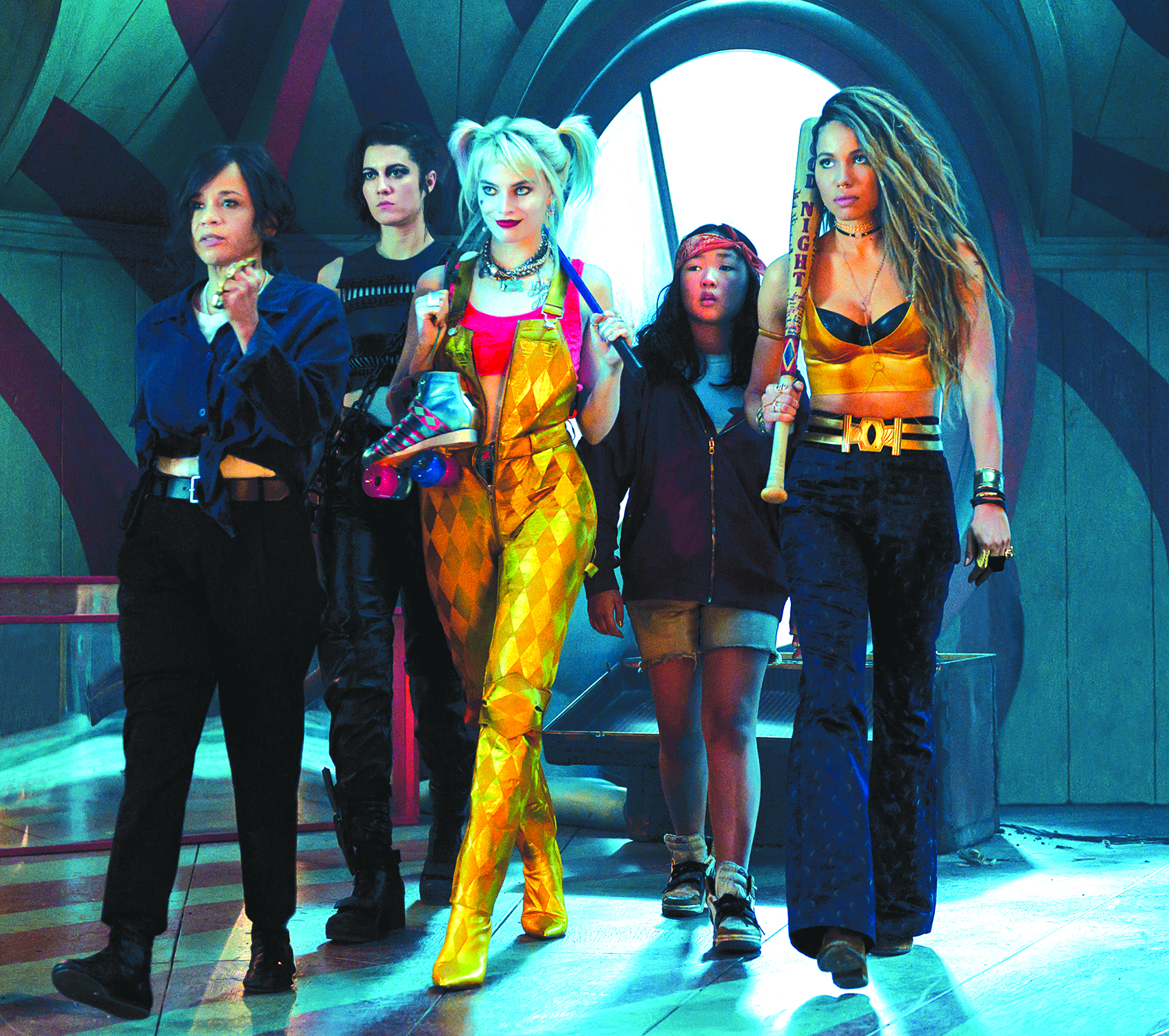 After DC Comics’ overly dark movie adaptations of its main comic book characters, hopes were high when Suicide Squad was announced because it was sure to be over-the-top fun. Unfortunately the film was a mess, with sloppy editing and even a bit … boring. Jared Leto’s interpretation of The Joker was off-putting for many but the one real standout was Margot Robbie’s Harley Quinn. So while the movie was a big pile of meh, Robbie stood out enough to nudge the Brothers Warner to consider giving her her own movie.

And they did … sort of, by launching a new film based on another DC Comic brand, Birds of Prey. That, of course, is the title most people will be using but the full title of the new movie is Birds of Prey, and the Fantabulous Emancipation of One Harley Quinn. Yes, Harley is the centerpiece of the movie, but it also introduces more characters that will probably make a more interesting version of the Justice League.

The story is fairly simple: Harley has broken up with Mr. J but doesn’t want anyone to know because she can get away with anything as long as people believe she’s still his girlfriend. But after overhearing a group of her ‘girlfriends’ chatting about her and her co-dependent relationship with Mr. J, Harley decides to make a statement by driving a tanker truck right into the place that started their whole romance, Ace Chemicals. The place goes boom and suddenly everyone in Gotham City knows Harley is a free agent. And that, unfortunately, makes her a target for every low life in town that she’s wronged, especially rich crime lord Roman Sionis (Ewan McGregor), whose driver’s legs Harley shattered recently (forcing Sionis to replace the guy with his club’s resident chanteuse, Dinah Lance (aka Black Canary, played by Jurnee Smollett-Bell).

With everyone in town looking for Harley, Detective Renee Montoya (Rosie Perez) – who has been passed over for promotions in favor of her male counterparts who take credit for her work and whose ex-girlfriend works for the DA’s office – is secretly working with Dinah to secure a shipment that is due to arrive for Sionis: a diamond laser-etched with the bank account numbers of the wealthy Bertinelli family, now deceased in a gangland execution. With the money from those off shore accounts, Sionis will rule Gotham. Sending Dinah and Victor Zsasz (Chris Messina) to retrieve the diamond, a young girl, Cassandra Cain (Ella Jay Basco), lifts the jewel box from Zsasz’s pocket and swallows it for safekeeping, as she’s being driven to the GCPD for pickpocketing. Sionis then gets ahold of Harley and is about to slice her face off when she makes him an offer – she’ll retrieve the little girl for him in exchange for keeping her face in place. He agrees and send her on her way … and then sends out a message to all of Gotham’s mercenaries to find the girl for a bounty of $500,000, hoping that Harley will get killed in the process. And then another mystery woman enters the story whom everyone calls Crossbow Killer (Mary Elizabeth Winstead) but her chosen name is … well, she’ll get to tell you eventually. So the stage is set for an all out war between Sionis’s merc army and Harley’s motley crew.

I didn’t have high hopes for Birds of Prey, I just hoped it was going to be fun and entertaining. And it was! Robbie again brings Harley to life with all of her emotional ups and downs, gleefully shooting up the police station with bean bags and confetti, while actually bonding with Candice. Her one real love at the moment is Bruce, her hyena she named after … well, the most famous Bruce in Gotham City. Robbie makes Harley funny, tragic and, yes, someone you can actually root for no matter what terrible things she does. That’s no small feat. She totally owns this character.

Of the other female cast members, Smollett-Bell has the most substantial role after Robbie, and she is terrific. She can kick ass, but you know she actually has a heart. All she wants to do is sing but when Roman appoints her as his new driver, it’s not something one turns down. But that also gives her the opportunity to stay in contact with Montoya and thwart some of Roman’s plans. Perez and Basco are also very good, and Winstead enters the movie pretty late in the game but she’s still a lot of fun, especially when she’s trying to reveal her code name to everyone (a scene of her practicing delivering that line is very funny).

The two main male cast members are McGregor and Messina. Messina’s Zsasz is complicated … but he’s not. He seems a little not there but then he can snap out of it and be very lucid, especially when it comes to his boss’s concerns. He also seems to have a hair trigger and any little thing will set him off. It is certainly a memorable performance. McGregor is a hoot. His Sionis is totally unhinged, ready to order Zsasz to slice off someone’s face at his whim, but enthralled enough with himself and his belongings to show them off to any “visitors” to his home. Plus there is nothing overtly stated, but it seems there may be a little sumthin-sumthin going on between Roman and Victor. There are times when they get very close to each other that is very homoerotic but it never goes further than that. Plus Sionis is very fey when he’s showing off his shrunken head collection. But then he’s all business when he dons his Black Mask and assembles his army to go after Harley and Company. McGregor is terrific and he looks like he’s having a great time.

Director Cathy Yan keeps this ball rolling while using a very cool structure to give us characters’ “origin stories” without actually making this a true origin story film. It certainly is an origin story because the Birds of Prey don’t really form until the end of the movie, and even then they really aren’t yet a cohesive group. So without that introductory baggage, Yan is able to just give us a story and characters and style – the use of on screen graphics is also done to great effect – that keeps us thoroughly entertained. And the soundtrack is packed with some great music start to finish. Christina Hodson’s script is tight – hey, a DC Comics movie that clocks in under two hours! – and funny, but it also has real heart for the characters.

From start to finish, Birds of Prey visually and aurally assaults you in the best way with its bright colors, flashy editing, over-the-top performances and thumping soundtrack. Robbie, McGregor, Smollett-Bell, Messina and the rest of the cast don’t ever let things get too heavy, so it looks like DC has really learned a lesson of what not to do when it comes to adapting their comic book properties. Birds of Prey is pure unadulterated joy from beginning to end. And be sure to stay through to the end of the credits!