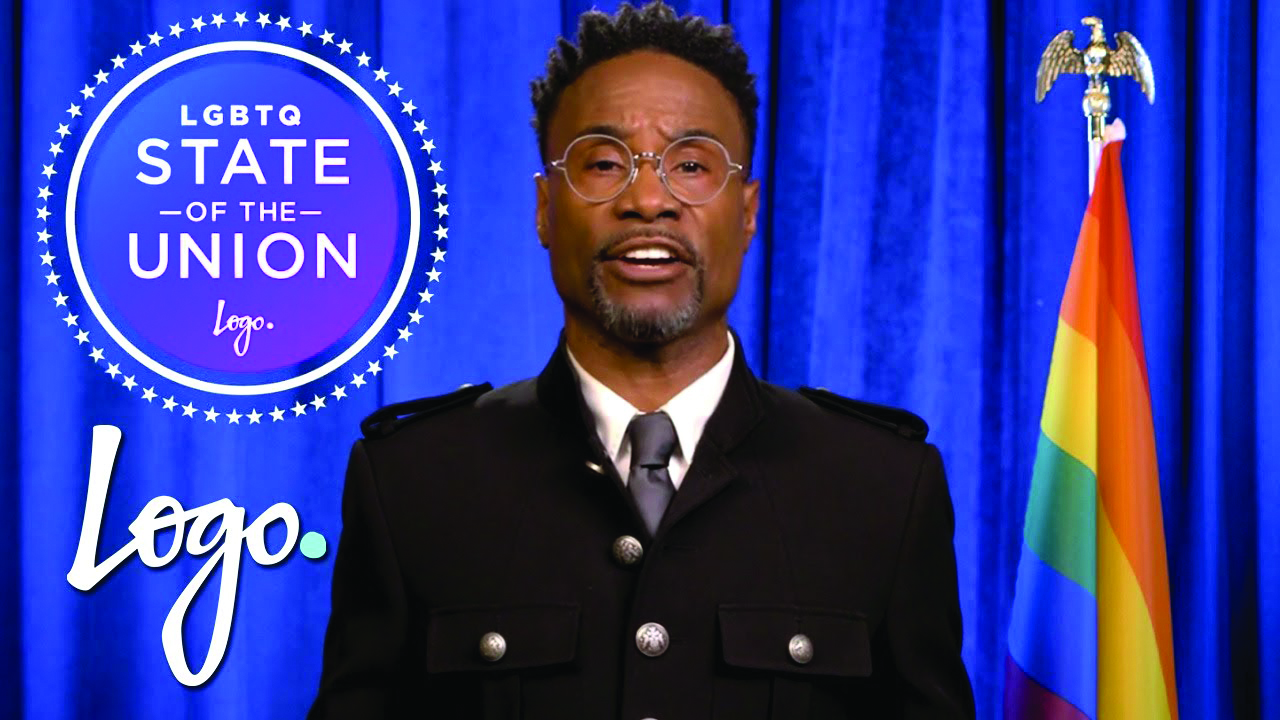 Dallas – “Last year I told you the state of our union was strong. And while it certainly has been battered, our union in far from broken.” That’s Billy Porter’s initial summation of the state of the LGBTQ union in his LGBTQ State of the Union address, which he delivered yesterday via social media, courtesy of Logo TV.

This was Porter’s second annual LGBTQ State of the Union speech, and while he said “our union remains unbroken, he was very direct about the work left to be done: “Now, in 2020, our responsibility as citizens has [never] been more evident.” Porter went on to denounce Donald Trump and his attacks on the community, calling on Americans to vote Trump out of office in November. He also touched on the growing epidemic of hate crimes, especially those targeting trans women of color, and global issues, such as the gay purge in Chechnya.

Porter acknowledged that some of what he said might sound dramatic, then added, “But if now is not the time for drama, child, when is?” But he also pointed out where progress is being made, such as marriage equality victories in Taiwan, Ecuador, and Northern Ireland. “We are witnessing true progress. Even in the darkest moments, humanity will find the light and shine bright,” Porter said. “The category is living our best lives, on and off screen.” Watch the full speech at Youtu.be/g18Z81h8-3A (Dallas Voice – Tammye Nash at dallasvoice.com/billy-porters-lgbtq-state-of-our-union)