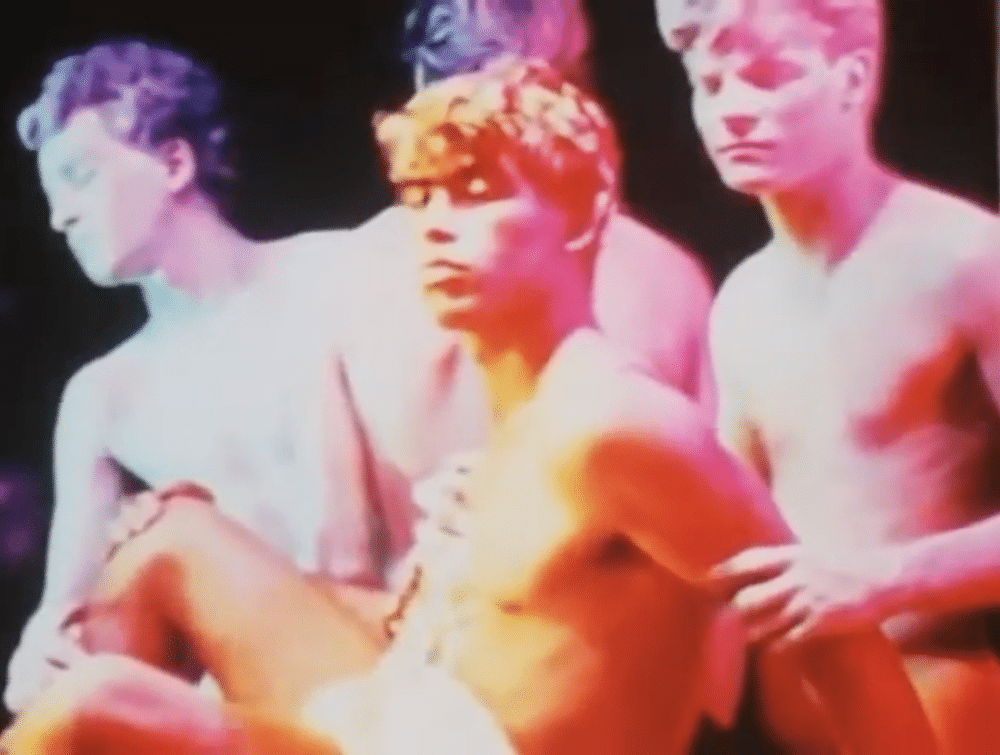 New York City – Lily Wakefield writes in Pink News that filmmaker and gay erotic photography pioneer James Bidgood has died aged 88 from complications related to COVID-19. According to the New York Times, Bidgood passed away on Monday, 31 January, in Manhattan, New York. Bidgood was the creator of the cult queer film Pink Narcissus, which visualizes the sexual fantasies of a gay sex worker, and he released it anonymously in 1971. He filmed the entire movie in his tiny New York City apartment over seven years, and it was only publicly revealed that he was the film’s director, writer, producer and cinematographer in the 1990s.

Bidgood moved to New York from Wisconsin in 1951, when he was 17 years old, and became a drag queen at Club 82 in New York City’s East Village. He soon ventured into photography, working with men’s muscle magazines and attending the Parsons School of Design in Greenwich Village, but was unlike other photographers of the time. He didn’t understand why homoerotic photographs of men couldn’t be beautiful and creative, and he told the New York Times in 2011: “They were badly lit and uninteresting. “Playboy had girls in furs, feathers and lights. They had faces like beautiful angels. I didn’t understand why boy pictures weren’t like that.” The photographers trademark became images that were rooted in fantasy, with ethereal colors and stunning costumes, mostly taken on sets erected in his small apartment. Speaking to AnOther Man in 2020, Bidgood said that he had to be careful, as producing images of full-frontal nudity was considered “obscenity”, a crime when he began his photography career. “But legal or not, it seemed to me many times sexier, far more naughty than had it been bare… It is very often what you don’t see that is the greater turn on because your mind fills in the blanks with what that particular viewer hopes they would discover.”

A GoFundMe page has been set up by Kelly McKaig, the executor of The James Bidgood Estate, to raise funds for Bidgood’s funeral, a memorial service and preserving an archive of his work. McKaig emphasized Bidgood’s enduring influence on today’s queer artists, writing: “While much of his work, like his landmark film Pink Narcissus, was created over 50 years ago, Jim remains an inspiration. “Jim’s influence can be seen in the work of photographers like David La Chapelle and Pierre et Gilles.  Charli XCX exclaimed how she’s “really obsessed…with James Bidgood.” “Olly Alexander called out Pink Narcissus as “amazing, I was so heavily influenced by that video.” And more than a few have cited Jim’s influence on Lil Nas X’s amazing videos.” She added: “Despite his many contributions to queer culture, Jim, like so many of our great gay artists of that time, was impoverished by the end of his life… I need your help in making Jim’s final wishes a reality.” (Pink News – Lily Wakefield at https://www.pinknews.co.uk/2022/02/05/james-bidgood-gay-photography-film-pink-narcissus-covid-19/)