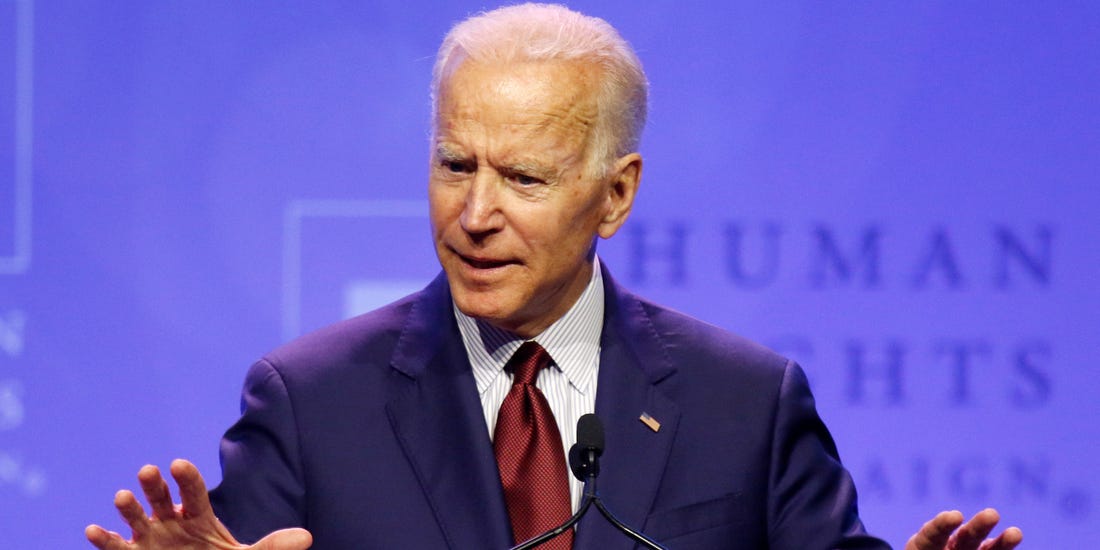 Washington, D.C. – US Democratic nominee Joe Biden was one of the notable guests at HRC’s Unite For Equality online event last night. The LGBTI advocacy group – the biggest in the US – normally holds an annual, star-studded dinner and fundraiser. This year’s event had to go online because of COVID-19. Not surprisingly, Biden took the opportunity to denounce President Trump’s record on LGBTQ rights. He also pointed out how he would do better if elected President in November.

“We’re facing multiple crises — an epidemic, recession, racial injustice, climate change, wildfires, an assault on LGBTQ rights, declining faith in a bright American future,” said Biden. “What’s the common thread? A president who makes things worse, not better, who brings chaos, not order, who sees violence and only fans the flames. Folks, this is not who we are.”

“For four years Donald Trump has tried to roll back the protections for the LGBT community,” said Biden. “Denying access to health care, denying transgender Americans a choice to serve our country, letting adoption agencies and homeless shelters and public services discriminate, turning a blind eye to the epidemic of violence against transgender women of color,” Biden said. “Folks, the White House should never be a source of opposition, or fear or oppression. It should be a source of hope and moral courage and unification . . . As President, I promise you I’m going to draw on all the best of us, not the worst. I’ll be an ally of the light, not the darkness. It’s a time of real peril, but it’s also a time of extraordinary possibilities. And you deserve a partner in the White House to fight with conviction and to win the battles ahead. Together, we’ll pass the Equality Act, protect LGBTQ youth, expand access to healthcare, support LGBTQ workers, win full rights for the transgender community, recommit to ending HIV/AIDS epidemic by 2025, advance the LGBTQ rights around the globe, not just at home.”  (Gay Star News – David Hudson at https://www.gaystarnews.com/article/joe-biden-slams-donald-trumps-record-on-lgbti-rights/)