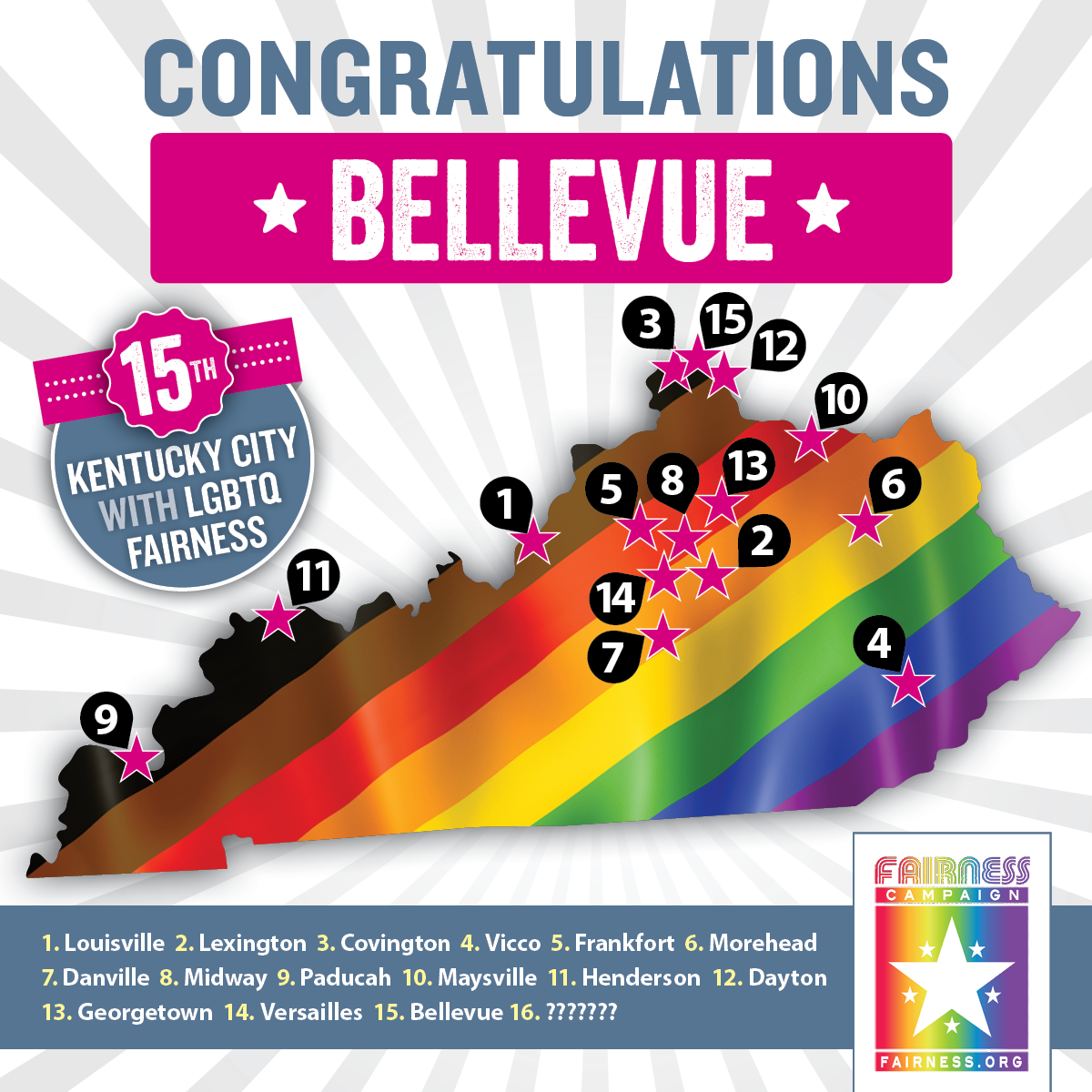 Bellevue, Kentucky – With a unanimous vote of six-to-zero on November 13th, the Northern Kentucky town of Bellevue, population 5,772, became the 15th city in the commonwealth with an ordinance prohibiting LGBTQ discrimination in employment, housing, and public accommodations. Bellevue continues the record-breaking streak of cities passing “Fairness Ordinances” this year by becoming the fifth to extend LGBTQ protections in 2019. In both 1999 and 2013, three Kentucky cities passed Fairness Ordinances, which was the previous record for a single year.