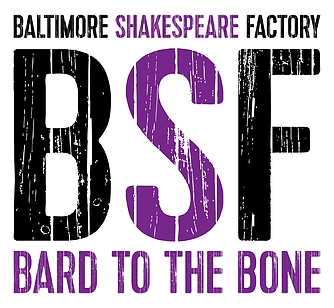 Stratford? London? Fuhgeddiboutit. The Bard is virtually in residence here in Baltimore in 2018. Here’s what’s happening when…

The Tempest – Marshall B Garrett

Frequently read as a semi-autobiographical story of a magician giving up magic at the height of his power, Shakespeare’s final solo-authored play is a meditation on forgiveness, power, colonialism, and love.

Baltimore Shakespeare Factory presents Shakespeare’s story of the utter destruction of one man’s soul in the name of purposeless hate. Performed in original pronunciation as Shakespeare would have heard it.

A chance to see this rarely performed gem of a play of a hapless king fending off threats from France, the pope, and his young nephew.

A Chaste Maid in Cheapside – by Thomas Middleton