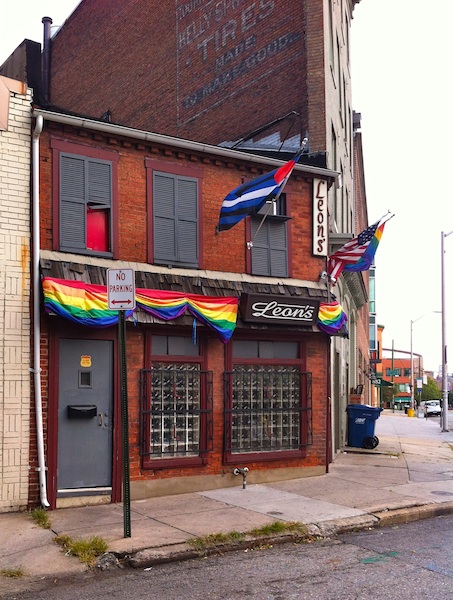 It was nearly 51 years ago that I first crossed the threshold at Leon’s in Baltimore and declared to myself that I was out. The world was in turmoil. It was the worst of times, but as with Dickens, it was also the best of times.

Despite the Vietnam War, the political assassinations (Martin Luther King and Robert F. Kennedy), there was a general feeling in my boomer generation that, with the status quo seeming on the brink of collapse, we were going to pick up the pieces and remake the world into a better place.

Perhaps, part of our illusions were caused by the music we adored. Not unlike the military tunes with which previous generations had marched into battle, songs of the Beatles, Bob Dylan, The Who, Joan Baez and so many others were directing us toward, as Lincoln would say, “The angels of our better nature.”

So despite the King riots, the Catonsville Nine, the Tet Offensive, near constant demonstrations and large sections of Baltimore and Washington burned out, I walked into Leon’ s on a warm September night, confident that the world was going to be fine and that somewhere out there, a knight in shining armor sought me.Well, things don’t always work out like dreams. We did cause the end of the draft and, oh yes, I did find my knight in shining armor. Absolute bliss! We relocated to San Francisco and lived happily ever after, for at least two weeks!

Nonetheless, despite that and all that came later, especially The Great Plague (AIDS), which knocked out nearly everyone I knew, I found myself back in Maryland and much later, in Baltimore (October, 2017), alive and if not in the best of health, standing tall, without a cane or walker.

Life’s lesson seems to be that it is unknowable, that our reason for existence may be written, but under a misty shroud. So, rather than fret about what is in store for the future, or it’s meaning, I now concentrate upon the journey.

My poor, wrinkled brain overflows with memories, stops along the path, in which I have found others, many angels, as well as a devil or two. Despite everything, I would gladly walk the trail again, for it has been rich in experience and characters.

Look for more “Days Gone By” coming in later May. Till then remember the days gone by!