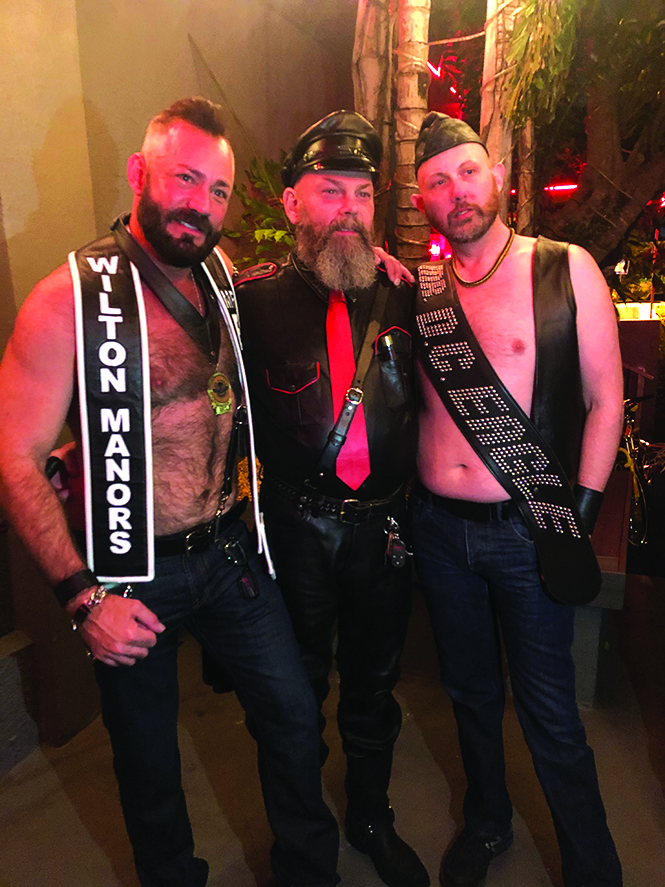 Recently two dear friends who I met in the 1980s at The Gallery bar in Baltimore, back when it was a leather bar, announced that they were moving to Florida. Although not officially involved with any leather club, Charles and Dean have anyways been big supporters of leather club events. They became just the latest members of Baltimore’s leather community who are trading Fort McHenry for Fort Lauderdale. I myself recently returned from visiting friends in Fort Lauderdale and I ran into many people who I know. With the large number of Baltimore leather folks now living in South Florida, it really feels like Fort Lauderdale is becoming Baltimore by the sea. 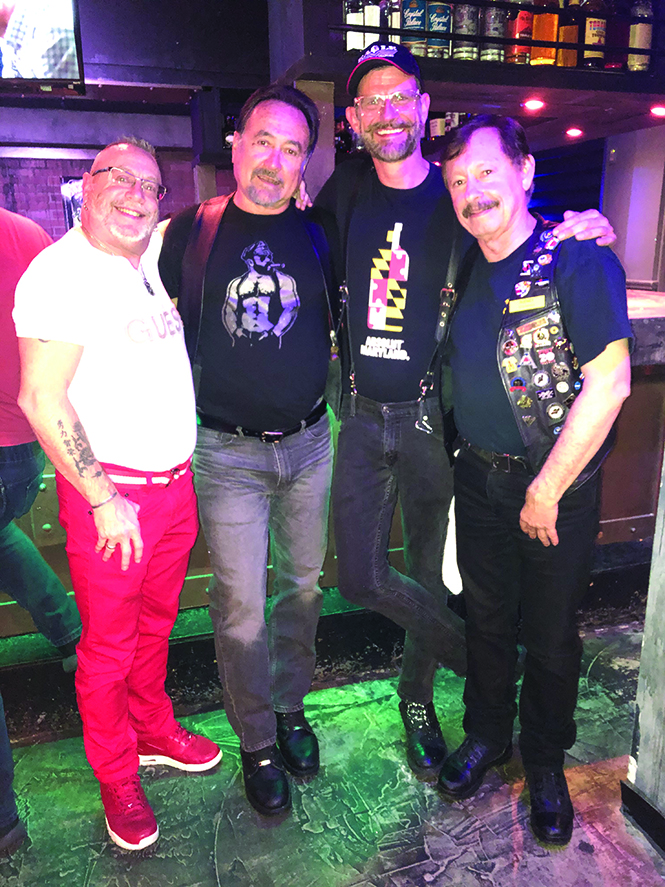 I visited first with ShipMates’ life brother Mike Reisig. Mike and I both joined the ShipMates in 1997 and quickly became close friends. While an active member of the club, Mike held the offices of vice president, pledge master, and anniversary chair. Mike moved to Fort Lauderdale in 2007 when his partner retired. They had taken cruises out of the area and had family nearby. Although no longer in Baltimore, Mike continued to work in the leather community with Fort Lauderdale’s popular Leather Masked Ball. This annual dance and charity event started in 2006 and is put on by a group of volunteers called Lambda Men’s Brotherhood. It is held as part of “Pig Week” (Scheduled this year for November 27th to December 6th.)

After staying with Mike for a few days, I went to spend a couple of days with COMMAND MC members Mike Soderman and Marty Trenchard, who have a beautiful home in Pompano Beach, just next to Fort Lauderdale. Mike and Marty moved from Baltimore six years ago after Mike retired. They considered Palm Springs, California (which also has a large gay population and would be closer to Mike’s daughter) but settled on Florida, which is more affordable and has better weather. On Friday evening we met up with more Baltimore leather community transplants, including Maryland LeatherSIR 2006 Chris Hacker (Monroe). Chris moved to Fort. Lauderdale in 2015 after some time in San Francisco. He moved to Florida to be with a boyfriend, but that wasn’t the only reason. It was also closer to family. After attending the popular happy hour at Hunters, we proceeded across the street to the recently opened Eagle Wilton Manors where we were warmly greeted by proprietor Charles King, Maryland Mr. Leather 2015 Greg King, and Mr. Maryland Leather 2014 David Pfau. Of course, I was with Mr. Maryland Leather 2007 Sir Steve, who spends half the year in Florida. (Also living in Fort Lauderdale are Mr. Maryland Leather 2008 Kris DeBlase and International Mr. Deaf Leather 2007 / Mr. Baltimore Eagle 2005 Jerry Garmany.) Meanwhile back at the Eagle Wilton Manors, I was given the VIP tour by the delightful Mr. Eagle Wilton Manors 2020 Cory David. Also, in the house that night was Mr. DC Eagle 2020 Justin Sawyers and Mr. Philadelphia Leather 2007 John Loesch. 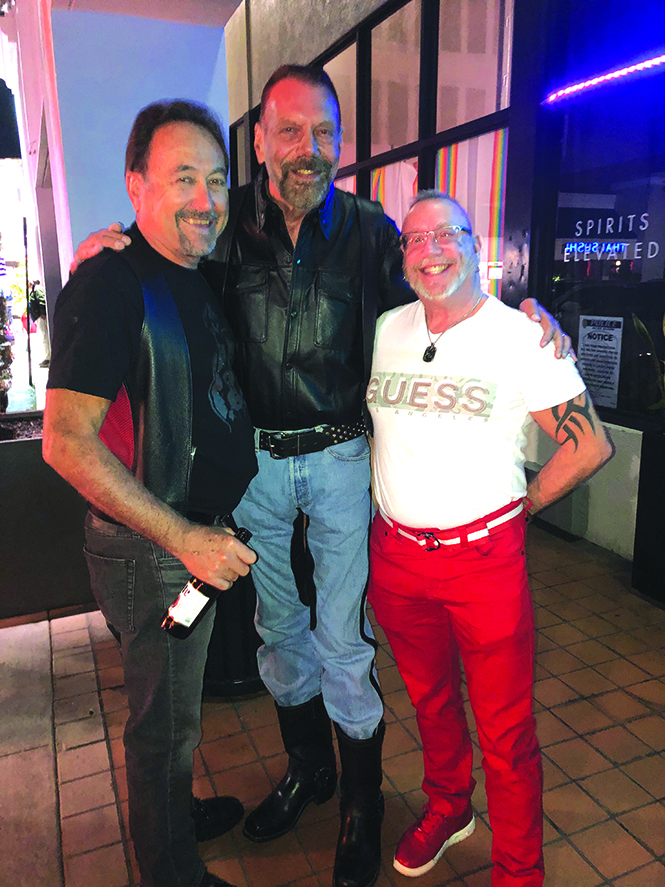 When I went to Fort Lauderdale’s other popular leather bar, Ramrod, I encounter another Baltimore transplant COMMAND MC member Chris Council and I received a big hug from four Mr. Ramrod titleholders. (These leather bar titleholders really know how to represent!) The Ramrod opened in 1994 and is a classic old school leather bar. Sir Steve and I returned to the Ramrod a few days later for a cigar party on the bar’s back deck. At the Ramrod one can also smoke in the bar. I hope to return in October for the Mr. Ramrod Contest.

Fort Lauderdale may be famous for sunshine and beautiful beaches, but on my recent trip I also saw lots of people in leather. No trip to Fort Lauderdale is complete without stopping in the LeatherWerks store and if you are not lucky enough to have friends who will put you up for the night, check out Inn Leather Guest House & Resort. You will also discover the friendly folks from ONYX Deep South and Lambda Men’s Brotherhood. Plus, if you are from Baltimore you will feel right at home. It seems like half of Baltimore’s leather community has moved to Fort Lauderdale making it feel like Baltimore by the sea.