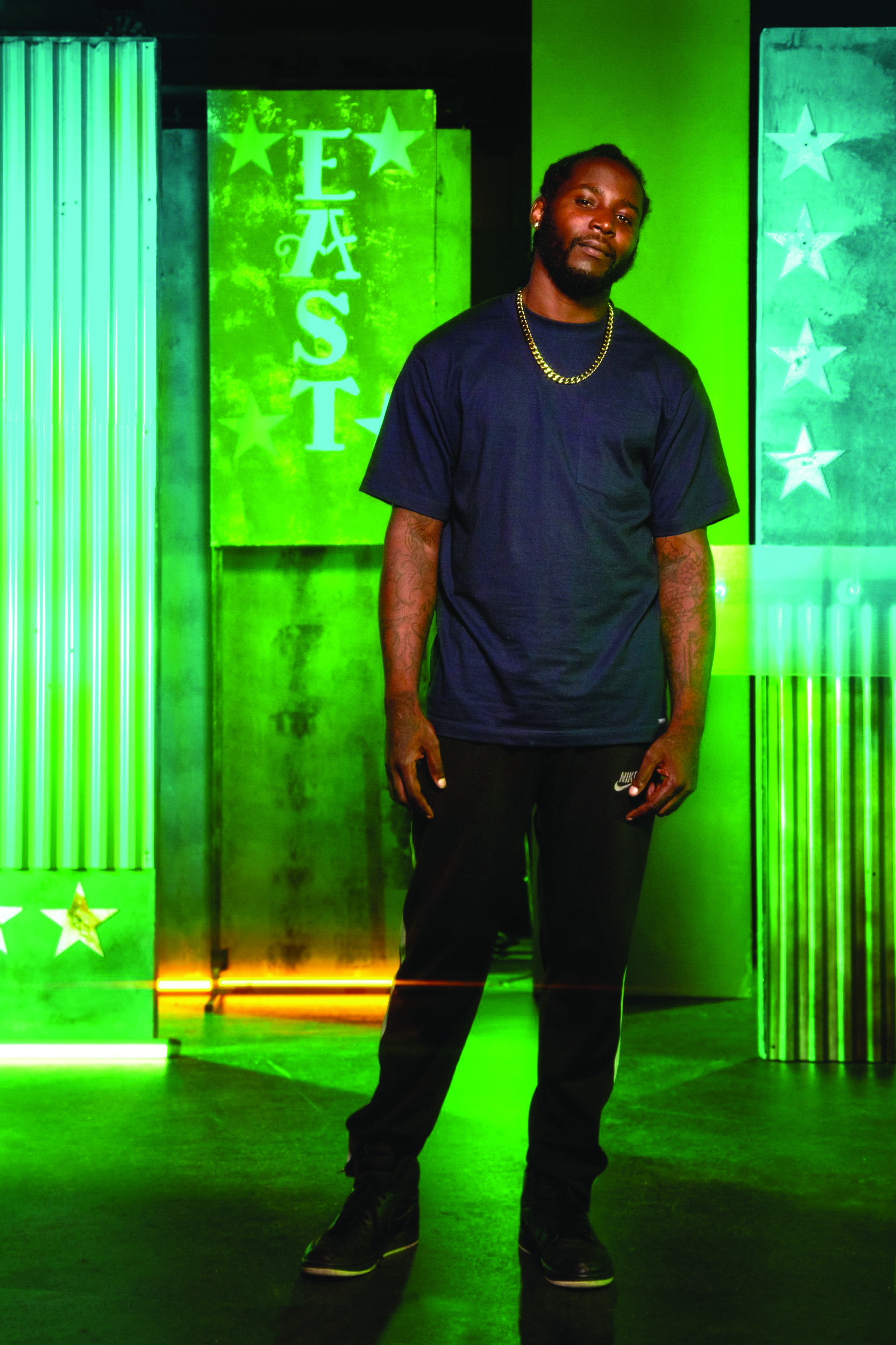 Emac, a Baltimore-based tattoo artist who just represented Charm City in “Ink Master: Turf War,” recently chatted with Baltimore OUTloud. “Ink Master: Turf War” is a reality competition that premiered on January 7th. The show introduces 20 tattoo artists who are split into four teams based on their respective home region. Even though Emac was eliminated in the second episode of the show, he’s taken lessons with him that will help propel him even further in his tattoo artistry career.

Frankie Kujawa: Could you describe for audiences what it was like being part of “Ink Master: Turf War”?

Emac: In general, it was a great experience. It was one of the craziest, fun things I’ve ever done in my life. It really made me look at myself differently. It made me think, like, “Wow you were really able to do this!”

How did it feel to represent Baltimore?

It felt great because the city has a lot going on, right now. It was nice to put something positive out there and it outweighs a lot of the bad that’s going on.

How did you come into doing tattoo art?

I actually started out wanting to do music. I really wanted to be a rapper. I still do music to this day, but I don’t push it like I push my tattoos. When I first moved to Baltimore, I wanted to do music, but I needed money for studio time. I was renting a room where there was a guy who lived below me who did tattoos. He told me that if I ever wanted one to let him know. Eventually, I did but he didn’t really keep his word to actually do it. So, I got frustrated asking and instead I said, “You know what? I’m going to do this myself!” From that point on I bought my kit and started working on myself until I got a general idea. I also watched other artists and Youtube. And then, boom, I started tattooing. I realized that it was more than just money for my music. It started to pay for my life. I was able to buy my car and pay my rent.

What do you try to bring into your work when you’re creating a tattoo?

Flavor. I’m a visual learner. I see images in my mind and the way I see it in my mind is how I want it on skin. So, when people give me an idea, I look at how I would want it or how I would draw it. Ninety percent of the time it’s the greatest idea ever.

What do you hope to take away from the show and use in your career moving forward?

So far, I’ve taken a lot from the show, especially from the way the judges critique tattoos and what they’re looking for. When I came back to Baltimore that’s all I focus on when I do tattoos now. I look at it how the judges would look at it. So, my work is ten times better now. Though I didn’t get to show a lot on the show, I’m not worried. Eventually I will get to show what I’m capable of doing in my work. It’s going to be a great comeback!