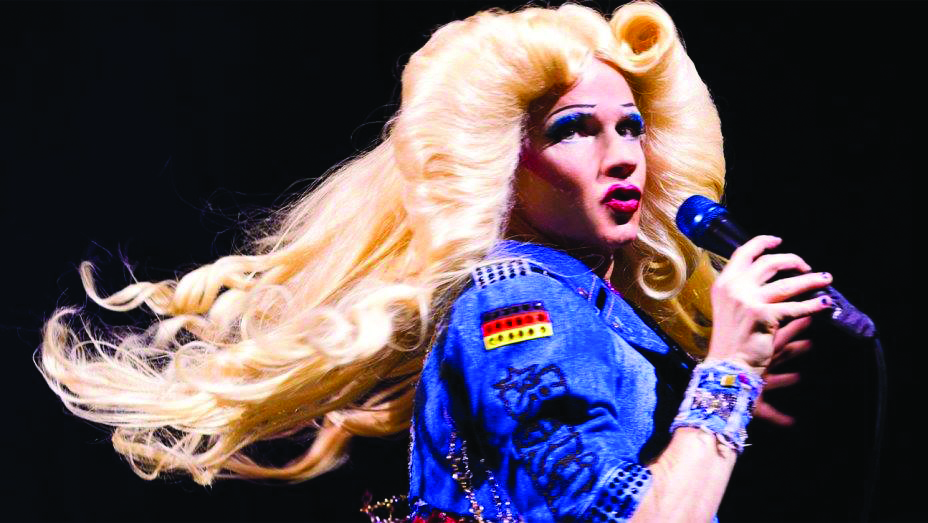 Paulie Gee’s Backbar at Paulie Gee’s in Hamden (3535 Chestnut Avenue, Baltimore) invites you to the next installment of “Backbar Movies” on Tuesday, November 26th from 8 to 10 pm for a screening of Hedwig and the Angry Inch. Enjoy the event voted Baltimore magazine’s 2019 “Best Movie Night” where they pay for the movie, and you get to enjoy it and eat cheap food!

Hedwig and the Angry Inch is the story of an East German emigrant and victim of a botched sex-change operation living in a trailer in Kansas. The 2001 film is James Cameron Mitchell’s film adaptation of the off-Broadway rock theatre hit by the same name and tells the story of the “internationally ignored” rock singer and her search for stardom and love.

Backbar Specials will be featured from 5 pm to closing including half off select wine and Anthem Beer and $6 cheese or vegan cheese pizza (tax included). Specials are dine-in only and only available in the back bar. For more info visit Bit.ly/335koEh.