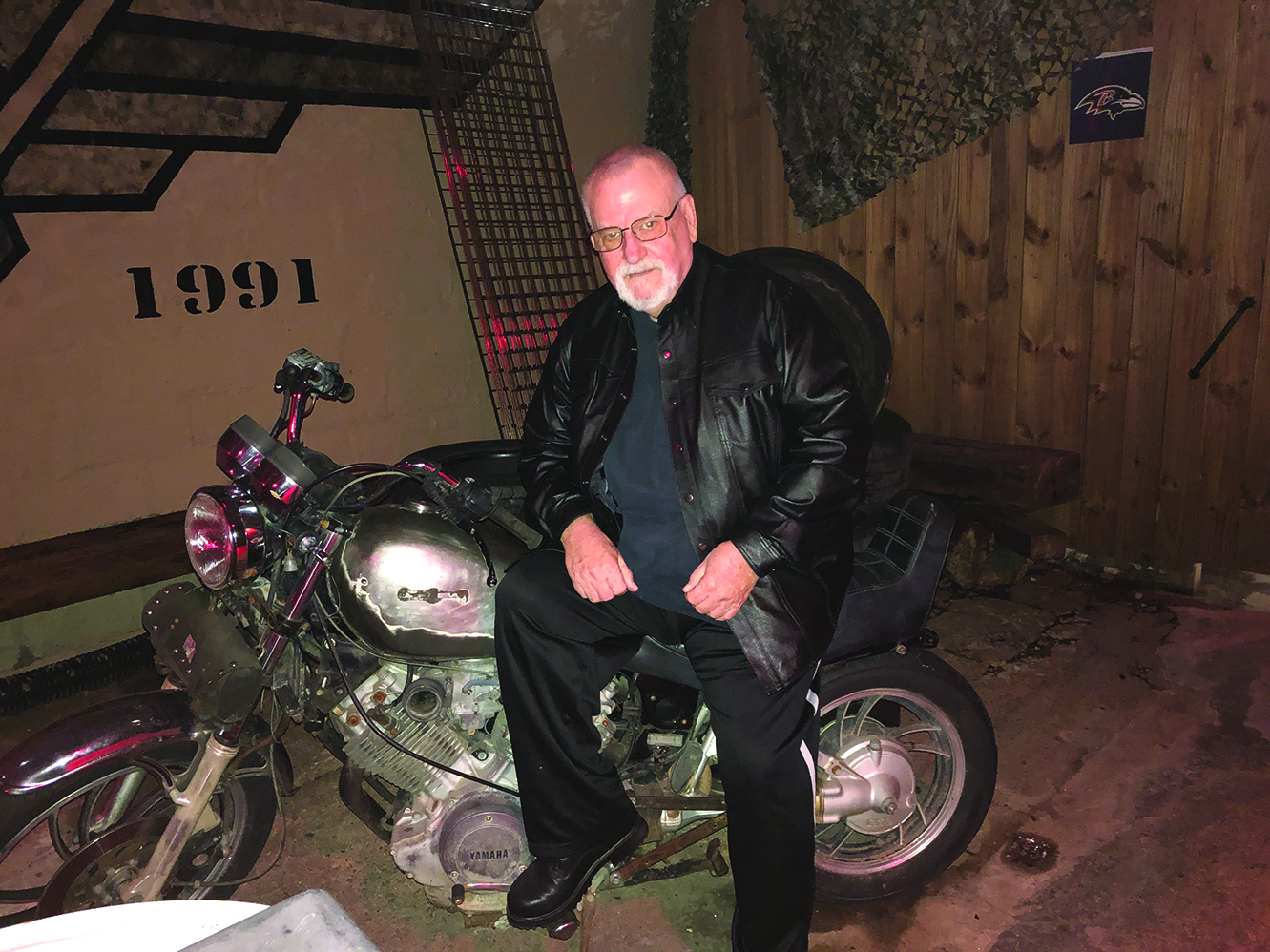 Baltimore has always been a city with an inferiority complex, especially compared to our more glamorous neighbor Washington. I remember how excited I was to attend the opening of Baltimore’s Hard Rock Cafe. I also thrilled at seeing the stars hit the red carpet for the openings of the Baltimore Planet Hollywood and the ESPN Zone. Nothing, however, compared to how excited I was in 1991 when the Baltimore Eagle opened. Recently I sat down with the original founder of the Baltimore Eagle, Thomas Kiple. Tom recently returned to Baltimore from Florida and is back at the helm of Baltimore’s iconic leather bar to “make sure nothing happens to his original baby.”

After 40 years in broadcasting in Detroit and Baltimore, Tom retired. He couldn’t stay retired. He had been to the DC Eagle many times and had always felt the Baltimore’s leather community deserved an Eagle bar as well. He started looking for the right location. It took about two years until he found an old vacant building at Charles and 21st Street. When he first saw the building he thought, “That’s it!” In 1991 he opened the Baltimore Eagle.

Tom traces his interest in the leather community back to the Jack Pine Enduro motorcycle race. When he was 16, he raced motorcycles in Michigan and what do you wear when you race motorcycles? Leather! In 1978 he joined the Spartan Motorcycle Club. The fact that members of this gay leather club were required to have a motorcycle drew him to it. DC had around 17 leather clubs in those days and Baltimore had one, the ShipMates. After the opening of the Baltimore Eagle more Baltimore clubs started including BLADeaf (Baltimore Leather Association of the Deaf), the first leather club for the hearing-impaired community. Tom is also proud that his policy of inclusion led to the Baltimore Eagle having the first ever female Eagle titleholder when Glenda Ryder was sashed Ms. Baltimore Eagle 1992.

Tom describes the original Baltimore Eagle as “living in the belly of a snake.” It was 150 feet long. One entered on 21st street. There were pool tables. The further back into the bar one ventured the darker it got.

In 1996 Tom was ready to retire again. He sold the Baltimore Eagle, as well as a gay restaurant on 25th Street called Billy’s, a salon on Charles Street, his real estate holding company, and a television marketing company and moved to Florida. Life in Florida was good, but soon he got bored again. He decided that Florida needed a big gay resort. He looked around and found a vacant hotel in Saint Petersburg that had been a Holiday Inn. He opened what was billed as the world’s largest gay resort. The Suncoast Resort had seven bars, including a large Eagle, two restaurants, shops, nine tennis courts, two volleyball courts, and a large pool in a central courtyard. The popular Sunday tea dance around the pool would draw 5,000 people. In 2000 the International Drummer leather contest moved from San Francisco to the Suncoast Resort.

In 2001 I was selected as Maryland Mr. Drummer 2001 and arrived at the Suncoast Resort in early October for the contest. Many of my friends and coworkers thought I was crazy for getting on a flight just weeks after 9/11. I asked Tom if any thought was given to canceling or postponing the contest that year.

Tom said that on September 11th he was sitting on the patio. The resort was in a flight pattern and there were always planes flying over. He remembers how suddenly the skies were very quiet. When he heard what had happened, he thought that he would close the resort for a day or two. Soon the resort was flooded with people who said, “We don’t know what is going on and this is our secure place.” He didn’t close and the International Mr. Drummer / Drummerboy 2001 Contest went on as planned. It was a huge success with the contest held in a circus tent and contestants arriving onstage on the back of motorcycles.

The hotel was old and had red tile sewers under it that had started to collapse. Large air conditioning units on the roofs were all done with aluminum wire. When it was time for updates and repairs the estimate was 13 million dollars! It was time to let the resort go. Tom sold the land to Home Depot and the hotel was torn down. The party was over.

Now Tom has come full circle and is back at the Baltimore Eagle. He has lots of fun ideas for promotions. He will be bringing back the popular “Ticket Tuesday.” When you buy a drink, you get a ticket for a drawing for a cash prize. You must be present to win. If the winning number is drawn and the person is not present, the jackpot grows for next week. He recalls that the jackpot once got up to $1,000. There will also be trivia nights and karaoke. The popular outdoor bar is being rebuilt. The lines were recently put in for the soda guns. Dancing will return upstairs and there will also be a lounge area upstairs with sofas where one can relax and have a conversation. The Code Bar is now bigger. There is no cover charge. Tom wants the Baltimore Eagle to be a fun place for everyone. He added, “It will be like Cheers. You know everybody, or you want to know everybody, or you look around and want to know somebody!” Tom’s main plan for the Baltimore Eagle’s future is to bring the fun times back.